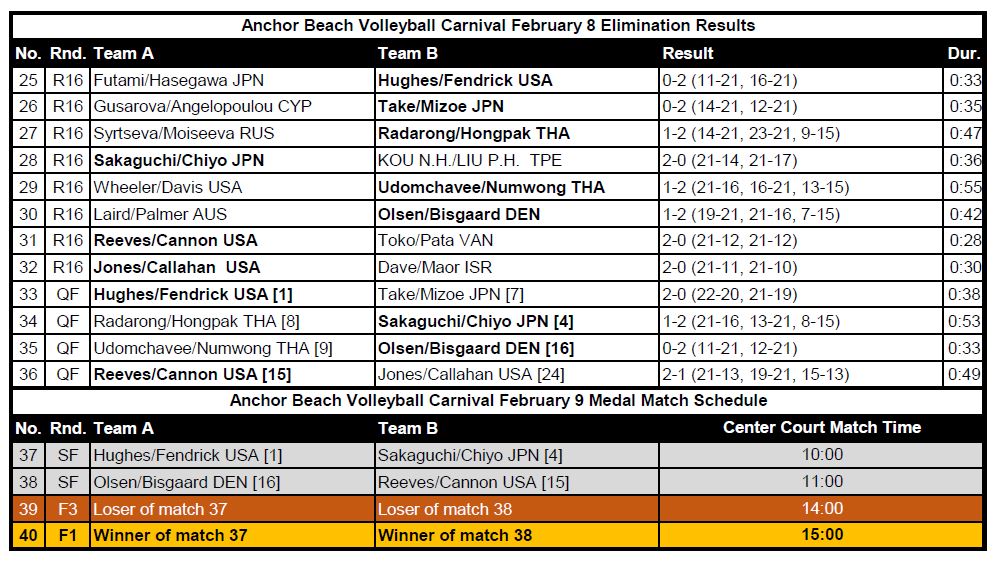 Sunday’s semifinal winners will play in the afternoon for the gold medal and the $4,000 first-place prize in the fourth women’s event on the 2019-2020 FIVB World Tour calendar.  The Anchor Beach Volleyball Carnival is the first women’s FIVB beach volleyball event on the 2020 World Tour schedule with the previous three tournaments being played in China, Israel and Mexico last October and November.

Playing in only their second FIVB World Tour event together with the first being in February 2017, Fendrick and Hughes opened play Saturday with a 2-0 (21-11, 21-16) win in 33 minutes over second-seeded Azusa Futami/Akiko Hasegawa followed by a 2-0 (22-20, 21-19) quarterfinal victory in 38 minutes over seventh-seeded qualifiers Sayaka Mizoe/Takemi Nishibori.

Fendrick and Hughes began Anchor Beach Volleyball Carnival play Friday by losing their first Pool A match in three sets to Callahan and Jones. Bisgaard and Olsen also lost in Friday’s group action to Sakaguchi and Suzuki in the finals of Pool D. 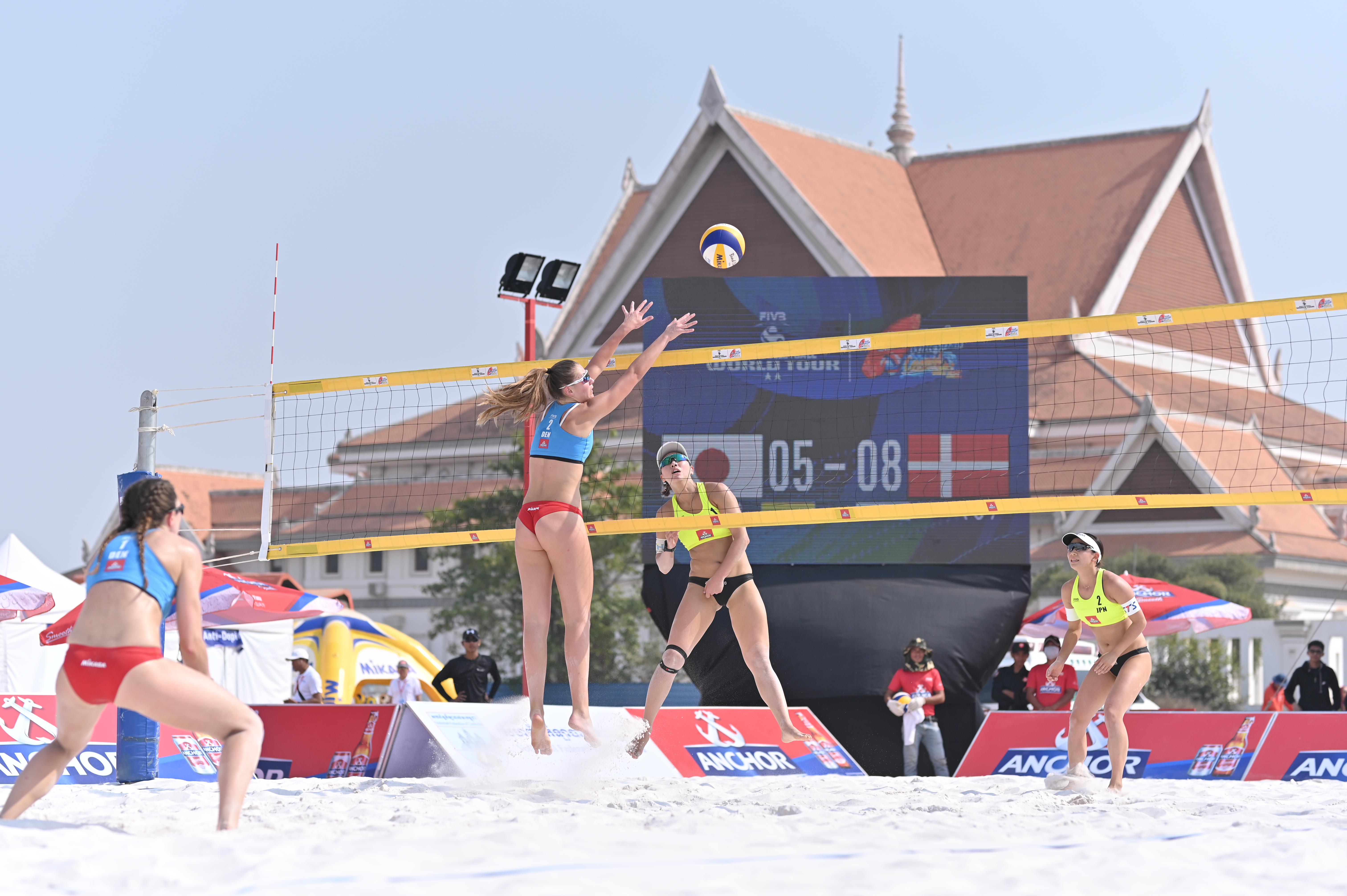 A second-place finisher with April Ross at the 2017 FIVB World Championships in Vienna, Fendrick is playing in her first event since giving birth to her daughter this past June.  The Austrian medal was Fendrick’s only podium placement in her previous 108 World Tour starts.

Sakaguchi/Suzuki and Bisgaard/Olsen defeated teams from Thailand Saturday afternoon to advance to the Anchor final four.  Sakaguchi and Suzuki will be seeking their second World Tour gold medal after topping a FIVB podium this past August in Budapest, Hungary.  A week later in Knokke-Heist, Belgium, Bisgaard and Olsen netted a World Tour silver medal.

Cannon and Reeves, who are playing in their first World Tour event together, also dropped a group match Friday to third-seeded Nicole Laird and Becchara Palmer of Australia in the finals of Pool C.  Bisgaard and Olsen eliminated the Aussies in a first-round elimination Saturday morning.

The men resume play February 20-23 with a Cambodian stop in Phnom Penh. The men will also compete in Malaysia, Australia and Mexico along single-gender stops in Iran (March 3-7 at Bandar Abbas) and Qatar (March 12-15 at Doha). 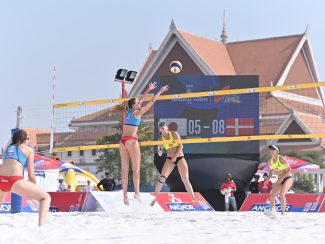 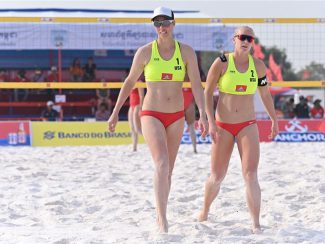