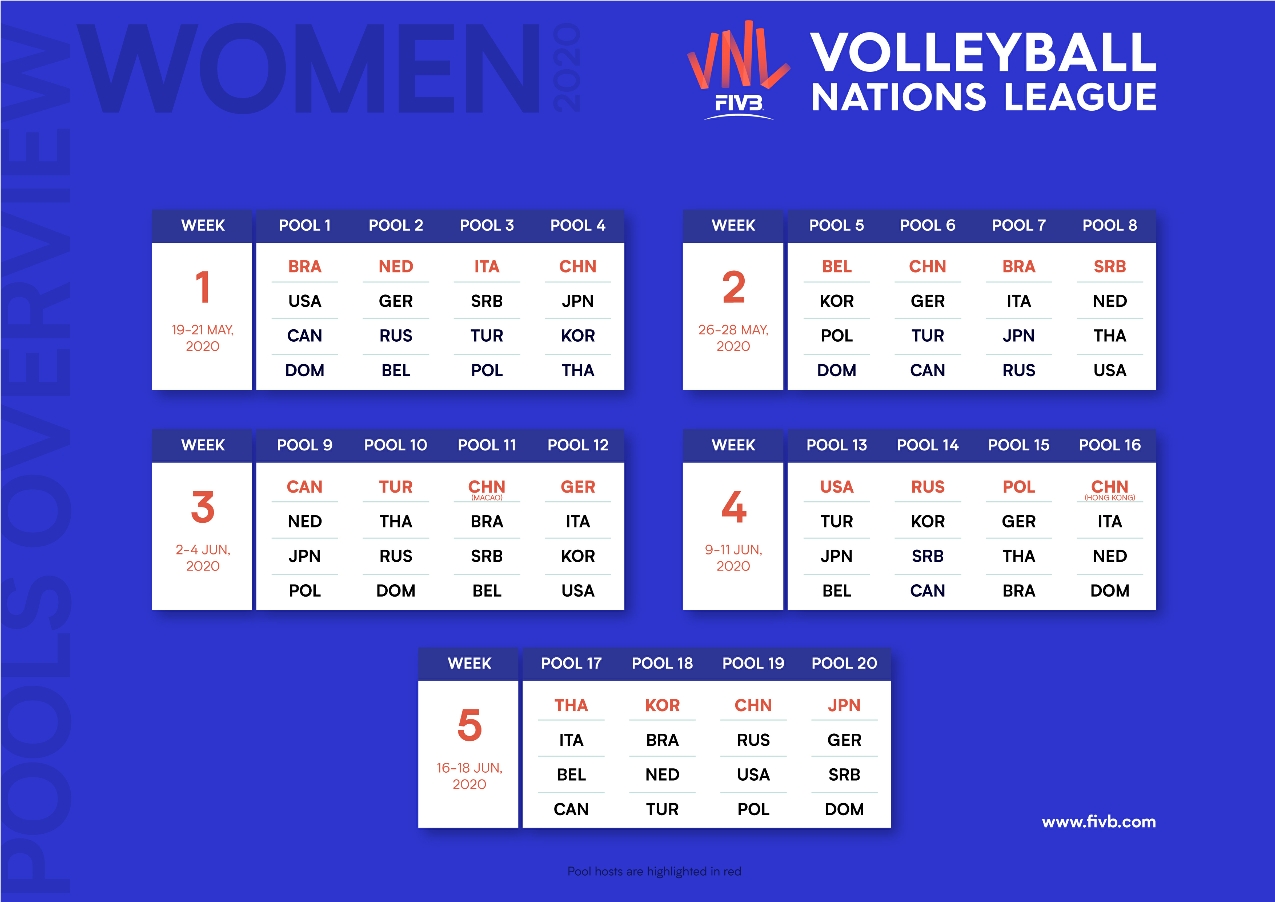 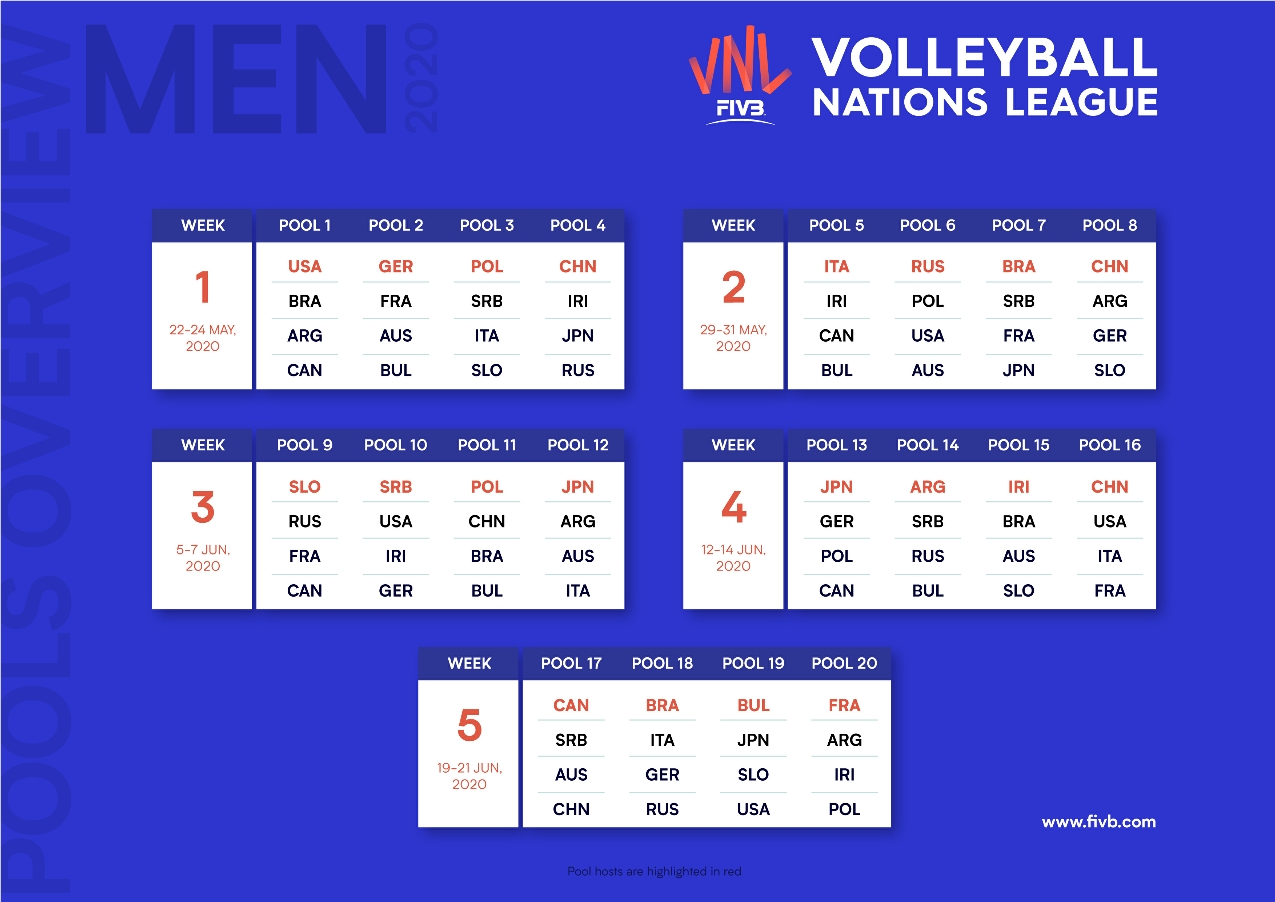 This is the first time in the VNL’s history that Slovenia, who are newcomers to the competition, will host a VNL pool event. China will host six pools (three for men and three for women), and additionally there will be women’s pools in Macao and Hong Kong with the participation of the Chinese national team. Brazil will host four (two men’s and two women’s).

The third edition of the VNL will begin on May 19, 2020 for the women, with the men’s competition starting on May 22. In each gender, 16 of the world’s best teams will compete in a round-robin format all over the world for a place in the VNL Finals with Russia out to defend their title in the men’s competition and USA in the women’s.

The 2019 FIVB Volleyball Nations League saw more digital fan engagement than ever before.

In only its second year, and with a new approach to digital content, this year, the event attracted 550,000 new social media followers, four times that of 2018! Across all channels, more than 52 million minutes of live action, highlights and clips were watched and shared by fans, while an impressive 3.8 billion social media impressions were registered over the course of the VNL!

The #VNL showed incredible growth across all of its digital platforms, recording more than 10 million views on YouTube, a gigantic leap of 778% year-on-year.

“The VNL has continued to go from strength to strength and we are delighted that we are able to bring volleyball to new audiences.

“I have no doubt that the 2020 VNL will captivate volleyball fans around the world once again.”