The first stage of the competition from September 14-19 will see the 12 teams divided into two groups of six, playing in a round robin system. The next stage will be played in Sapporo and Toyama from September 22-24 before moving to Osaka for the final stage from September 28-29.

Defending champions China headline the group in Yokohama together with hosts Japan, Cameroon, Russia, Korea and the Dominican Republic. China have four World Cup titles, including the last edition and victories in 1981, 1985 and 2003.

Newly crowned European champions Serbia will be looking to recoup from their title loss to China in Nagoya in 2015, along with bronze medallists the United States and strong contenders the Netherlands, Brazil, Argentina and Kenya in Hamamatsu.

The current edition of the Women’s World Cup is an opportune time for competition ahead of the 2020 Olympic Games, which will be held in Japanese capital Tokyo. The podium finishes in the previous edition provided significant results at Rio 2016, where the top three World Cup teams – China, Serbia and USA – eventually climbed the podium with the same medals.

USA and Kenya will start the order of matches in Hamamatsu at 11.00 local time, followed by the encounter between Argentina and the Netherlands at 14.00 and the exciting matchup between Serbia and Brazil at 17.00.

Meanwhile, Cameroon and Russia will open the tournament in Yokohama at 12.30, then China will play in the all-Asian derby with Korea at 15.00. The home team will be the main header as they go up against the Dominican Republic at 19.20. 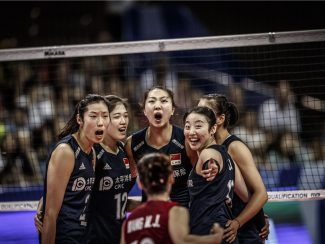