Beijing, China, April 2, 2019 – FIVB President Dr. Ary S. Graça F° met the President of the Chinese Olympic Committee and Director of the State General Administration of Sports, Gou Zhongwen, in Beijing last week to discuss the great progress made on developing volleyball in the country.

Two years after the previous meeting between Dr. Ary Graça and Mr. Gou Zhongwen, the two leaders sat together to update each other on great results achieved in bringing more volleyball and beach volleyball events to China, as part of a collaboration between the FIVB and the Chinese Volleyball Association (CVA). Another target was to improve the men’s national team level to that of the women’s, which the CVA is still working hard on but initial results have been very positive.

Following the meeting, the FIVB President said that he was pleased with the discussions and hopes the successful strategic partnership between the two organisations will continue long into the future. 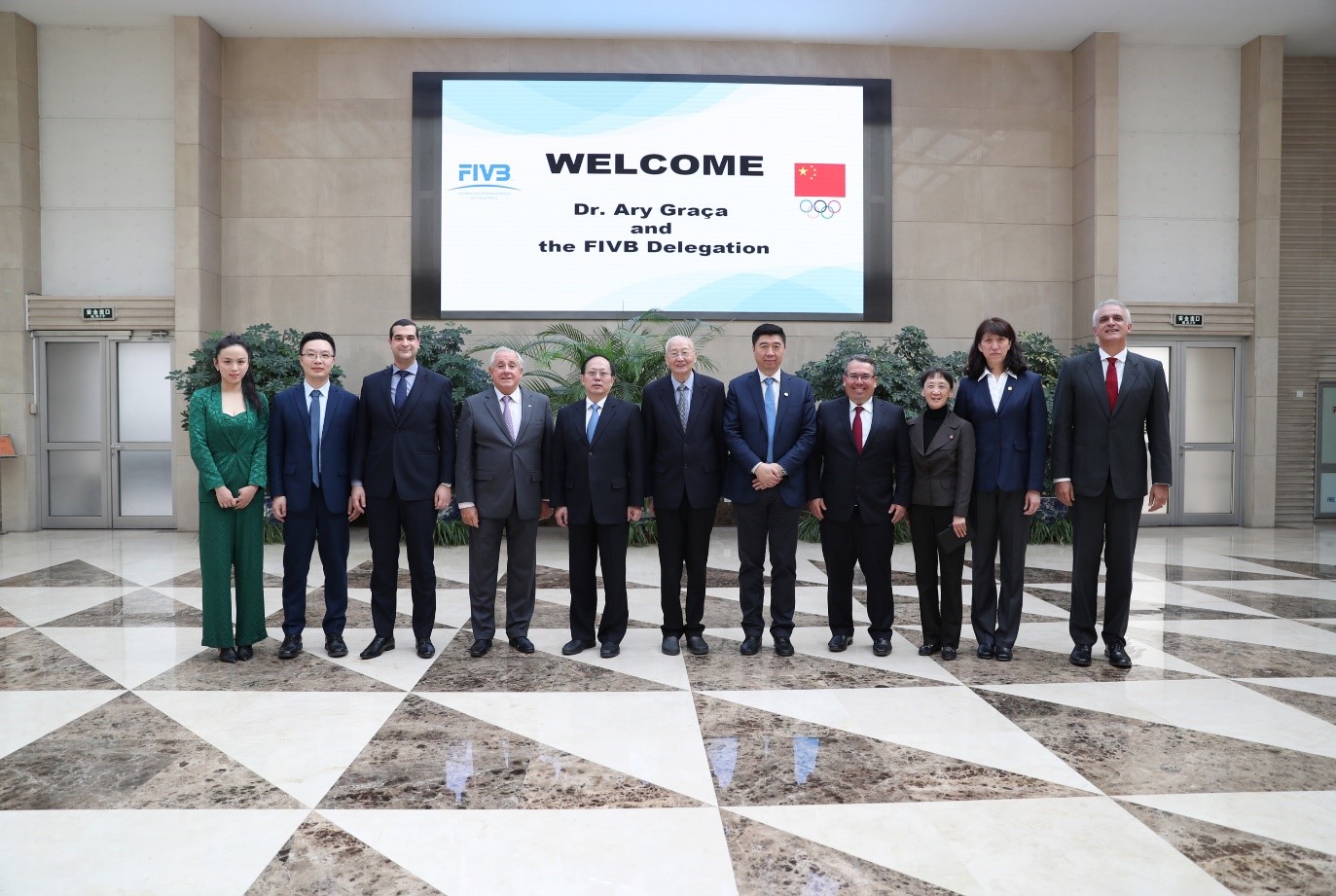 “China continues to be one of the FIVB’s great supporters and partners. We are pleased to learn that the popularity of volleyball continues to grow, especially as China is now hosting more international events than ever before, giving their athletes numerous opportunities to play in front of their passionate fans.

“I was delighted to inform Mr. Gou that China is now staging nine stops of the 2018/2019 FIVB Beach Volleyball World Tour, as well as the FIVB Beach Volleyball Olympic Qualification Tournament. In volleyball, the country is also going to host the FIVB Tokyo Volleyball Qualification Tournaments for both women and men, several pools of the VNL and of course the VNL Women’s Finals. This is exactly what we discussed two years ago and, with successful implementation, everyone can see the positive results that have been achieved.”