As the biggest media organisation in China, Xinhua News Agency is one of the most influential outlets. The FIVB delegation, led by the FIVB President, was welcomed by Xu Jiren, Director of Sport News Department, Zhou Jie, Deputy Director of Sports News, and Wang Jingyu, Director of New Media Centre.

The organisations discussed the possibility of collaboration and the potential establishment of long-term relationships. The meeting was followed by an exclusive interview with the FIVB President to the agency.

During the meeting the FIVB President said: “China is an important partner for the FIVB, we have recently opened our office in the country. What Xinhua News Agency is doing in terms of technology and innovation is what the FIVB is doing for our events, and we look forward to discussing the future collaboration between our organisations.” 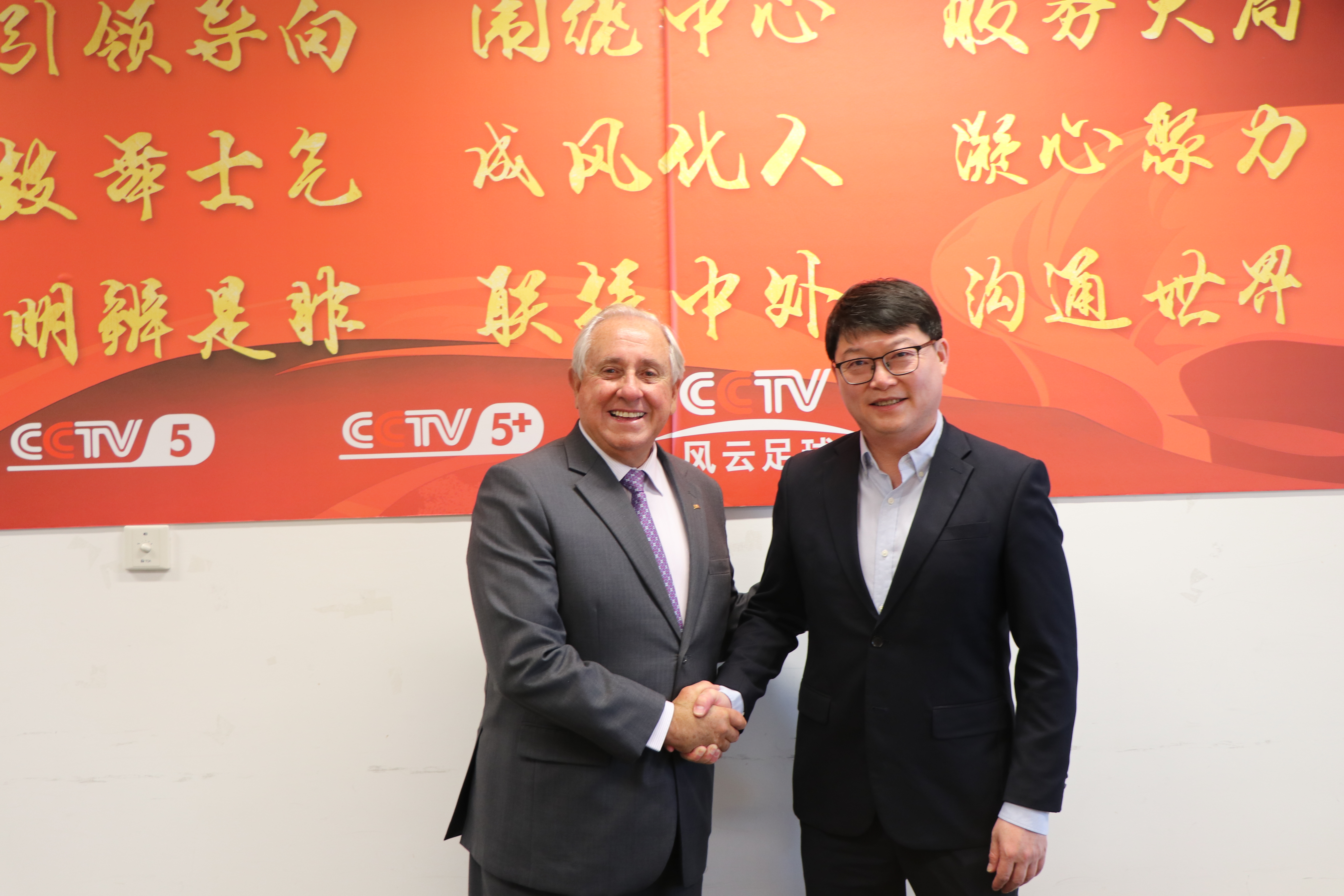 The FIVB President also met Fang Gang, CCTV’s Director of Sports Channels, to discuss potential cooperation with the Chinese state television broadcaster, including for digital media. Both parties expressed an interest in creating long-term relations for the benefit of both men’s and women’s volleyball and beach volleyball in China.

“We are open to the discussions regarding the potential cooperation with CCTV and we will continue the dialogue established today. China is now staging nine stops of the 2018/2019 FIVB Beach Volleyball World Tour, as well as the Beach Volleyball Olympic Qualification Tournament. In volleyball, the country is also going to host the Volleyball Olympic Qualification Tournaments for both women and men, several pools of the VNL and of course the VNL Women’s Finals. It’s crucial for us to have trusted and influential media partners in order to promote these events and our sport in general.”