Various meetings, including with the players, were held in the Philippines 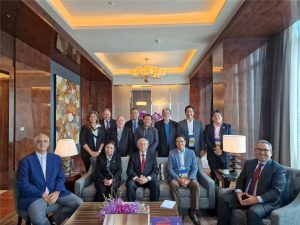 Meeting with the PNVF Board

The FIVB President met with the Philippines National Volleyball Federation (PNVF) Board members under the leadership of its President, Ramon Suzara. The discussions were focused on the VNL 2022 pools hosted in the country as well as future hosting opportunities for the Philippines and the FIVB coach support provided by the FIVB to the PNVF’s national teams. 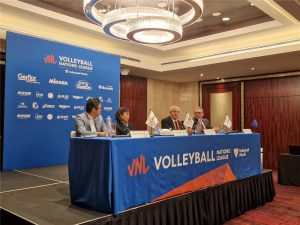 FIVB President Dr Ary S. Graça F° also joined the press conference with local Filipino media to discuss the country’s potential and its national teams, as well as his overall vision for the sport in Asia. He also praised the PNVF for the great organisation of the VNL 2022 pools and reiterated his commitment to empowering its national teams, ensuring that passionate local fans can also cheer for their own teams. 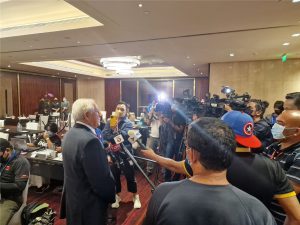 Later that day, FIVB President Dr Ary S. Graça F° held a meeting with the Asian Volleyball Confederation (AVC) Zonal Association Presidents who were present in the Philippines. Together, they explored the development of the sport in their respective zones, and the support the FIVB can provide to further boost the level of volleyball around Asia. 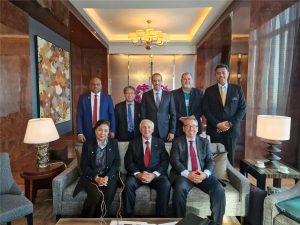 Following the meetings, the FIVB President attended the VNL 2022 match between Japan and Italy where he also had an opportunity to meet the Philippines’ national volleyball and beach volleyball male and female players. He encouraged them to continue training hard and believing that one day, they will be competitively playing against the top volleyball nations in the world.

“We had many opportunities today to speak to members of the Asian Volleyball Family and the Philippines’ media and TV. I especially enjoyed attending a great five-set volleyball match between Japan and Italy, and talking to the Philippine national team players about our vision for the sport in the country and Asia. I am truly committed to work together to build a plan to boost the development of our sport here in the Philippines as well as in the Asian Volleyball Confederation.”