FIVB President Dr Ary S. Graça F° held individual meetings this week with the National Federations of the Asian Volleyball Confederation (AVC) during his visit to the Philippines during the Volleyball Nations League (VNL) 2022 pool. 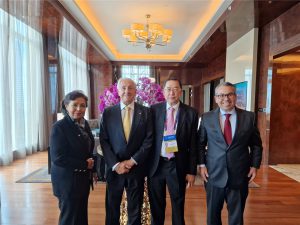 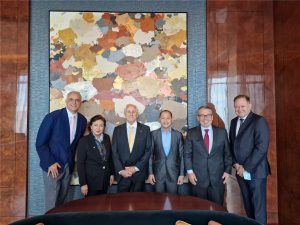 The FIVB President talked to the AVC National Federations on how to combine the efforts and work together to boost the development of volleyball and beach volleyball on the continent under the leadership of AVC President Rita Subowo. 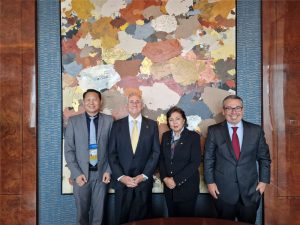 During the individual meetings, the FIVB President had an opportunity to listen first hand to the National Federations’ challenges and future plans. Many important topics were discussed incluiding the opportunities for support available via the FIVB’s Volleyball Empowerment programme. 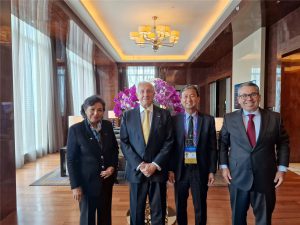 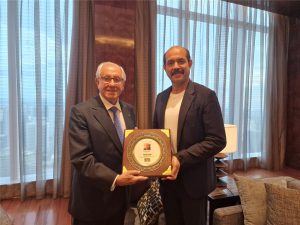 “I am very pleased to be here in the Philippines to participate in various meetings with the Asian Volleyball Family and, of course, attend the matches of the VNL 2022 which is proving to be a big success here. This week, I have a key opportunity to listen to the AVC National Federations first hand and work together to build a plan to boost the development of our sport here on this beautiful continent.

“Volleyball in Asia has a great present and future with many strong volleyball and a loyal fanbase. The FIVB is eager to support the AVC National Federations to further support the development of the sport here via good projects relating to coaching support, volleyball equipment support and knowledge transfer programmes.” 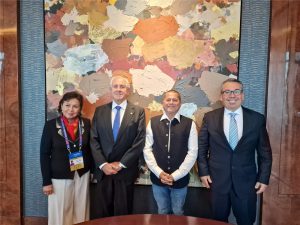