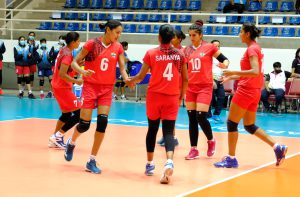 Fresh from 3-0 rout of Singapore in their opening clash on Friday, India made a strong start in their second encounter against Uzbekistan, which suffered their first loss at the hands of Malaysia the previous day. The well-established Indians led initially 8-3, thanks to powerful attacks from Anushree K.P. and Nirmal. However, Uzbekistan gradually pulled their game together, with Ezozakhon Sativoldieva firing some good shots and Khurshidabonu Rustamova and Nozima Jamolova producing solid blocks to reduce the gap 8-12. 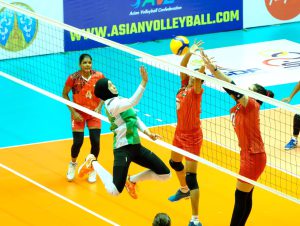 Cheered on lustily by substitutions by the courtside, Uzbekistan upped their tempo to win back-to-back points, seizing the chance when the Indians started to lose their touch, and inch closer for meeting the rivals 14-16. However, India still had enough to hold them off. Talented Soorya S, who stands 184cm tall, showed her exceptional tactics to overcome the smaller blockers with her lightning-fast spikes and scored four points in a row to give India a five-point clear for the commanding 20-14 lead. Uzbekistan regrouped and hit back to win some crucial points, but their good show came too late. India went on their attacks to win the first set 25-16. 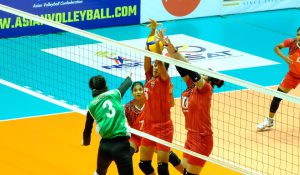 Conceding one set, Uzbekistan tried hard to regain their form and the lost pride, but things still turned sour for them as the Indians found their groove and began to run away with it. After racing to an early 12-7 lead, India punctured the Uzbek defence apart with their explosive attacks and advanced 20-10 and stretched it to 22-12. After that, the Indians allowed the spirited rivals only one more point to wrap up the comfortable set 25-13 to claim two sets in a row. 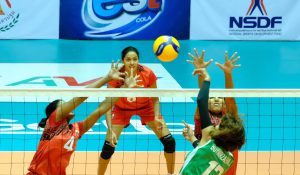 In the third set, Uzbekistan improved on their reception and Khodisakhon Toshkenboeva and Nozima Jamolova were defending brilliantly at the net and the team’s all-out efforts bore fruits as they levelled the score at 6-6. During this crucial moment, Uzbekistan replaced many players to improve their game strategy. Still, their intention was short-lived as India continued their winning streak. Although Uzbekistan did their best in an effort of making amends for the two-set loss, India showed how far they had come and stormed on to win the set 25-16, again without much effort, and match. 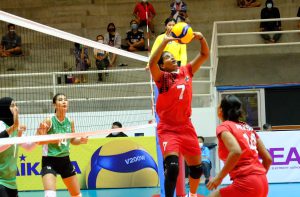 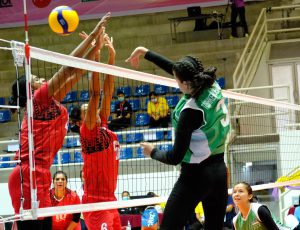 After the match, Soorya S, India’s top scorer in this match, said, “Despite the win, I found it very hard to perform my best. Under stress, I had to carry out my highest level. However, I would like to thank fans for supporting my team. We will do our best in this tournament.”

On Sunday, India will play Malaysia, while winless Uzbekistan will go up against Thailand Women’s U20 squad.