The Olympic gold medal was presented Friday at the opening of an exhibition on Chinese Sports Culture held at the Capital Museum.

The 33-year-old Wei said that she hoped the spirit the Chinese women’s volleyball team demonstrated in fighting for the glory of the motherland through united and coordinated efforts could inspire all. 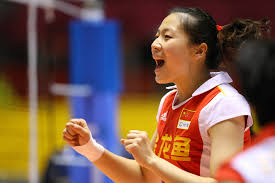 Wei was captain of the Chinese women’s volleyball team between 2008 and 2012. She helped the Chinese team win Olympic title in Rio de Janeiro in 2016. After the 13th Chinese National Games in 2017, Wei announced her retirement as a professional volleyball player.

The exhibition, co-hosted by the Chinese Sports Museum and Capital Gymnasium, features more than 200 items including Olympic torches, medals as well as relics related to ancient Chinese sports.