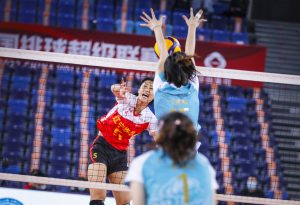 Against Liaoning, the team they had already beaten in straight sets in the first game of the Thursday’s semifinals, Tianjin demonstrated their power and amazing strength to take the comfortable first set 25-14. 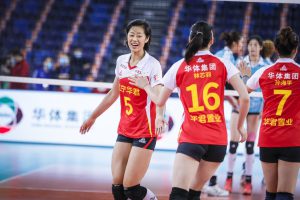 In the second set, Liaoning’s defense was tenacious, and a stable pass drove the offensive end to play. Shi Bingtong and Duan Fang’s firepower fully opened up, steering the team to maintain the lead. At the end of the set, Tianjin relied on Melissa Vargas’ devastating attacks  to successfully close the margin at 24-24. The outstanding performance of Xu Jianan at the critical moment helped Liaoning widen the gap, but Tianjin still succeeded in blocking for the eventual set win 31-29. 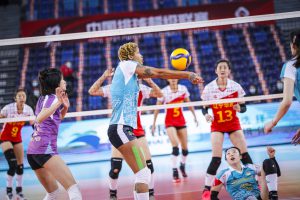 In the third set, Tianjin blocked consecutively and attacked aggressively, which caused the opponents to get stuck in the round, and once led by as many as 7 points. In the end, with Li Yingying’s big spikes, Tianjin won the set 25-20. Winning two straight games in the semifinals helped Tianjin secure a spot in the final. In the other semifinal clash between Shanghai and Jiangsu, the latter performed well to win the first game on Thursday, but things turned sour for them the following day as the former came back to win the hard-fought match. In the second game on Friday, Jiangsu still continued their stable defensive counterattacks to take the first two sets 25-21, 25-23, but in the third set, the scores between the two sides continued to be stalemate. In the middle of the game, Jordan Larson succeeded in the last three attacks and helped Shanghai open the point difference. In the end, Shanghai regained their form to win 25-20. 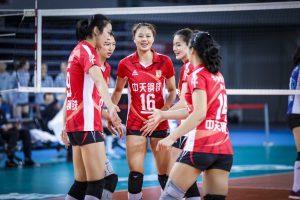 Facing the opponent’s counterattacks in the fourth set, Jiangsu failed to make their mark, while Shanghai performed more decisively on the offensive end to clinch the set 25-16 for a 2-2 tie, forcing a tie-breaker. 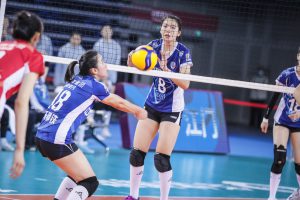 In the decider, Shanghai played momentum, and finally relied on Zhong Hui’s spectacular attacks to help the team win the fifth set 15-9.

Both Jiangsu and Shanghai took one game apiece in the semifinals. They will compete in the decider on Saturday to determine another team to play Tianjin in the final. 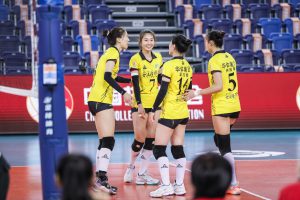 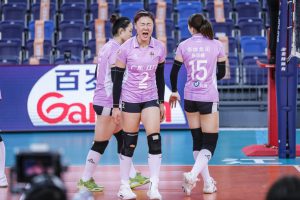 After two rounds, Fujian and Shandong remained undefeated, and will face each other on Saturday to determine the fifth and sixth places in the League. Guangdong and Shenzhen lost both rounds and will play the Guangdong Derby to decide the seventh and eighth positions.