Taipei, Chinese Taipei, April 24, 2019 – Iran’s Cultural and Sports Club of Varamin Municipality keep their high hopes on competing in the final showdown of the 2019 Asian Men’s Club Volleyball Championship alive with a fantastic straight-set 25-20 25-15 25-20 win against hosts Taichung Bank at the University of Taipei (Tianmu) Gymnasium on Wednesday.

Alireza Jalali led Varamin Municipality with 10 points from 7 attacks and team-leading 3 blocks, while Kao Wei-Cheng emerged as the top scorer of Taichung Bank, whose age average is 21.4 years, with 11 points including 9 attacks, one block and one ace. Captain Wu Tsung-Hsuan added 9 points, all from powerful attacks.

Ace spiker Alireza Jalali opened up aggressively to score the Varamin’s first three points in the opening set, but the host side, cheered on by slim crowd of home fans at the venue, raced to a 6-4 advantage. Varamin’s head coach Mohammadirad Rahman requested for the “antenna touch” challenge and it was successful, leaving both teams to level at 5-5.

From then on, the host side mixed the excellent offensive mobility from spectacular attacks from Kao Wei-Cheng and left-hander Wu Tsung-Hsuan to stay a two-point clear at 8-6. As Taichung Bank remained firm defensively, Varamin unleashed a series of exceptional attacks and solid blocks to catch the host team with 12-12 and again 15-15 before the four successive points from the Iranians moved the team ahead 19-15. Taichung Bank challenged seriously and their determination almost paid off impressively as they reduced the gap to 19-20 before the tough rivals stormed on to win the set 25-20.

Varamin took command initially in the second set, with Alireza and Behnam Ebrahimi on target, and the rivals struggled as they were being picked apart by the duo’s huge attacks. The Iranians led from the start 8-4 and advanced to stay a 10-point clear at 16-6. The rhythm was still with Varamin as the Iranians made short work of the host side to wrap up the comfortable set 25-15.

The third set was similar as the first one when both teams poured everything to win the on-going battle. As the Iranians led 24-18, needing a point to win the set and match, Taichung Bank heightened their defence to save two match points. Nonetheless, shortly after that, Varamin were all smiles seeing a spike from Chiao Hsuan-Cheng went to the net. The Iranian team eventually won the set 25-20 and match.

Varamin’s head coach Mohammadirad Rahman said after the match, “It was important match since we were fighting in the quarter-finals. I think this young Chinese Taipei team have a good future and they showed good volleyball. Before the match, everybody might know the results and we respect them, we played strong against them. We next play Chennai Spartans in the semi-finals. They are a strong teams with good players. I think we will have a great fight tomorrow. It’s very difficult to expect our match against the Indians. However, I think they have some weak points we can find out the way to play them.” 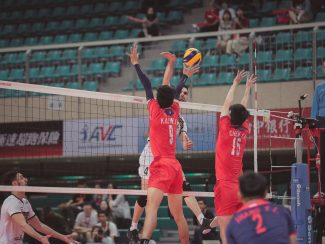 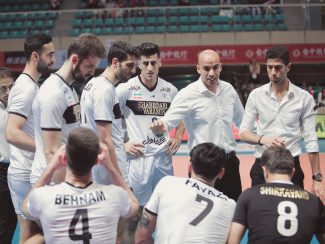 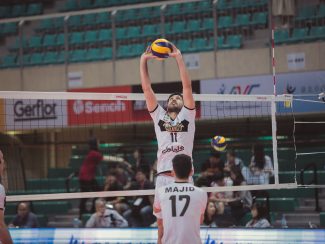 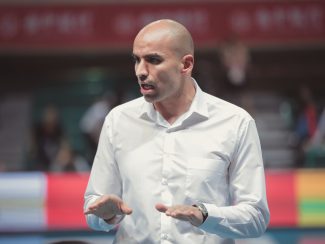