Lausanne, Switzerland, May 1, 2019 – The 16 teams in the second edition of the women’s FIVB Volleyball Nations League have registered their players ahead of the competition that kick-starts this year’s exciting volleyball season. Current lists of 30 players per team will be shortened to lists of 25 players by May 11.

The team pages on the dedicated VNL website put all the information at your fingertips in the run-up to and during the tournament. As well as information about the players registered for the competition they also feature team and coach profiles. 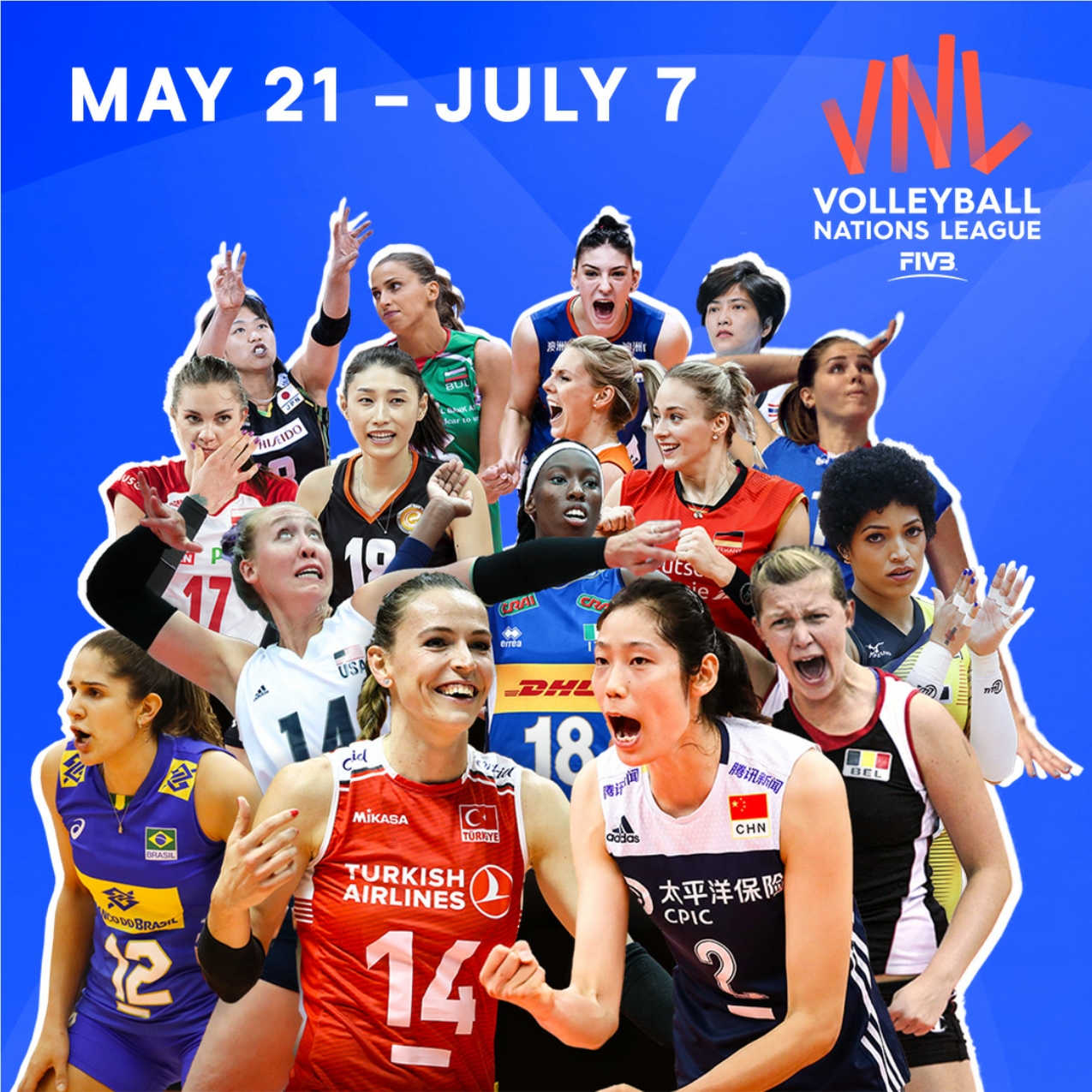 Players returning to the competition include 2018 MVP Michelle Bartsch-Hackley of the United States. She is joined by 2018 Dream Teamers TeTori Dixon (USA), Zhu Ting (China), Cansu Ozbay and Eda Erdem Dundar (both Turkey) and Tandara Caixeta and Suelen Pinto (both Brazil). Other players to look out for include 2018 world champions Maja Ognjenovic and Tijana Boskovic from Serbia, top scorer Paola Egonu of Italy and a host of athletes from the world’s best club championships.

Log on now to find out which players are included. You can also browse the competition website for information about the competition format, match schedule, host cities and the latest news.

The Women’s VNL begins on May 21 as 16 national teams take to the courts for the first week of action in the Preliminary Round. The competition culminates with the women’s Finals, which take place in Nanjing, China from July 3 to 7.