Tianjin, China, April 26, 2019 – The General Technical Meeting of 2019 Asian Women’s Club Volleyball Championship was held here at the Conference Hall of Holiday Inn Tianjin Wuqing to finally confirm matters of competition, refereeing, press, VIS, etc get set for the opening of the competition on Saturday morning. 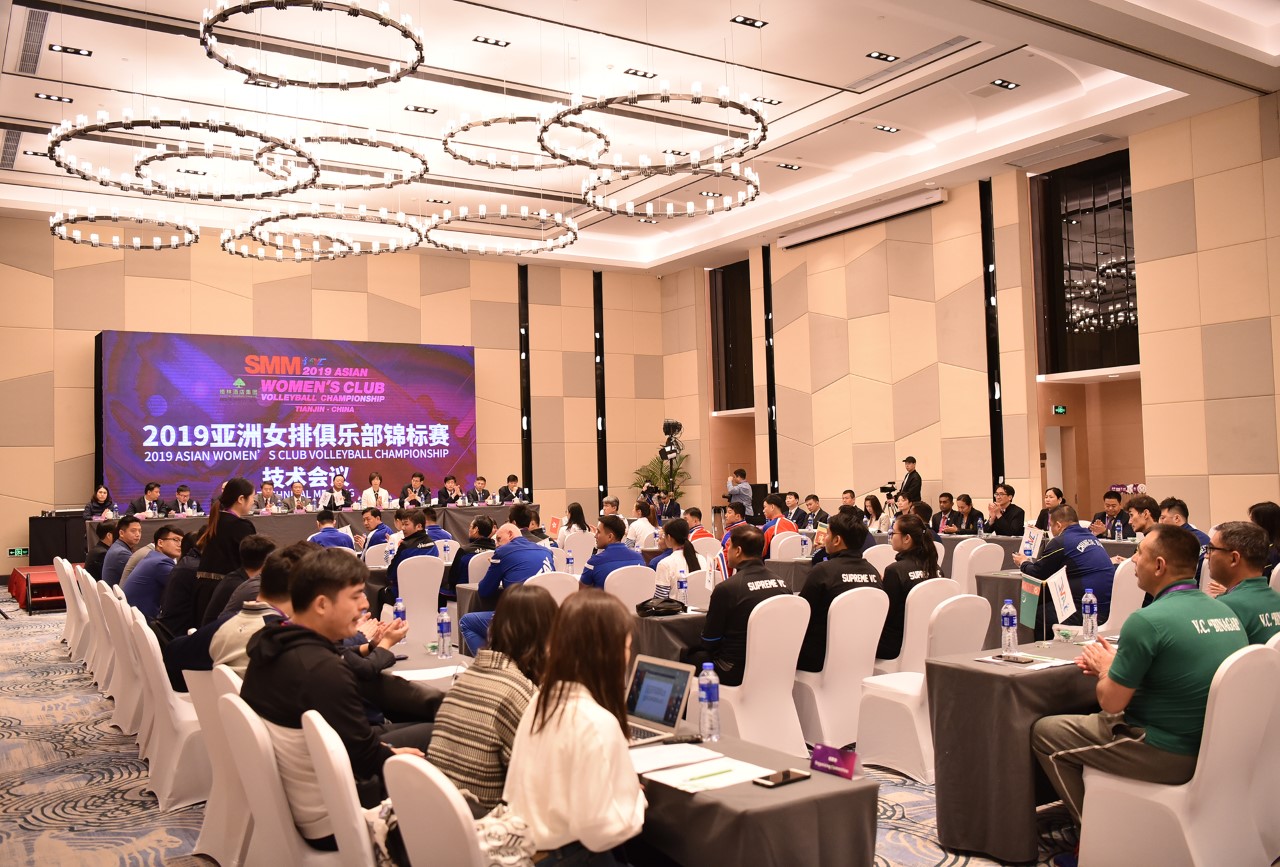 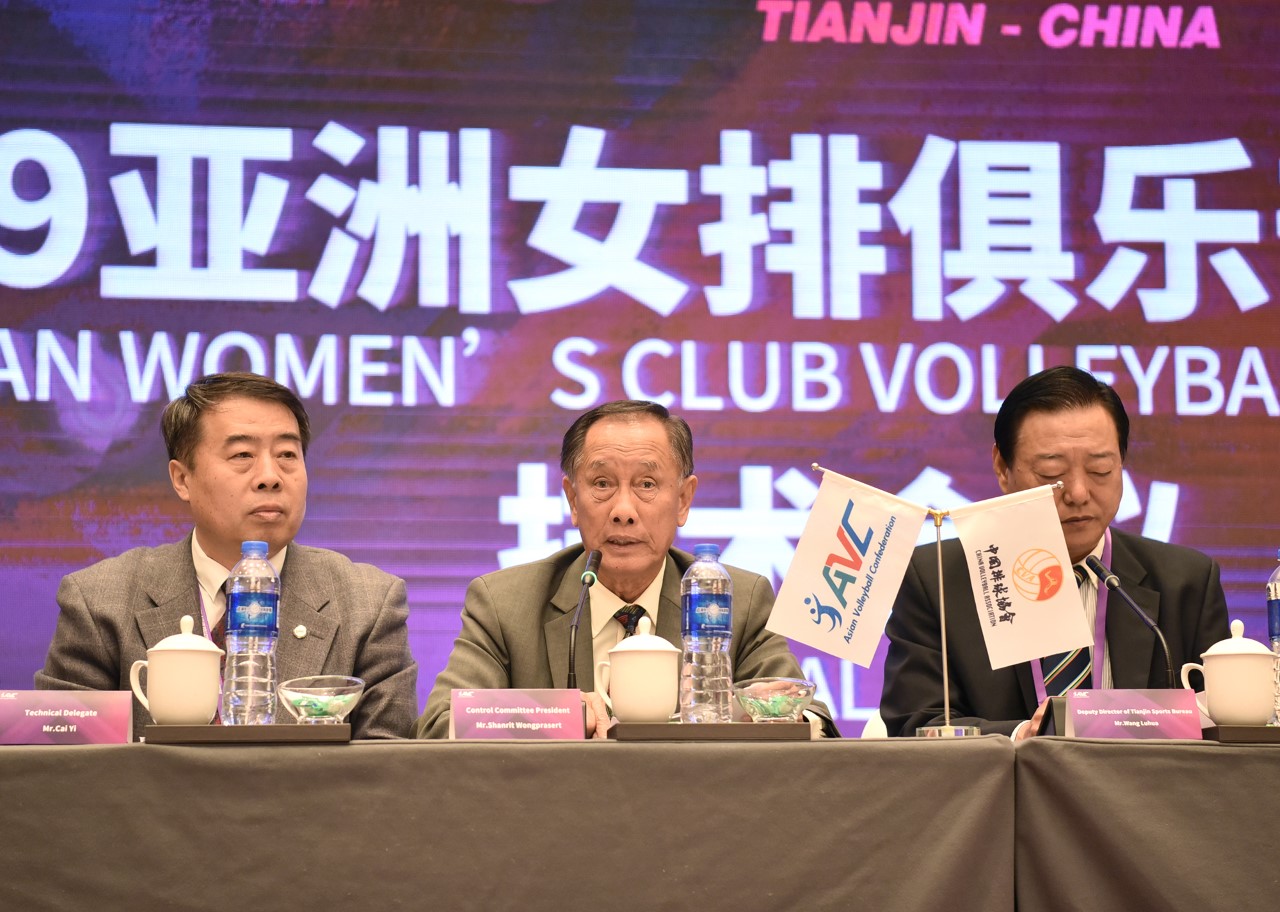 In his welcome speech, Mr Wang Luhua thanked AVC and CVA for granting the championship to Tianjin City. “As the ‘city of volleyball’, Tianjin welcomes all the participants and will spare no effort to present a spectacular competition and enhance the friendly communication with all the participating countries and regions.”

In his opening speech, Mr Shanrit Wongprasert said, “On behalf of AVC President Dr. Saleh A. Bin Nasser, I would like to express sincere gratitude to Tianjin city and China Volleyball Association for hosting the 2019 Asian Women’s Club Volleyball Championship in Tianjin. The meeting is very important as it is the last chance to check everything in the right position for tomorrow’s opening of the championship.” 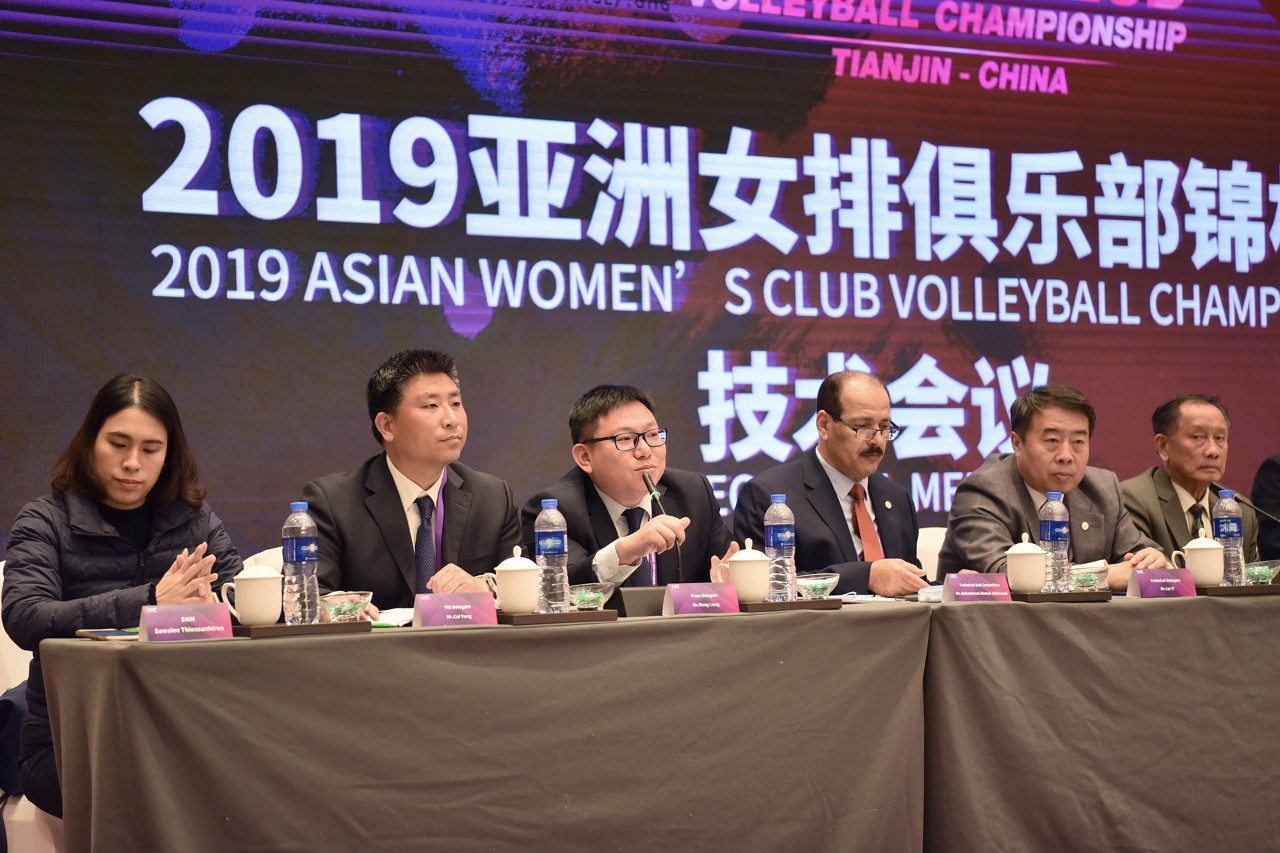 After that, Technical Delegate Mr Cai Yi from China reported on the eligibility of players, dress uniformity for officials on bench, team movements upon completion of the match as well as other important matters including choice of colours for match uniform, team spectator seating, team statisticians and communication between team bench and team statisticians.

Referee Delegate Mr Kim Kun Tae from Korea explained about the rules of the game to be applied for use in this championship, match protocol, and the Video Challenge System, while Press Delegate Mr Wang Liang informed about the post-match press conference for semifinals and finals. He also asked for teams’ kind cooperation for interviews, if requested by the press, at the mixed zone shortly after the end of other matches.

Mr Shanrit Wongprasert closed the General Technical Meeting with thanks again to the teams and organizers for their support and cooperation. 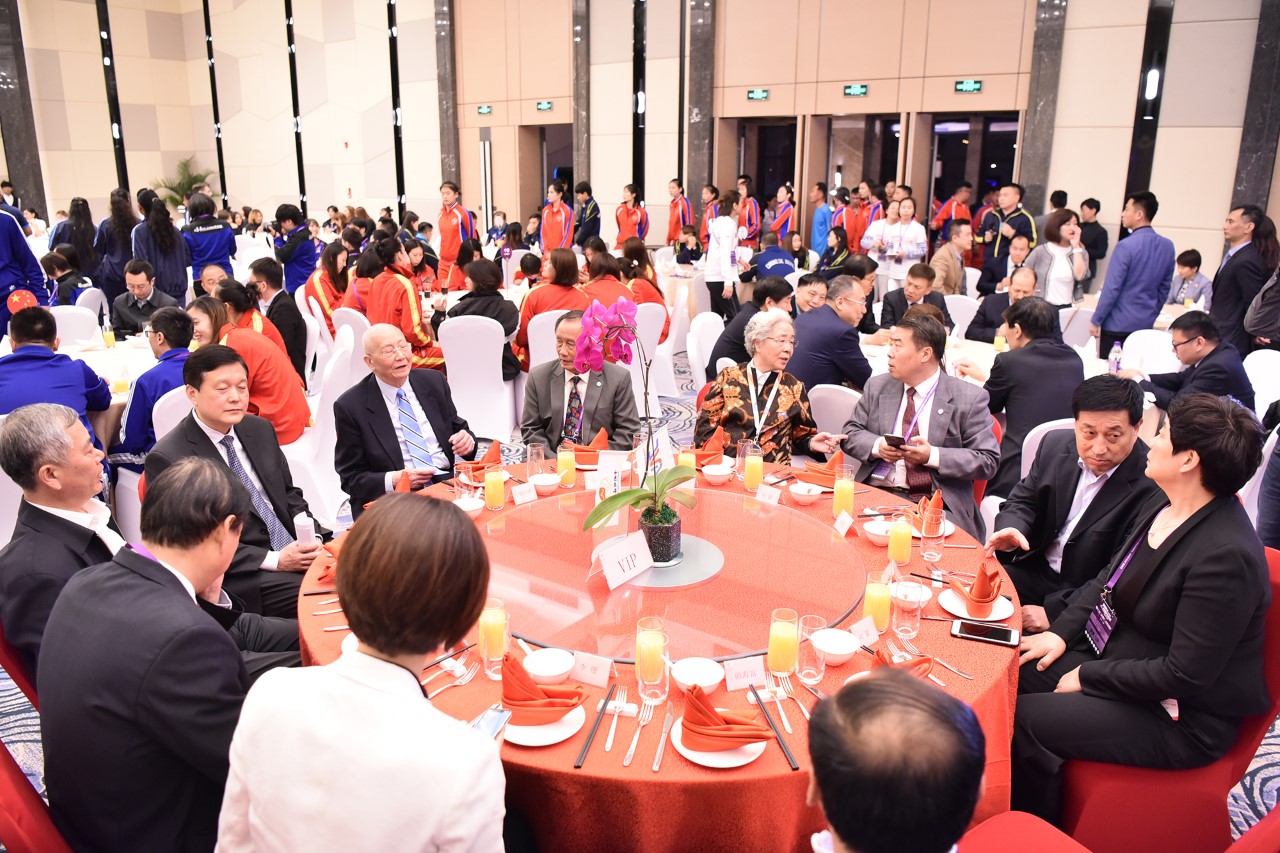 In the evening, Control Committee members, all participating team players, officials and distinguished guests gathered in the Banquet Hall for the welcome dinner and the opening ceremony. AVC Honorary Life President Mr Wei Jizhong and his wife also attended the dinner and awarded the Appreciation Plague to Tianjin city on behalf of AVC. 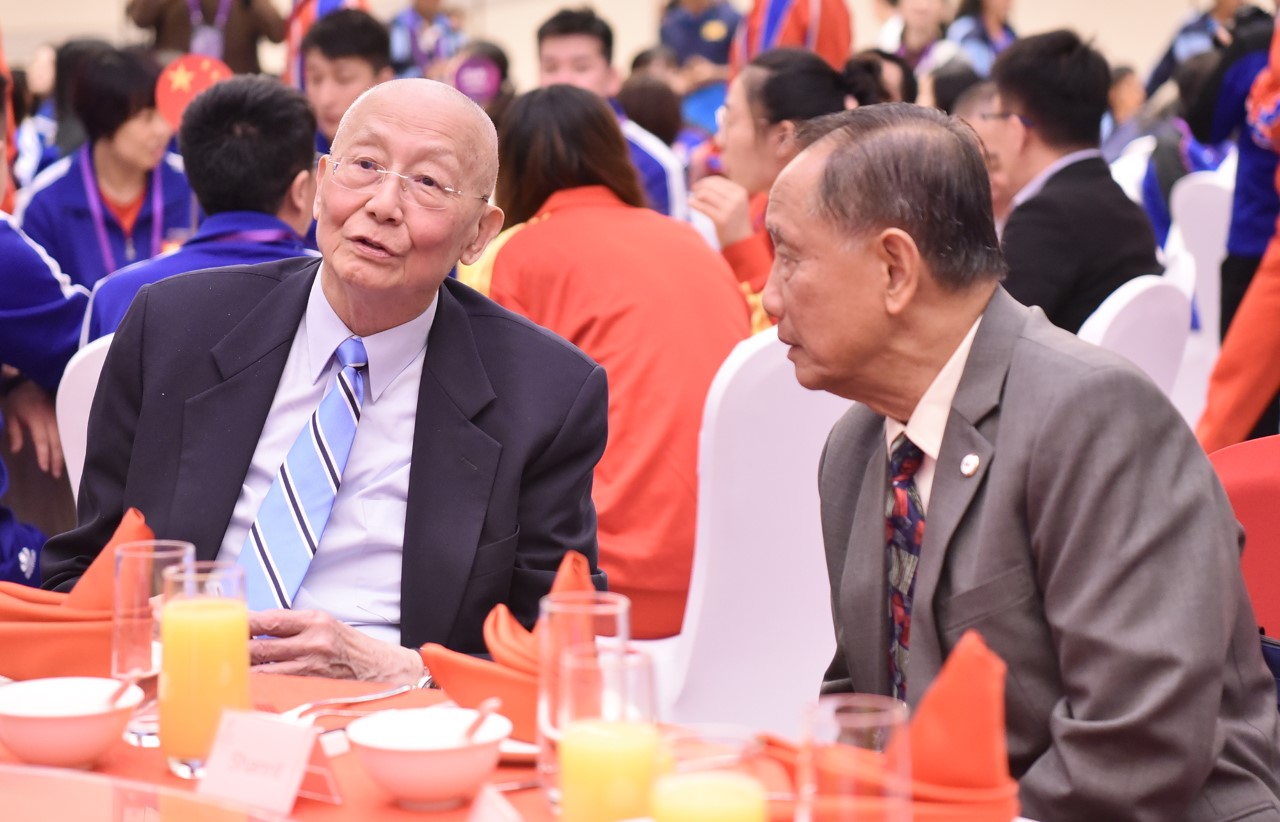 After the speeches by Deputy Secretary General of Tianjin Municipal People’s Government Mr Wang Jing and Control Committee Chairman Mr Shanrit Wongprasert, the welcome dinner started along with the performances of sands painting, diabolo and dancing show. Players of each team were also invited to the stage to try the diabolo guided by the performers, which lifted a climax of the dinner. 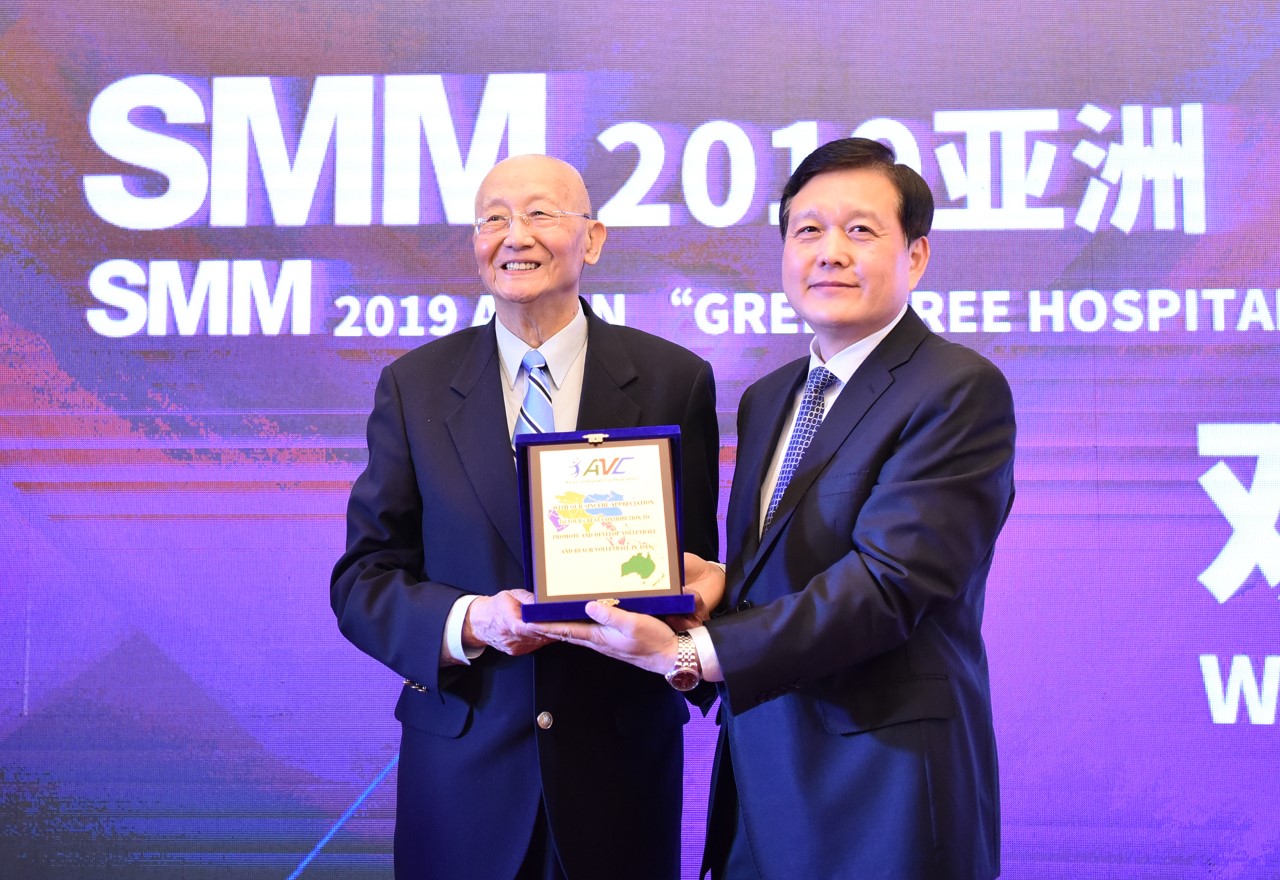 The opening ceremony continued with Control Committee members and Team captains from each participating team invited to get on the stage to receive souvenirs from the organising committee. With the melodious music sounding, the welcome dinner came to an end seeing participating team players and officials smile and enjoy the buffet dinner.