Tianjin, China, April 26, 2019 – The pre-match press conference of SMM 2019 Asian “GreenTree Hospitality Group” Women’s Club Volleyball Championship was held Friday afternoon here at Holiday Inn Tianjin Wuqing with the attendance of head coaches and captains of each team to share their preparation and expectations for the championship.

Wing Sang KWAN, head coach of Hong Kong International Volleyball Club: “It is a great opportunity to come here because I think it is a great tournament. All the players of my team are only amateur ones. We are excited to participate in this championship and we try to learn from other teams.”

Koji Tsuzurabara, head coach of Chinese Taipei: “I am looking forward to the opening of the championship. We will do our best.” 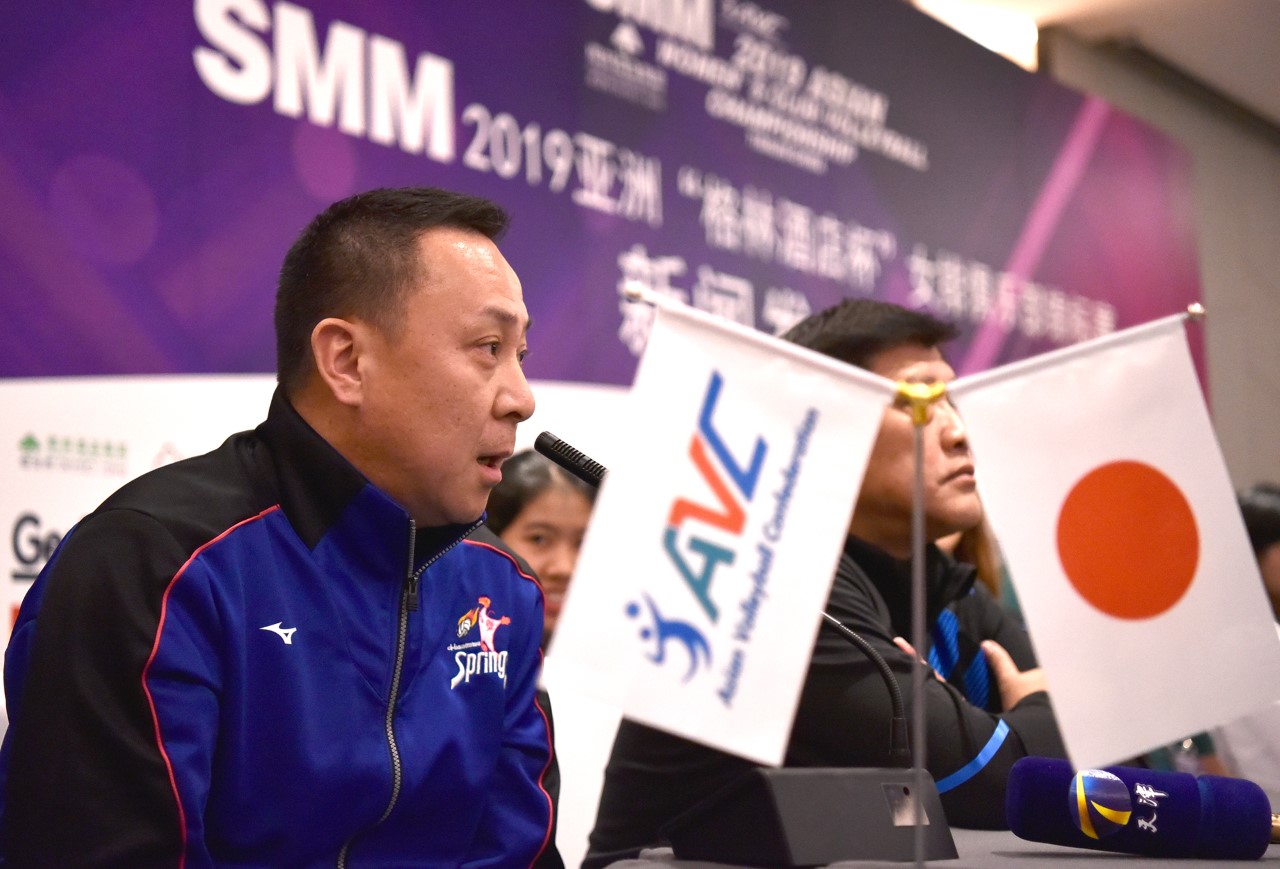 Shing Sakai, head coach of Hisamitsu Seiyaku Springs from Japan: I am looking forward to playing matches with teams from different countries and regions. In fact, some of our players have been selected by the national team. So we are not a complete team but we will try our best.

“Though we have very young players in our team without the national team members, they show very good performance. So we will try to win the championship.” He answered the question from the media regarding the team status and goal at the championship.

Maksat Orazov, head coach of Binagar representing Turkmenistan: “We are glad to participate in this tournament. We will learn tactics and skills from other teams.”

Iurii Panchenko, head coach of Altay VC from Kazakhstan: “I think the championship is a very good international experience for our players and I wish everyone good luck.”

Quoc Vu Nguyen, head coach of VTV Binh Dien Long An representing Vietnam: “We are honored to participate in this championship and our main goal for this tournament is to learn from other teams. Anyway, we will do our best.” 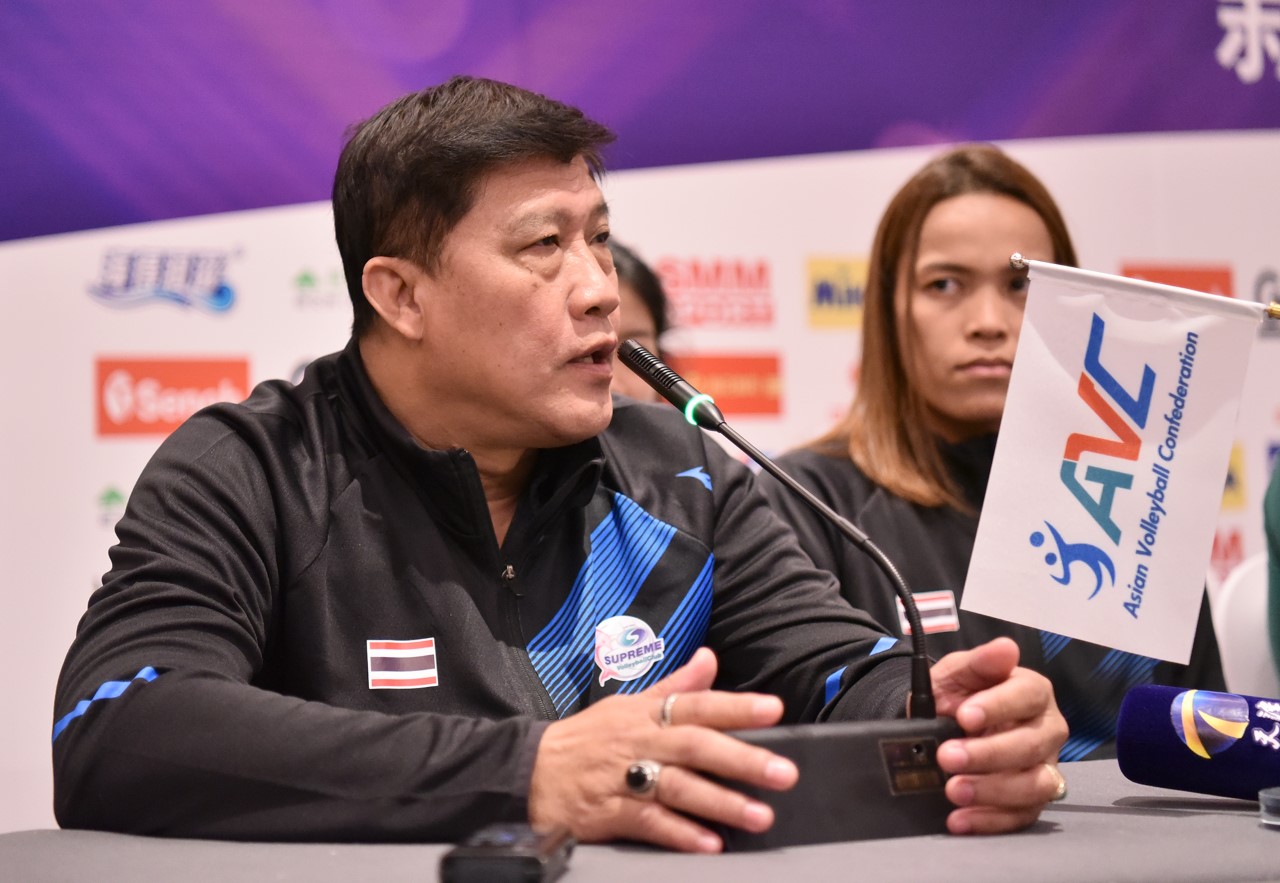 Nataphon Srisamutnak, head coach of Supreme Chonburi from Thailand: “Our foreign player Wang Na is a setter and she will help us in blocking with her height.”

Chen Youquan, head coach of host team Bohai Bank Tianjin: “We are honored to participate in the championship representing China. We have participated in 8 editions of Asian Women’s Club Championship winning 4 titles and 2-time runner-ups. I hope my players can improve themselves through this competition and also I expect to learn some new tactics from other teams. Finally I wish the championship a success.” 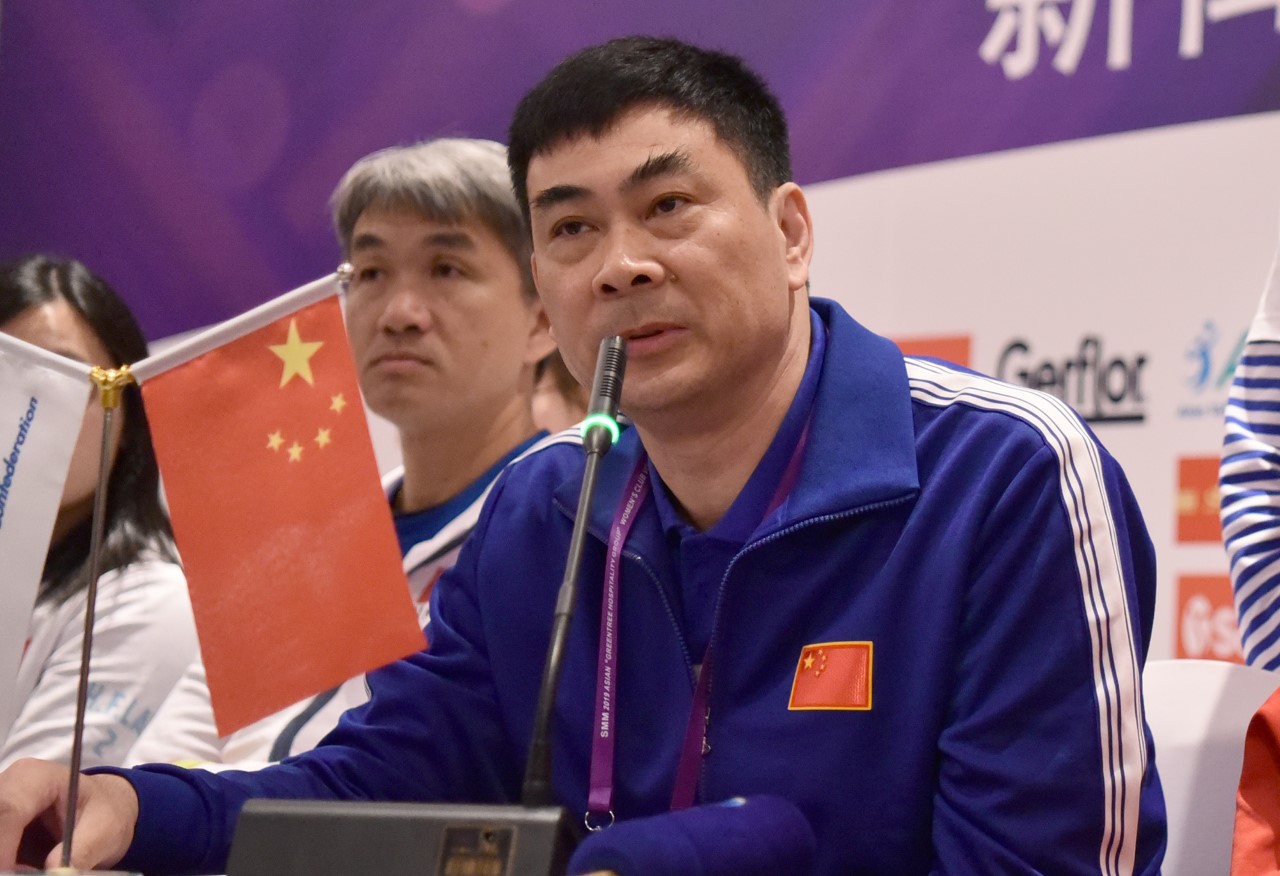 “We have got high attention and concern from media and leaders for participating in this championship. So we will cherish the opportunity to play in this tournament and prepare in detail for each match. I hope my players can put all out on the court to present our fans the best performance match by match,” he answered the question from the media regarding their aim at this championship