Tehran, Iran, September 12, 2019 – Team managers and staff coaches from 16 teams participating in the 20th Asian Senior Men’s Volleyball Championship in Tehran from September 13 to 21 gathered in the five-star Parsian Azadi Hotel on Thursday to hear the rules and regulations and the Challenge System in the General Technical Meeting. 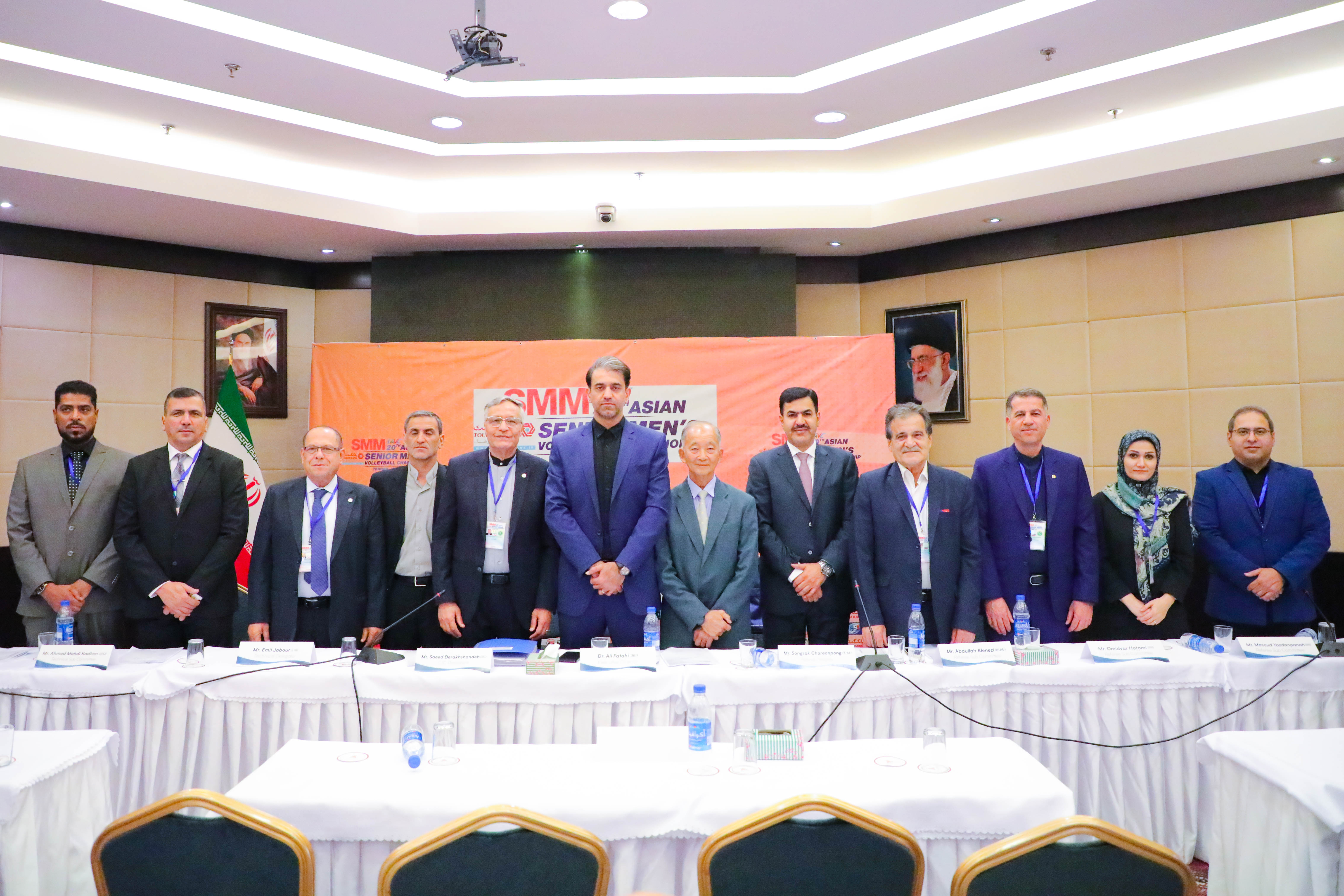 Dr. Ali Fatahi gave a welcome speech to all the participating teams, wishing them a nice stay in Tehran and the very best of luck in their competition. He found this tournament a very important sporting event as it will be a pre-challenge to the AVC Continental Men’s Olympic Qualification Tournament in Jiangmen, China from January 7 to 12. 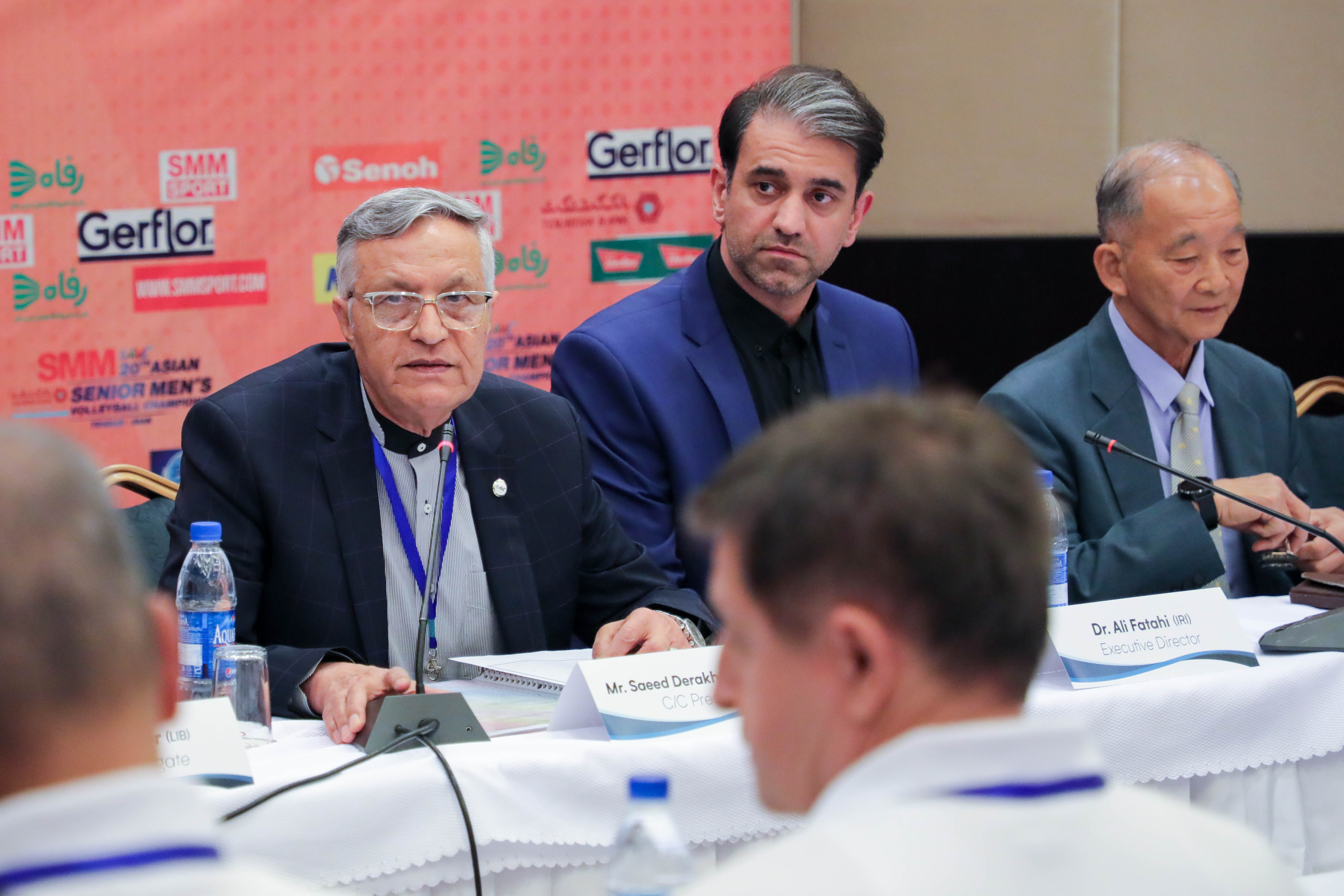 The meeting was held to check if all is set for the nine-day championship, which will simultaneously take place at the 12,000-seater Azadi Sports Complex and the Volleyball Hall of the Federation. 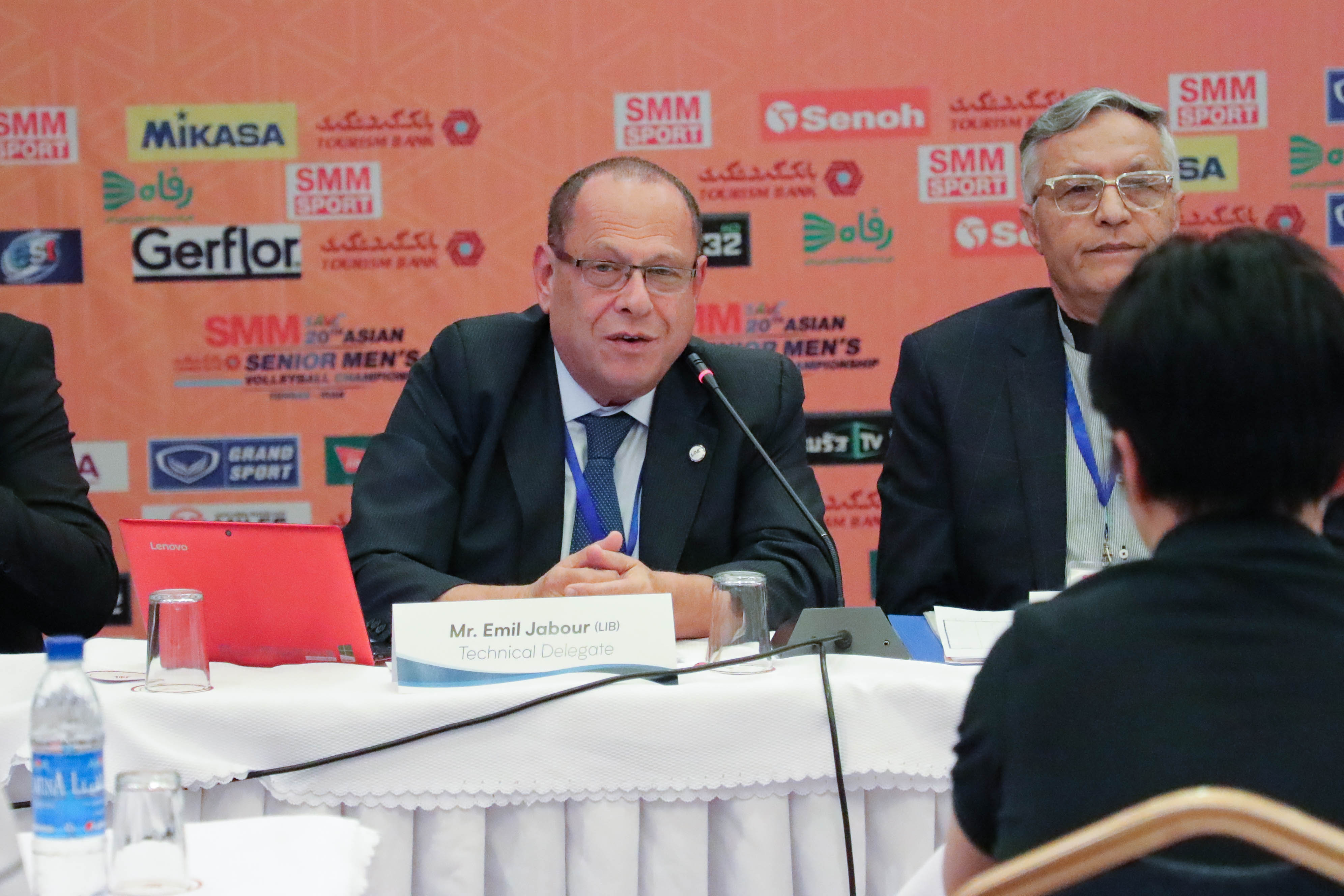 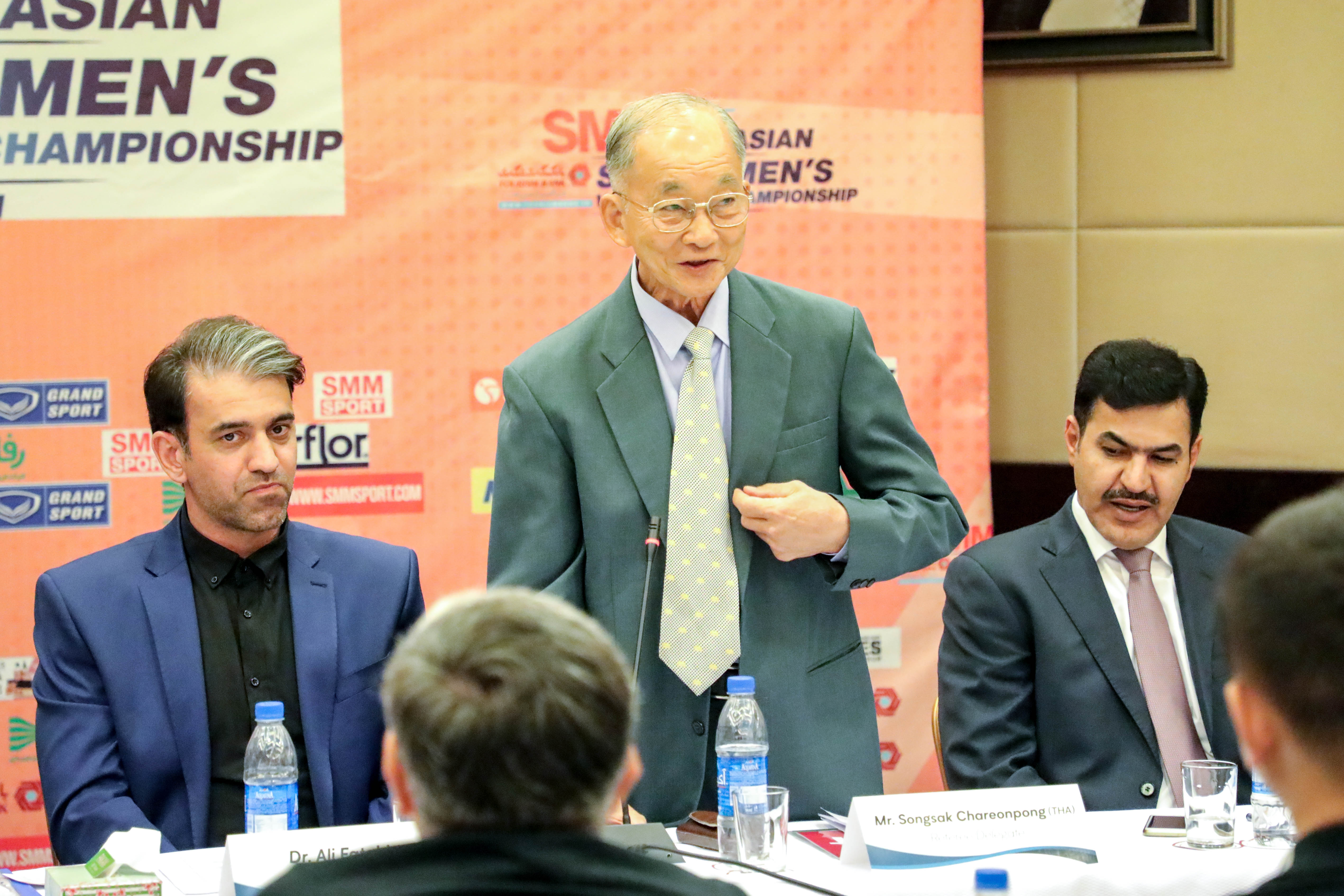 All teams will compete in pool round-robin preliminaries, with top two teams from each pool advancing to the round of top eight teams. Teams finishing third and fourth places in each pool will contest the classification round for 9th-16th places. 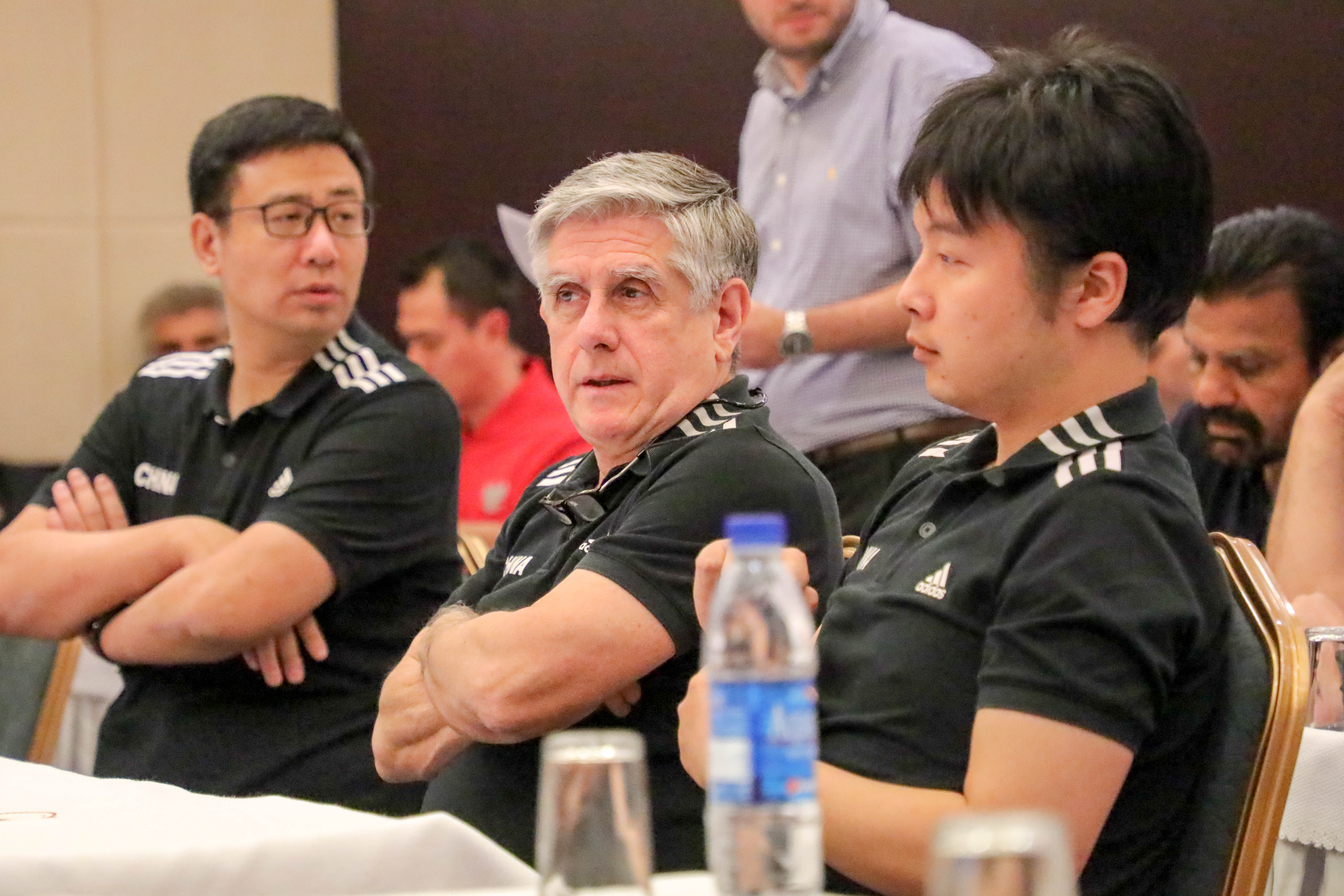 During the meeting, Technical Delegate Mr. Emile Jabbour informed all participating teams necessary matters including eligibility of players and officials, place of non-playing teams, position of team statisticians and video cameras, while Referee Delegate Mr. Songsak Chareonpong on the Rules of the Game to be applied, discipline on the court and match protocol and the Video Challenge System. 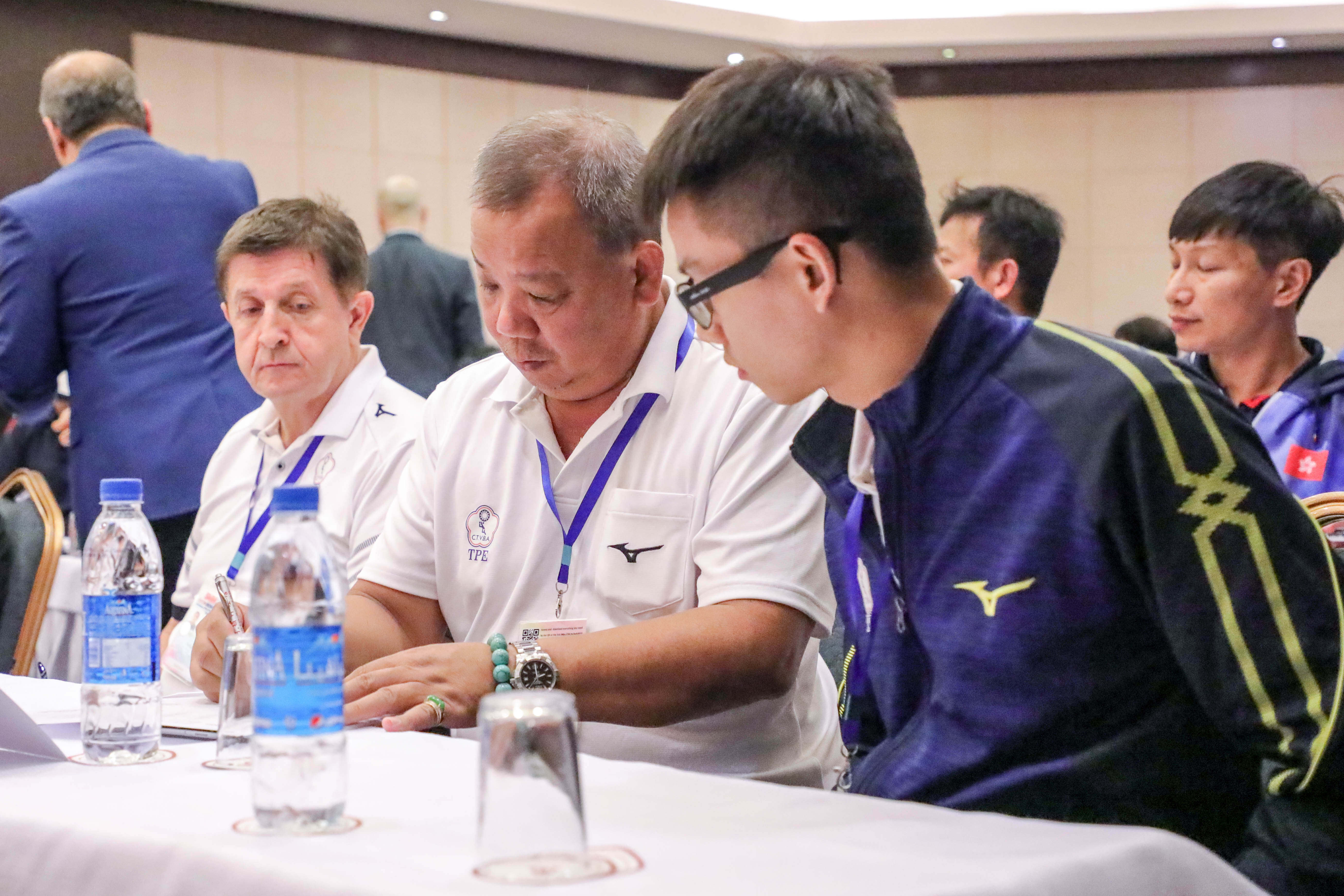 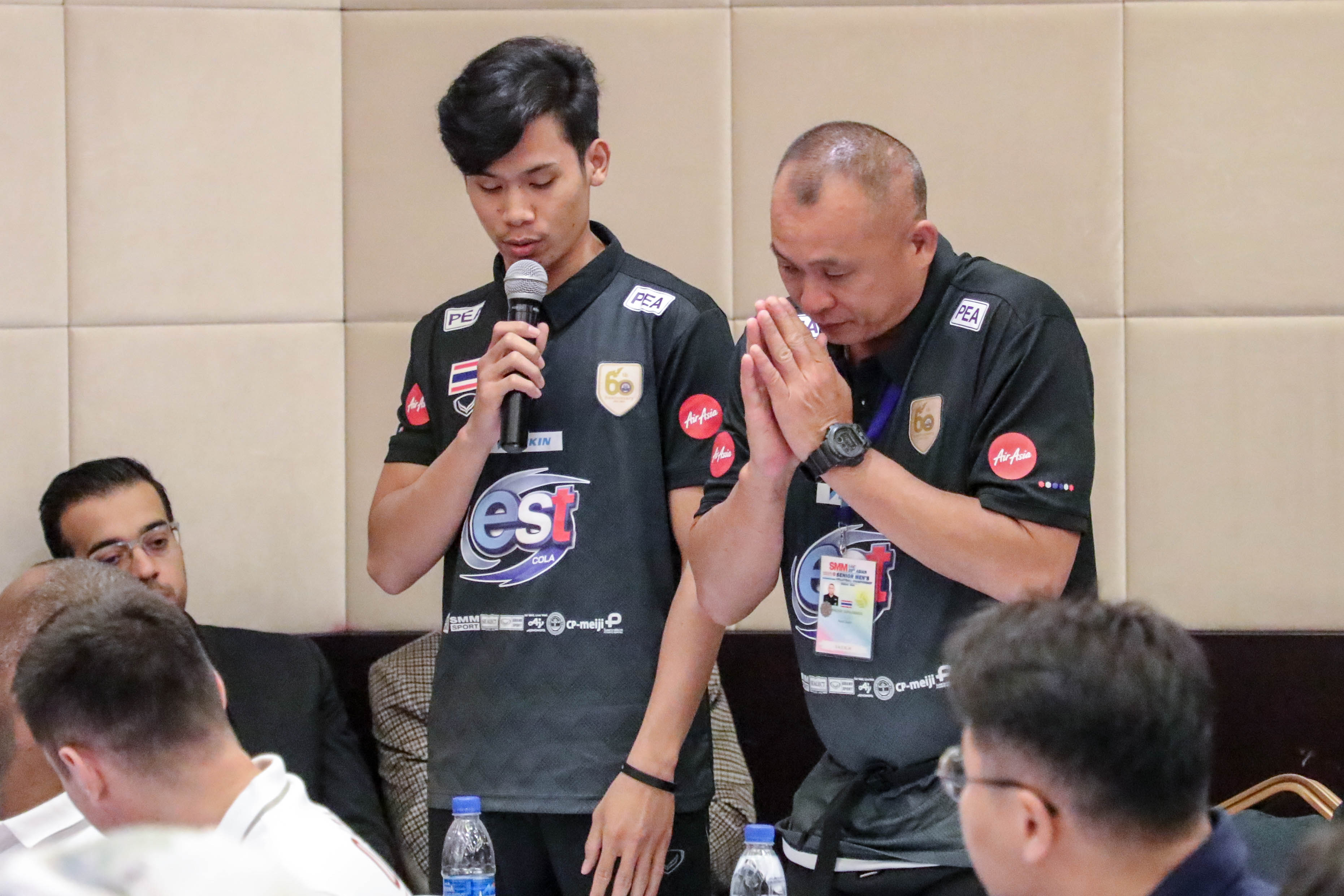 Press Delegate Ms. Maryam Hessaby informed the team head coaches about the press interviews at the mixed zone and asked all participating teams to catch updates of the competition on all AVC social media platforms including AVC Website, Facebook, Twitter and Instagram. 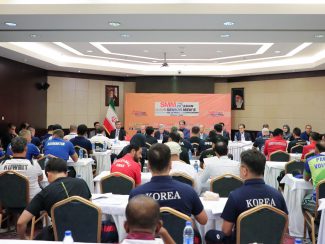 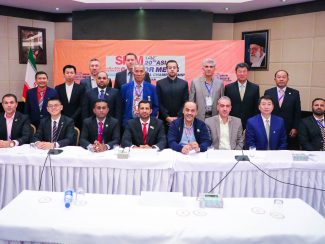 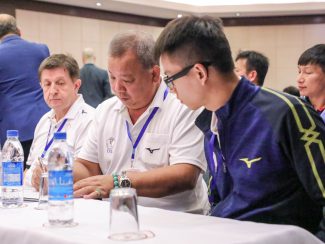 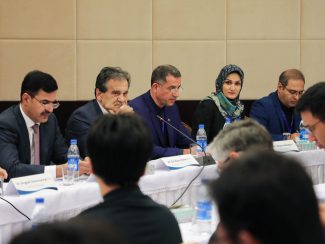