Nanjing, China, June 7, 2019 – With the 2019 FIVB Beach Volleyball World Championships beginning in three weeks in Germany, a women’s team from the hosting European country was making news here on Friday by winning two matches to capture their pool at the $25,000 Silk Road Nanjing Open.

The ninth-seeded German tandem of Leonie Kortzinger/Sarah Schneider, who will be playing in Pool B at the 2019 FIVB World Championships in Hamburg when competition starts on June 28, defeated duos from China and Japan in Pool D on Friday to advance as one of six unbeaten tandems to Saturday’s 16-team elimination bracket in the FIVB World Tour event. 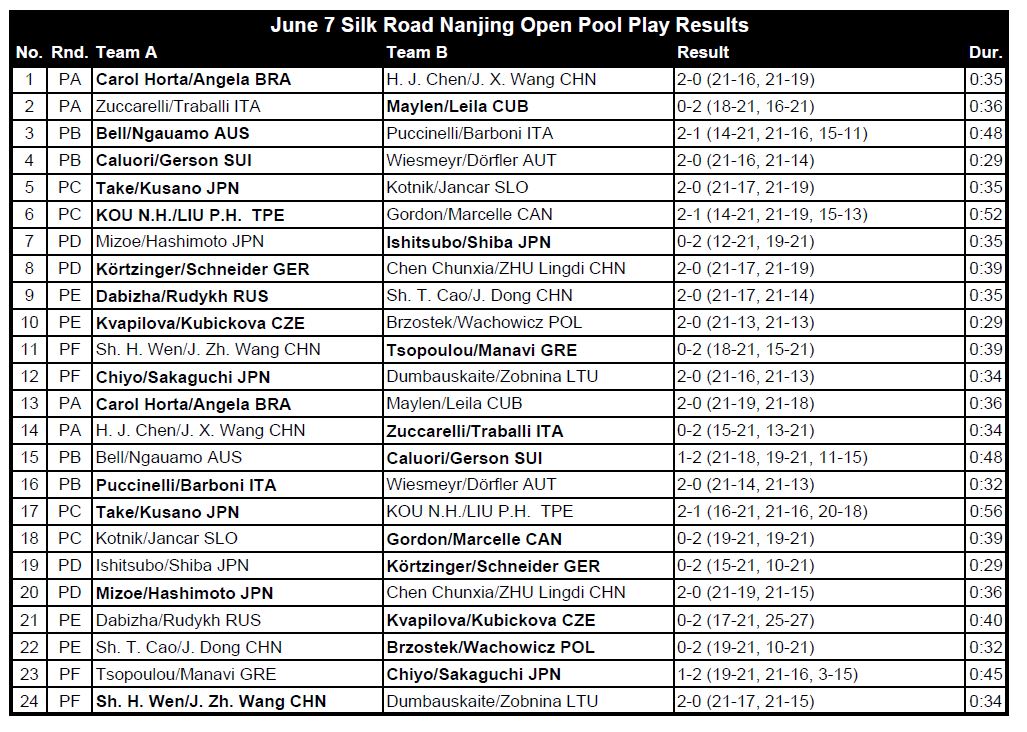 Competing in their fifth FIVB World Tour event together with a ninth-place finish last week at the Silk Road stop in Nantong, Kortzinger and Schneider joined pairs from Brazil, the Czech Republic, Japan and Switzerland in winning group titles Friday in the 26th women’s event on the 2018-2019 international beach volleyball calendar.

Joining the Germans is the top-half of the Silk Road Nanjing elimination bracket will be pool winners Caluori/Gerson and Sakaguchi/Suzuki. The lower half of the bracket will feature Horta/Angela, who placed second last week in Nantong, along with Kubickova/Kvapilova and Kusano/Nishibori.

Sixth-seeded Jingzhe Wang and Shuhui Wen, who have captured two FIVB World Tour gold medals this season highlighted by last week’s title in Nantong, advanced to Saturday’s schedule despite dropping their first match Friday.  After losing their opening match to a team from Greece, Wang and Wen won their second match Friday by defeating 18th-seeded qualifiers Ieva Dumbauskaite/Irina Zobnina of Lithuania 2-0 (21-17, 21-15) in 34 minutes to place third in Pool F.

The Silk Road Nanjing Open is the seventh of nine international beach volleyball events to be played in China this season as four teams advance from Saturday’s two rounds of elimination to Sunday’s final four rounds where the winning pair will share the $4,000 first-place prize. 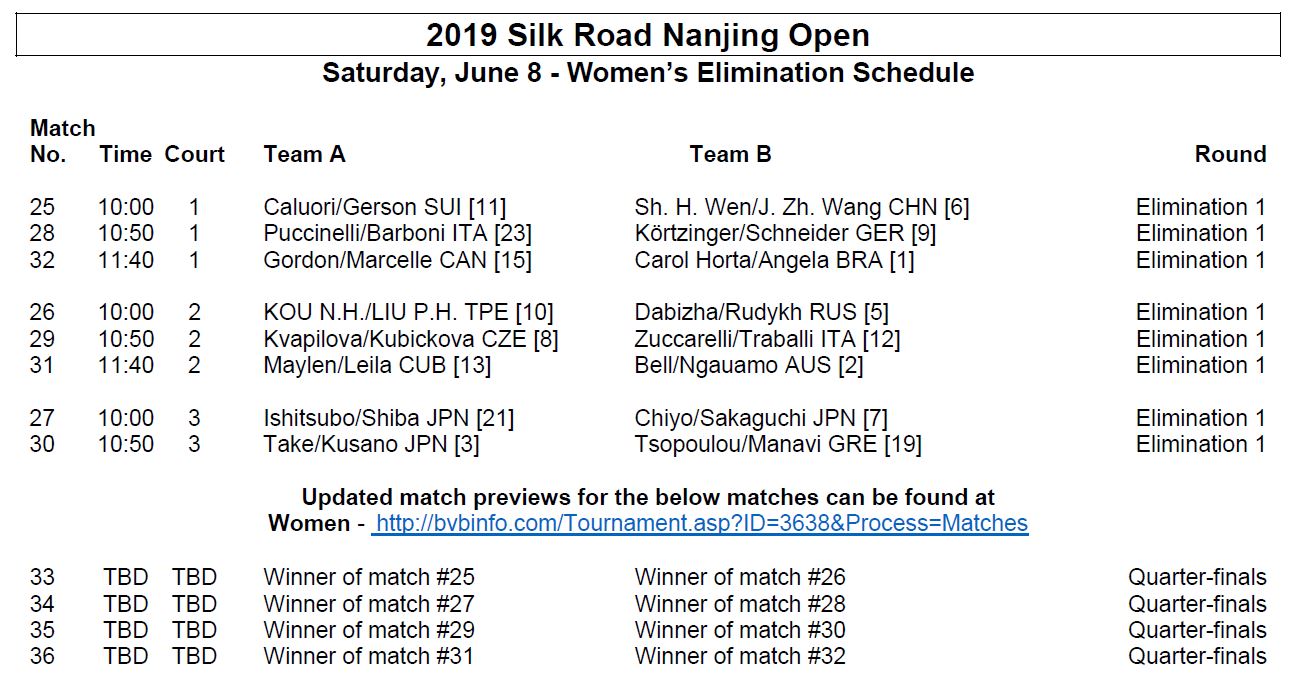