Germany put an end to their five-match losing streak with a 3-0 sweep of Korea for their third win at the 2021 FIVB Women’s Volleyball Nations League in Rimini, Italy on Tuesday. Germany, which suffered six losses in the top-flight competition including five in succession, were superior in every department against the Koreans who have only registered one victory against Thailand during a disappointing campaign this year. 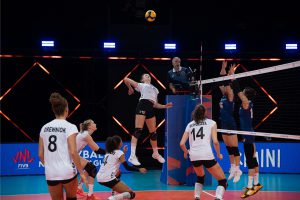 Despite putting up a brave fight, with star spiker Kim Yeon Koung and Park Jeongah unleashing powerful attacks, Korea still had no answer to the Germany’s power to go down in straight sets 12-25, 21-25, 22-25. 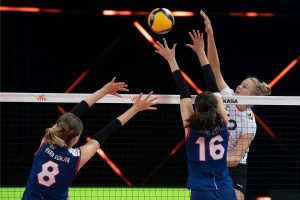 Hanna Orthmann chipped in with 19 points for Germany, while Lina Alsmeier and Kimberly Drewniok assisted with 15 and 14 points respectively. Park Jeongah led Korea with 13 points, with Kim Yeon Koung adding 10. 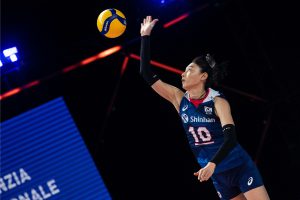 Korea’s Kim Yeon Koung said at the virtual mixed zone: “Once we were preparing for this match we wanted to be prepared to gain here a win. Unfortunately, we lost the game, but we have the feeling that our team is getting stronger by our performance and in the end we couldn’t finish the balls. But from now we will do our best to get better. Since our team is a totally new team, we still have to improve our connections.” 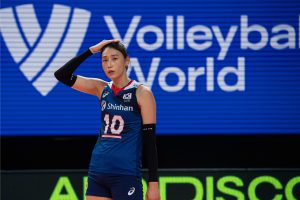 Germany’s Kimberly Drewniok said: “I’m really proud of my team. We really played being totally in from the first point, especially that this week was for us very hard, so I’m even more proud. It was difficult, because Korea was always there defending all balls, we needed a lot of patience during the entire game. I’m really happy that I could play from the first point until the end. This week we had our ups and downs, we are a young team, so we have to go from game to game and we have to focus on our side and this worked today.” 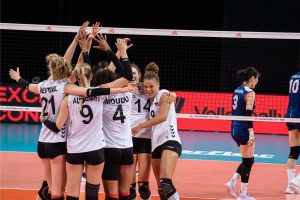 FUJII: “IT WAS A VERY TOUGH GAME”SARINA KOGA: “WE WERE A UNITY”