SARINA KOGA: “WE WERE A UNITY”

Home / Slider / SARINA KOGA: “WE WERE A UNITY”
By PreechachanIn
Slider Volleyball News

Defending two-time Asian champions Japan pulled off a remarkable comeback from two sets down to beat Poland in epic tie-breaker and advance to 7-2 at the 2021 FIVB Women’s Volleyball Nations League in Rimini, Italy on Tuesday. 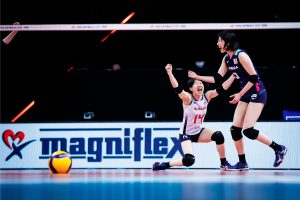 Despite playing without their key player Malwina Smarzek, Poland got off to a brilliant start to net the hard-fought first set 25-22 and maintained their dominant form to take the second set with the similar margin 25-22 for a 2-0 lead. 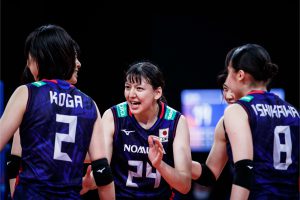 Japan put up their aggressive fight with exceptional combination plays in the following sets, combining their powerful attacks from Sarina Koga, Ai Kurogo and Mayu Ishikawa with Kurogo’s well-placed serves to win the third and fourth sets 25-22, 25-23. 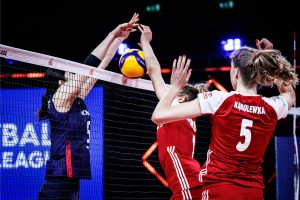 The deciding set was more thrilling as both sides poured everything to win the set and match, but the determined Japanese played more confidently and consistently to win the hotly-contested set 16-14 and match. 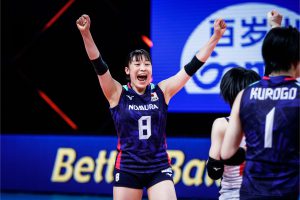 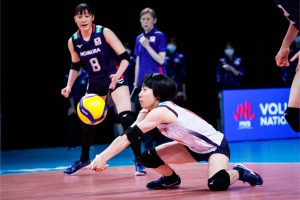 Poland’s Julia Nowicka said at the virtual mixed zone: “I think we should have won this match. We had a great chance to win, but we weren’t disciplined enough – in block and defence. And the Japanese team is a great technical team, so we had really big problems with their spikes, especially from the left side and they could do anything with the ball and we couldn’t find a way to stop them. We also weren’t disciplined enough to follow our tactics.” 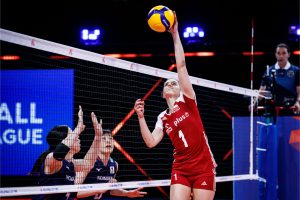 Sarina Koga of Japan said: “Actually we are really happy to win this game and we enjoyed playing these five sets. The decisive factor was that we played as a team, not as individual players, we were a unity. We were losing points, because of their strong attacks, therefore we talked with the entire team that we have to improve our block, to fix our defence.” 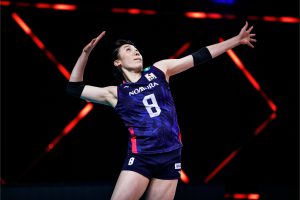