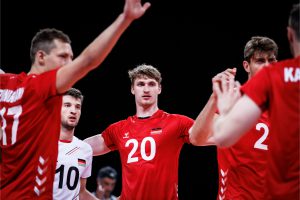 Germany, bronze medallists at the 2018 World Championship, fought well in the close opening set against Iran, but went down 23-25. The European side put their acts together to take the second set 25-20 and stormed on to clinch the third set 25-19 for a 2-1 advantage. 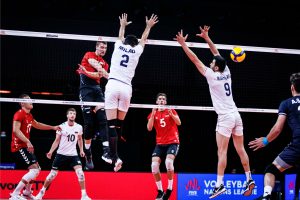 However, Iran taught their rivals the victory never comes easily. With Saber Kazemi unleashing powerful attacks, Iran were working as a well-oiled machine and while the rivals’ nerves began to fray, the Iranians picked things up and started to take control. 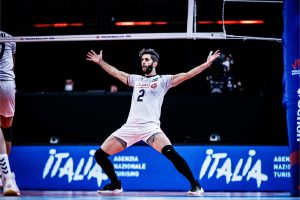 As expected, Iran took the fourth set 25-19, forcing the rivals to work overtime – much to delight of their noisy substitute players. However, Germany still played cool under pressure to seal the deal 15-13 for the see-saw 3-2 match. 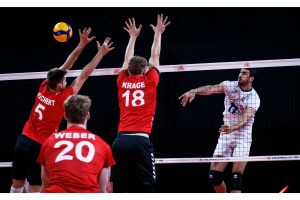 Linus Weber chipped in with 15 points for Germany, while Denys Kaliberda and Florian Krage kept good company to score 13 points apiece. The star of the match was Saber Kazemi, who scored a match-high 27 points including team-leading 23 attacks, while Meisam Salehi added 15. 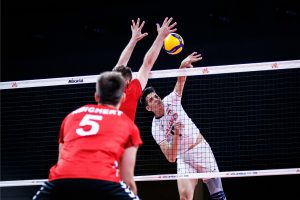 Jan Zimmermann of Germany said at the virtual Mixed Zone: “It was a tough battle. In the first set we struggled a bit, but we found our rhythm in the end. It was a hard battle, they were pushing us in the fourth and last set again. And we had to stay a little bit calm at these moments. And pushed back against them, but we are happy that we won this important match and points for us. 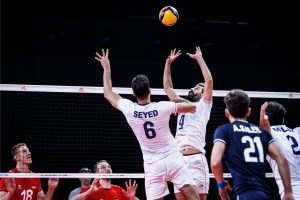 “We had two difficult games this week, yesterday we played really bad against USA – two sets were really bad, so it was important for us to come back today and take some points. It was nice to have some atmosphere and some loudness here. Sometimes it’s difficult to stay in the game when you don’t hear anybody, so it was a nice change. Marouf is a really good setter and it’s great to play against players like him, so I was happy that I could play against setters like him. I want to get there, that’s why I’m here,” he added. 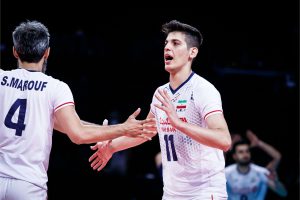 Iran did not attend the Virtual Mixed Zone.