Tokyo, Japan, July 27, 2019 – It will be an all-European men’s gold medal at the Tokyo Open after the teams of Anders Mol/Christian Sorum of Norway and Nils Ehlers/Lars Fluggen each won two beach volleyball matches here Saturday at the Shiokaze Park.

Serving as both a dress rehearsal for the Tokyo 2020 Olympic Games along with serving as a qualifying event for the next July’s Summer Games, the second annual Tokyo Open also features women’s competition where pairs from Brazil, Canada, Germany and the United States played semifinal matches later Saturday.

Sunday’s finale will feature a Norwegian team that will be seeking its fifth gold medal this season and ninth over a 13-month period while German pair will be competing in its first-ever World Tour final together.  The gold medal meeting will be the second men’s title match between the two countries with the first being in July 2010 when Germans David Klemperer/Eric Koreng defeated Tarjei Skarlund/Martin Spinnangr at an event in Stavanger, Norway. 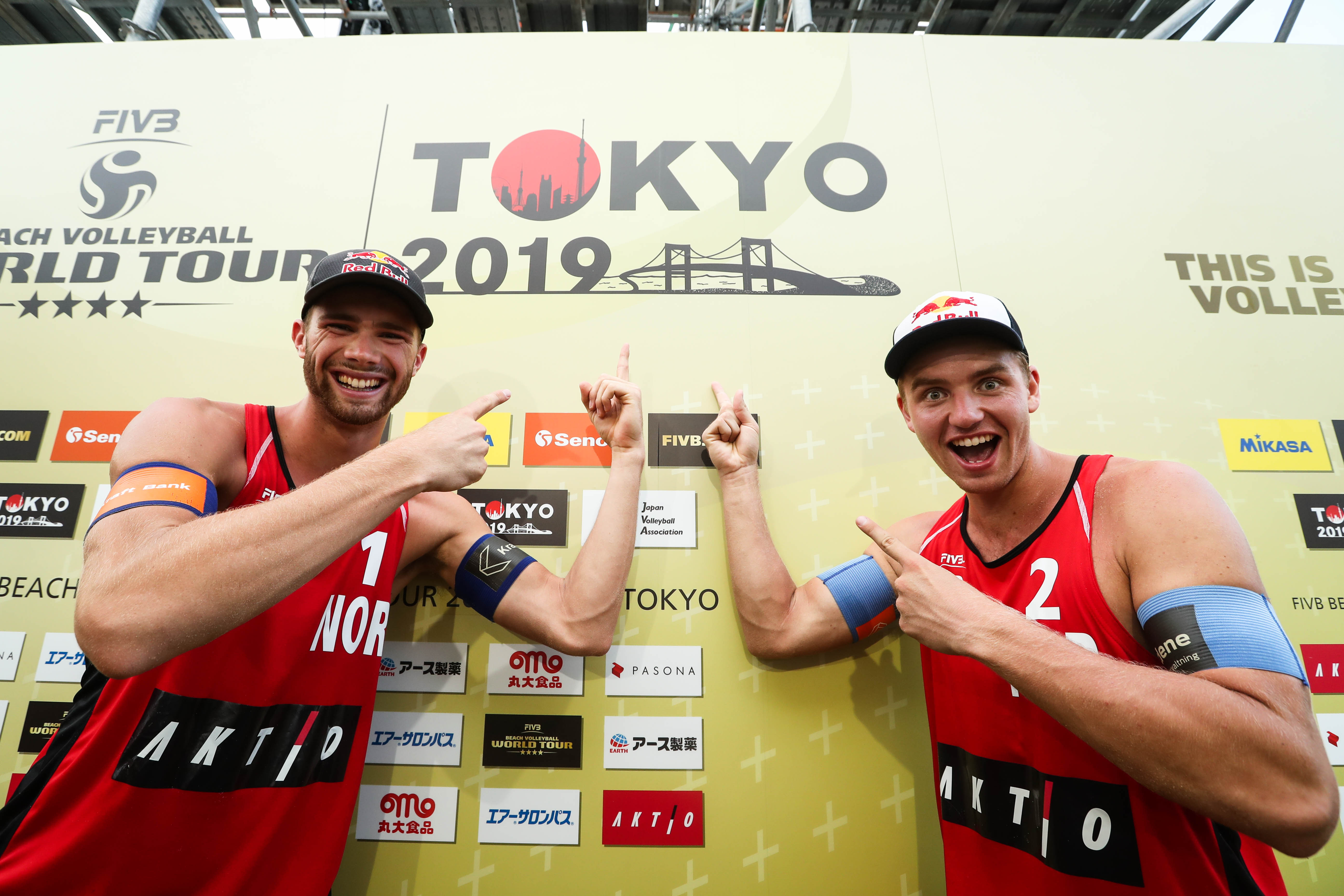 “It was an unbelievable win for us,” said the 29-year-old Fluggen, who competed in the Rio 2016 Olympic Games with Markus Bockermann.  “We got the momentum in the match at the end of the second set and took advantage over several hitting errors by the Brazilians to win.  We entered this event with no expectations as we had to win a qualifying match Wednesday to gain a berth in the Main Draw.”

The semifinal win was Ehlers and Fluggen’s second victory over a Brazilian pair Saturday as the Germans opening play with a 2-0 (21-19, 22-24, 15-12) quarterfinal win in 61 minutes over third-seeded Andre Loyola/George Wanderley.  In a pool play match Thursday, the Germans were defeated by Andre and George in two sets.

Mol and Sorum started play Saturday by defeating seventh-seeded Tri Bourne/Trevor Crabb of the United States 2-1 (20-22, 21-17, 15-13) in a 53-minute quarterfinal match before posting their semifinal victory over Brouwer and Meeuwsen.

“That was our best match of the tournament,” said the 23-year-old Sorum.  Mol added his “blocking early in the match frustrated the Dutch.  They such a good team and they still have the overall edge in our meetings with them.  They are great players, very competitive, strong and aggressive.  They are very tough to play.”

The Norwegians have now posted three straight wins over Brouwer and Meeuwsen on the FIVB World Tour, but the Dutch lead the overall series with Mol and Sorum at 6-4 by adding their matches on the European circuit.  The FIVB mark between the two team is 4-4. 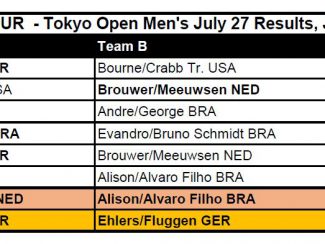 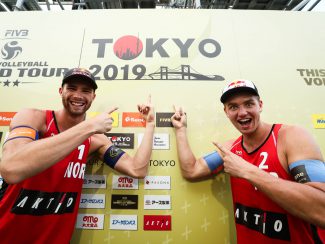 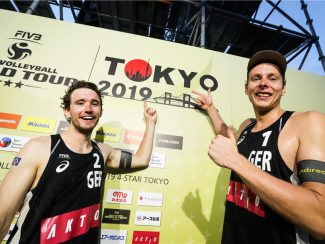