The top-seeded Klineman and Ross posted wins over teams from China, Canada and Germany to secure a spot in Sunday’s title match while the fourth-seeded Agatha and Duda ousted North American pairs from the United States and Canada to reach the finals at the US$300,000 Tokyo Open that is serving as a dress rehearsal for the 2020 Summer Games.

“It was a long day with playing three matches against three very competitive teams,” said the 29-year-old Klineman after her team’s 2-0 (23-21, 22-20) semifinal victory in 46 minutes over 18th-seeded Karla Borger and Julia Sude of Germany.  “We’ll have another tough match tomorrow against the Brazilians.”

Highlighting Klineman and Ross’ victory list Saturday was a 2-0 (21-18, 21-19) quarterfinal win over second-seeded Canadians Melissa Humana-Paredes and Sarah Pavan.  Three weeks ago, in Germany at the FIVB World Championships in Hamburg, the Canadians defeated Klineman and Ross 2-0 (23-21, 23-21) in the 58-minute gold medal match.

Agatha and Duda’s string of victories Saturday featured a 2-0 (21-11, 21-12) win in 33 minutes over 12th-seeded Heather Bansley/Brandie Wilkerson of Canada.  It was the first match between the two teams with the World Tour series at 2-2. 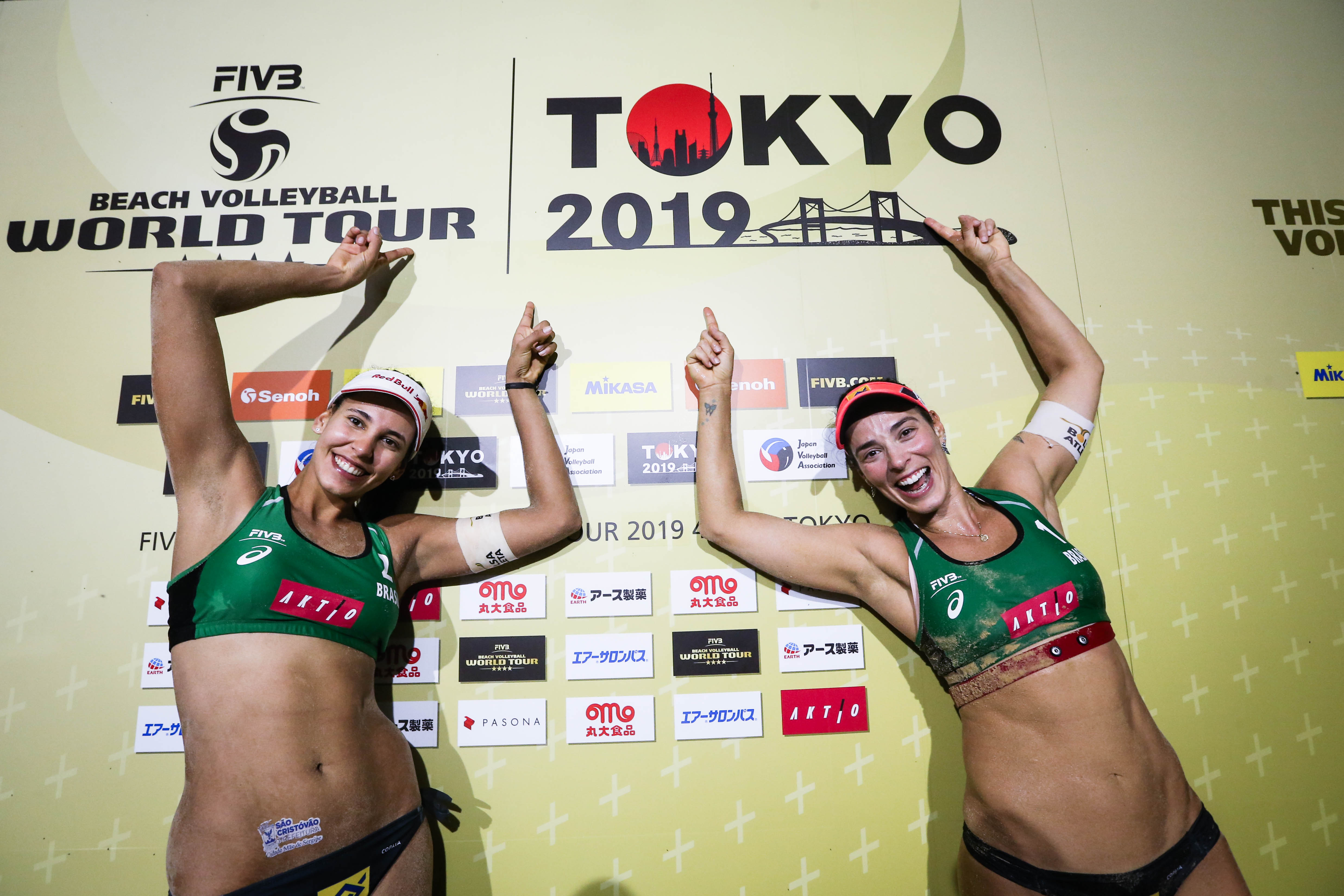 Both teams will be seeking their fifth World Tour gold medal as the Americans will be playing in their sixth FIVB finale with Agatha and Duda advancing to their FIVB title match.

The second annual Tokyo Open ends Sunday with the men’s and women’s medal matches as the winning teams will collect the $20,000 first-place prizes while earning 800 qualifying points for the Tokyo 2020 Olympic Games.  The men’s finale features top-seeded Anders Mol/Christian Sorum of Norway against 15th-seeded qualifiers Nils Ehlers/Lars Fluggen of Germany. 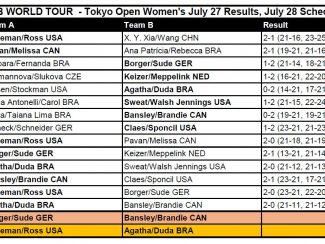 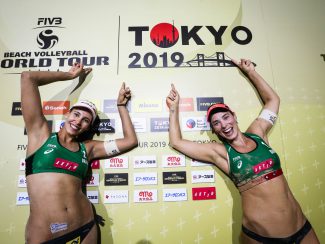 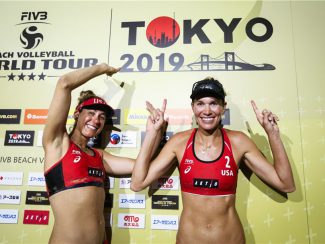