Tianjin, China, May 4, 2019 – With the 2019 Asian Women’s Club Volleyball Championship at the Wuqing Sports Centre just one day away before the curtain will come down on another edition of this top-tier tournament in Tianjin, those who played key roles in making successes out of the Championship gathered here on Saturday as one for a photo opportunity.

From the very beginning of this topflight competition when Control Committee Chairman Mr Shanrit Wongprasert, himself the AVC Secretary-General, led CC members to the first joint meeting with local organisers including Ms Li Shan, Director of Tianjin Volleyball Administrative Center and Secretary General of the Organizing Committee, at Greentree Oriental Hotel on April 25 to make sure all is set ahead of the official kickoff, the Championship has reached its climax on Sunday when two powerhouses, defending and consecutive two-time champions Supreme Chonburi from Thailand and unbeaten Bohai Bank Tianjin, set up the final clash of the Titans. 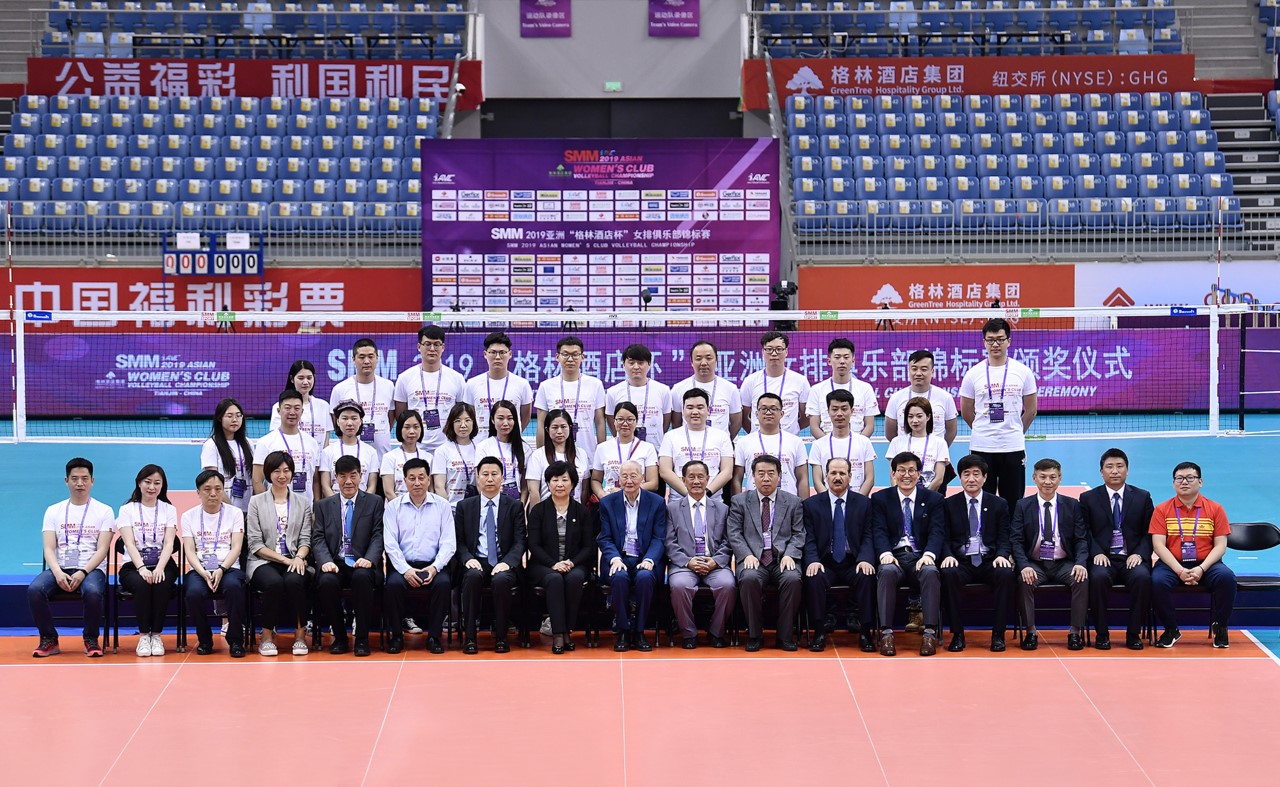 This is volleyball, the sport of the family, and they are a large but extremely close volleyball family.

The group photos mean nothing but their efforts reached through supports, cooperation, dedication and working as team. This Championship cannot be made success without them. Thank you, Tianjin. Thank you everyone who helps make the 2019 Asian Women’s Club Volleyball Championship a memorable success.