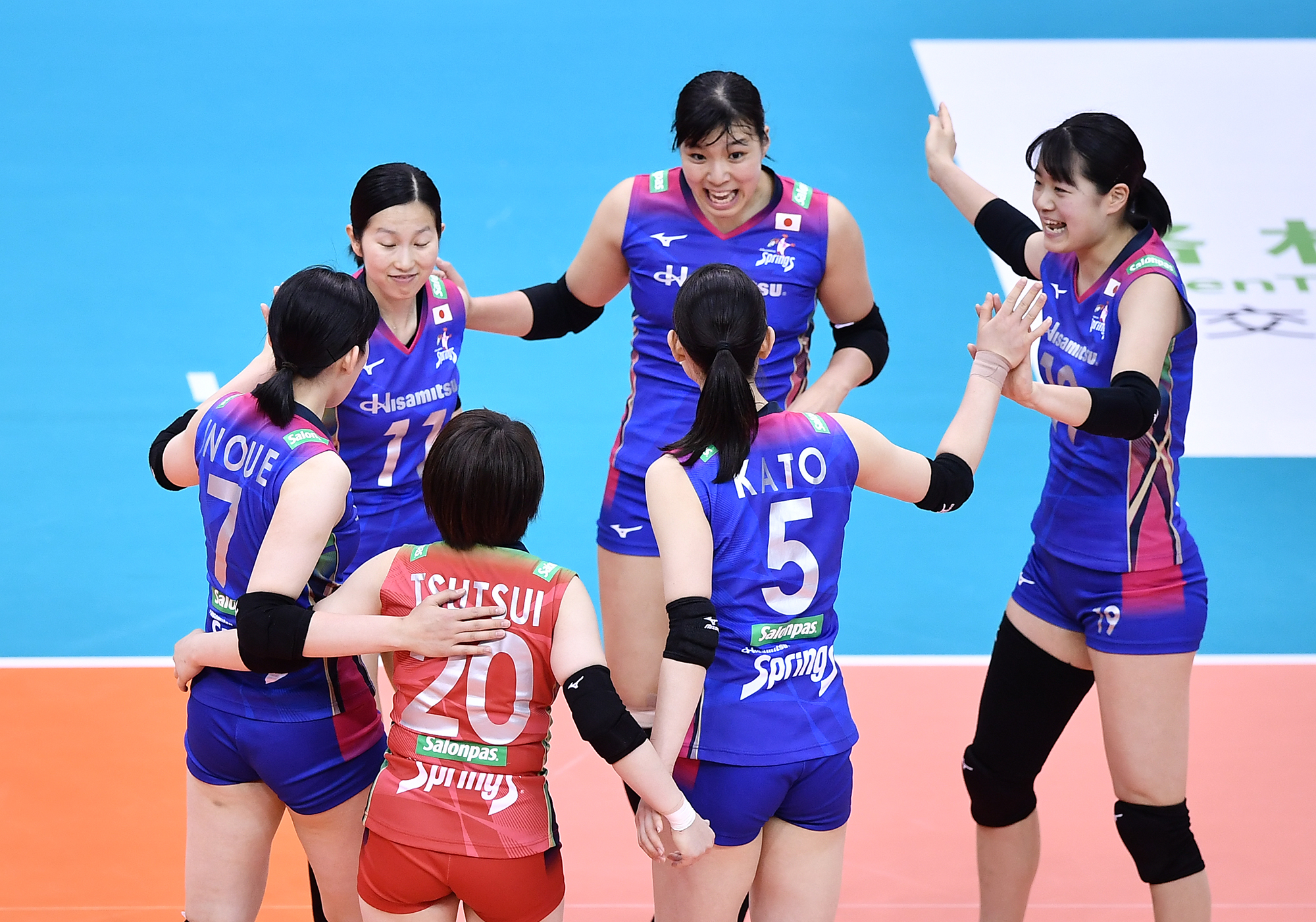 Arisa Inoue chipped in a match-high 25 points for Hisamitsu, followed by Miyu Nakagawa and Hikari Kato with 19 and 14 respectively. On the losing side, Olga Drobyshevskaya, Kristina Anikonova and captain Sana Anarkulova contributed 17, 16 and 15 points respectively.

Both sides took turns leading from the beginning to level at 11-11 before the Kazakhs pushed the opponents back to surge ahead the rivals with a five-point clear at 18-13. Hisamitsu called a timeout and they, led by Inoue with a sequence of mighty spikes, managed to reverse the situation to lead 23-20. However, following a powerful hit back by Anarkulova, Anikonova emitted two missiles of aces in a row to pull the Japanese back again to the same line at 23-23. As the seesaw affair went on, it was Anikonova again who unleashed two consecutive heavy hits to help the Kazakhs finish the tight set 30-28. 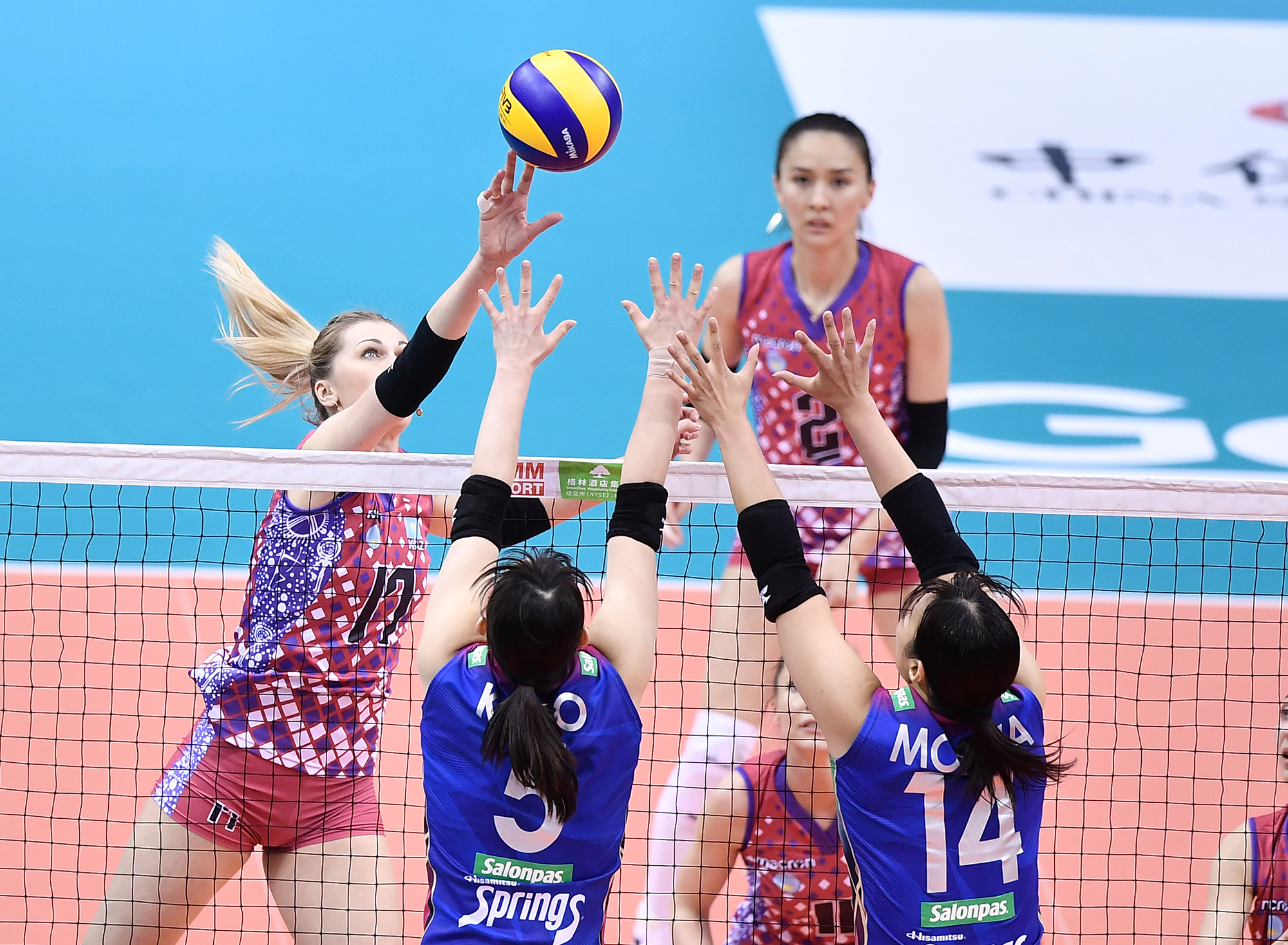 Hisamitsu refreshed themselves in the second set as they firmly gained the upper hand, when the Kazakhs chased up to 18-19. Inoue maintained her attacking fire to reply Altay with a convincing 25-21 win for the Japanese side.

The third set saw both sides stick to each other again at the beginning. However, unforced errors ruined Altay and Hisamitsu seized the opportunity to wrap up the set 25-19. 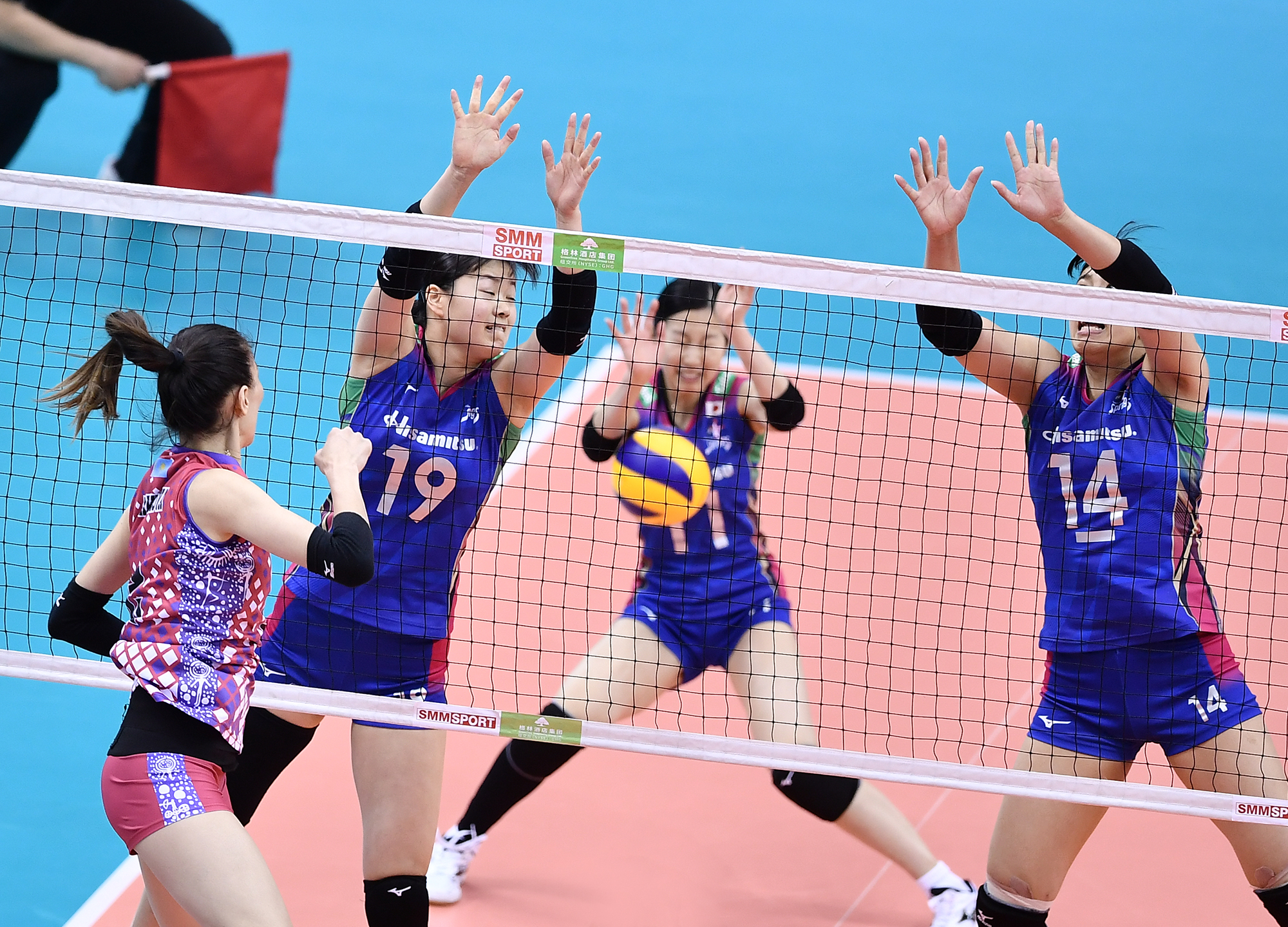 Hisamitsu took the fourth set as a showcase of their mobile and changing attacks. Following a cross-court spike by Inoue, they smoothly clinched the fourth set 25-13, the 3-1 match and the third place of this topflight championship.

“Our rivals were much taller than us, which put a lot of pressure on us. We managed to lock their tactics and then strengthened our offence. Our young players have done a good job, especially in some long rallies, thus we could finally make it,” commented Shing Sakai, head coach of Hisamitsu Seiyaku Springs. 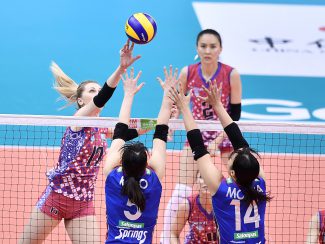 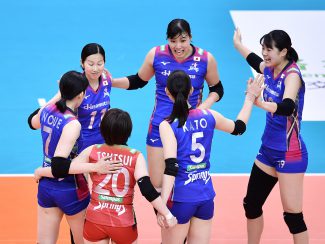 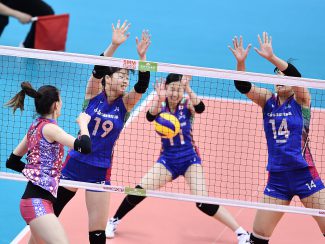