Wagrain-Kleinarl, Austria, March 31, 2019 – Olga Motrich, Anna Romashova, Olga Filina and Polina Lapteva, competing as Russia 1, triumphed with the first ever gold medals from an FIVB Snow Volleyball World Tour event. They lost only one set in their five main draw matches at the Wagrain-Kleinarl tournament, co-organized with the CEV, to write their names in the history of this up-and-coming winter sport.

Motrich already had one gold medal from the CEV Snow Volleyball European Tour event in Erciyes, while Lapteva was among the trophy holders at the Bakuriani event and the silver medallists at Erciyes. Romashova and Filina were on the Russian squads that won European Tour silver medals in Moscow and Bakuriani.

The first World Tour silver went to USA. For Karissa Cook, Emily Hartong, Katherine Spieler and Alexandra Wheeler, this was the second snow volleyball tournament. In December they claimed European Tour gold at their snow debut in Moscow.

At their rookie participation on the snow, the team of Argentina, with Julieta Puntin, Cecilia Peralta, Maria Eugenia and Maria Virginia Zonta on the roster, completed the podium, earning the first winter sports medal for the South American country. 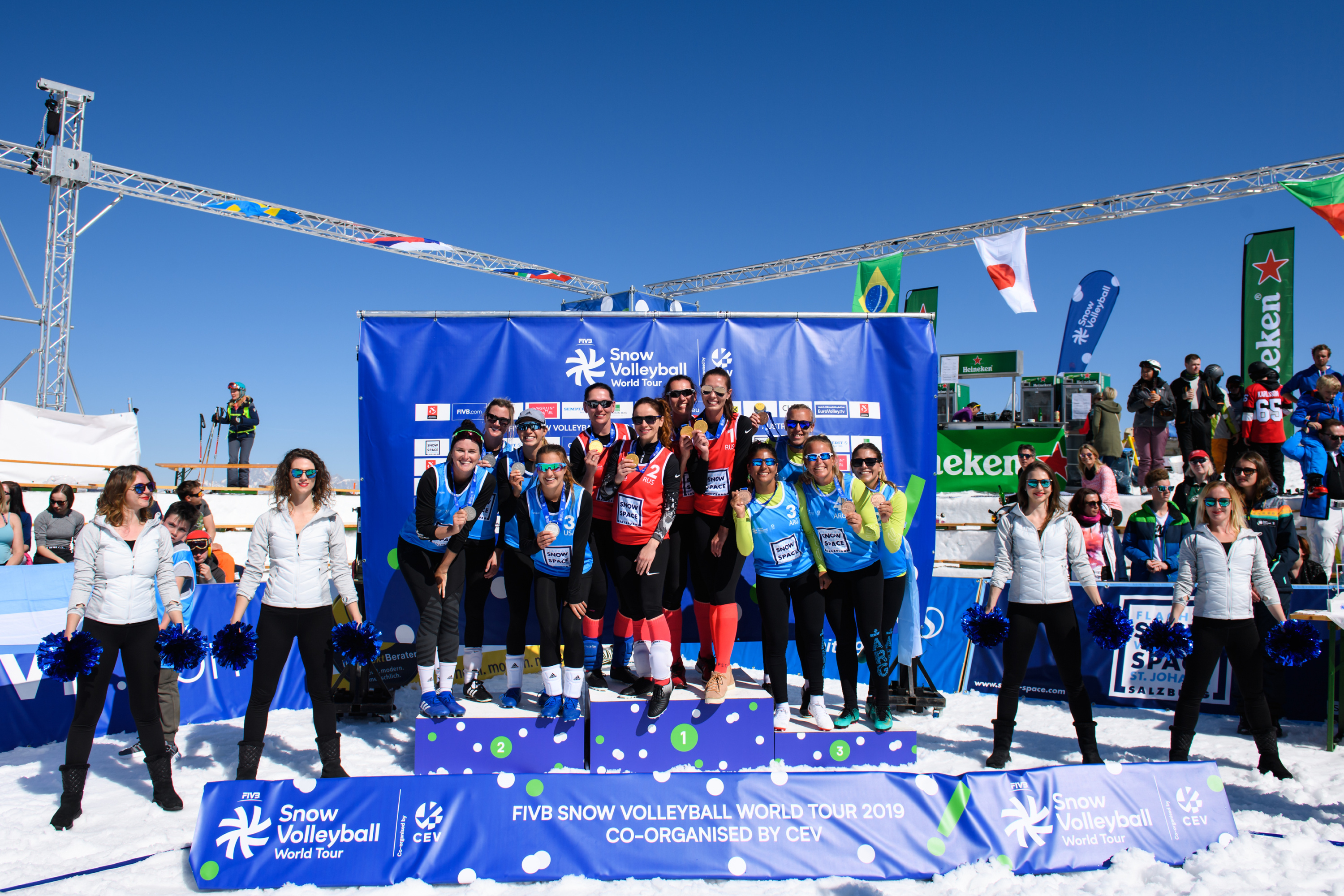 The first set of the gold medal match delivered a nail-biting epilogue for the packed stands at the centre court in Wagrain-Kleinarl. The Russians had a 14-7 lead, but missed out on the seven consecutive opportunities to close the set. The Americans managed an incredible comeback to level the score and even failed to convert a couple of set points of their own, before Russia 1 finally closed the set at 19-17. In the second set, the European side were well in control and cruised to a 15-8 win and the trophy, handed to them right on the court by Peter Kleinmann, CEV Board of Administration member.

“It was a difficult game against a very strong team and we are glad to have won it,” commented Olga Filina right after the final. “We are all very happy! This is a beautiful place, very exciting atmosphere, good organization… We enjoyed this tournament!”

In their semifinal clash in the morning, Russia 1 lost the first set to Argentina, but then mounted a furious comeback to claim a 2-1 (13-15, 15-9, 15-6) victory. Overcoming a late Czech Republic 2 comeback scare in the second set of a semifinal they were otherwise well in control of, the Americans defeated their European opponents by 2-0 (15-7, 15-9).