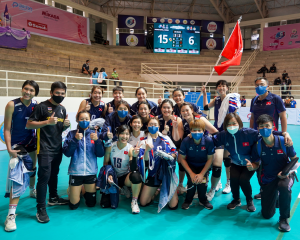 After five days of exciting competition, Hong Kong, China team fell short to hosts Thailand U20 squad in the first match but they regrouped and came back strong to capture four straight wins over Malaysia, Singapore, India and Uzbekistan. The come-from-behind win against India was even spectacular. Players showed their “never give up” spirit in this match.

As Thailand U20 only joined the competition as performance and the result would not be taken account for the eventual Challenge Cup winners; Hong Kong, China team remained undefeated against other four teams and claimed the 3rd AVC Women’s Challenge Cup crown. The 4th place was the best result Hong Kong, China volleyball team ever had in any international competitions. They not only finished this competition in top three but also clinched their first-ever championship. These players were writing a splendid chapter for Hong Kong, China Volleyball. 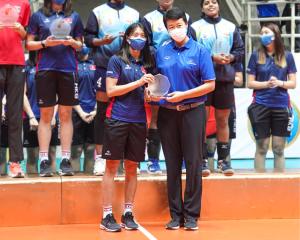 Chiu Man Hin, Chairperson of Executive Committee of Volleyball Association of Hong Kong, China (VBAHK), appreciated the hard work of players and coaches, “I am thrilled for the first-ever championship of Hong Kong, China team. Players were preserving during pandemic; they trained in various ways to keep their fitness level in order to get well-prepared for this competition. Their spirit, their potentials and team efforts on and off the court were the key to success. Again, I am thankful to players’ and coaches’ effort.”

Challenge Cup MVP, team captain Chim Wing Lam described this championship journey as “miracle”, “We had a losing record against India and rarely played with Singapore. In order to overcome these challenges, we analysed our opponents before every game. Also, the chemistry among experienced players and fresh players was surprisingly outstanding. It was teamwork that made the dream work.” Chim said the team has built confidence after this competition, “We improved our defence and reception a lot. In the near future, we are able to shape our team style with some faster tactics which are the trend of world class volleyball. Last but not least, we will also uphold our “never give up” spirit in any competitions.” 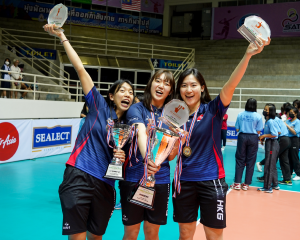 VBAHK is also sending the heartfelt gratitude to coaches’ hard work, the support of strength and conditioning coaches and CUHK Sports Medicine Team as well as the regular training base at Hong Kong Baptist University Affiliated School Wong Kam Fai Secondary and Primary School for the Hong Kong Teams. Their great support should not be diminished in our marvelous success in the Challenge Cup.