The COVID-19 pandemic earlier this year forced Hong Kong, China Team’s training to pause since the sports facilities were closed. Even so, players remained in fitness training to maintain their fitness level and prepare for facilities reopening. Since relaxing the disease prevention measures in April, they’ve been back to training in full strength. The support from the Fitness Coach Team as well as CUHK Sports Medicine Team has facilitated players to improve their condition in a short period of time. 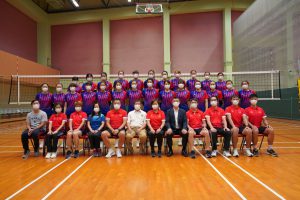 Captain Chim Wing Lam has set a target to reach the final four in the Challenge Cup and has eyes on the medal, “The level of teams is really close; hopefully, we could achieve the best result to prove we are in a certain level and build confidence for the postponed Asian Games in 2023.”

Vice-captain Yu Ying Chi appreciated the support from the Volleyball Association of Hong Kong, China, which arranged many training courts and provided various assistance once training resumed. “We will do our best to improve our ability and chemistry among teammates even though time is limited. After the intensive training these two months, we are back to a competitive level but, indeed, we were lack of competition in the past two years. Hopefully, we could show our opponents what we’ve got in Challenge Cup.” 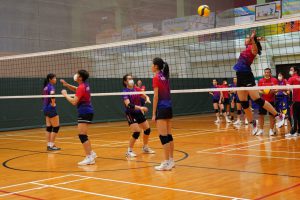 Due to the impact of the pandemic, there were no regular competitions and training last two years. Head coach Kwok Kin Chuen claimed that his plan was disrupted, “We planned some tactics and fitness training before COVID, but it did not go as expected. Fortunately, players have got back in condition after intensive training since April. They are now able to compete.”

He emphasized the final goal is still the postponed Asian Games. Kwok hopes to review the performance from the Challenge Cup in order to adjust his training plan in the future and also strive for the best result in this competition. He had never seen the players as desperate for competition as they are right now, and he is delighted about it, “They are so aggressive in training these days. We could see they have a clear objective: to become the final four in the Challenge Cup. I am sure that our players are confident of overcoming any challenges.”

Six teams will participate in the Challenge Cup, including the host Thailand (U20), Hong Kong, China, Singapore, Malaysia, India and Uzbekistan. Starting on June 24 (Friday), the teams will play in a round-robin format to decide the final position. The Challenge Cup aims to elevate the volleyball level of second tier teams in Asia. Yet, Thailand is the top 8 teams; the host will only join the competition as performance and the result will not be taken account for the eventual Challenge Cup winners. 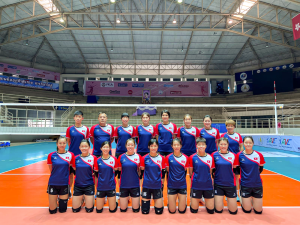 *All schedules should be relied on the announcement by the Organizer.