Nakhon Pathom, Thailand, June 11, 2022 – Spectacular performances from Setayesh Hosseini and Paria Hajatmand led Iran to a lop-sided 25-9, 25-15, 25-12 victory over Uzbekistan in their last preliminary encounter to finish third in Pool A but both sides will next contest the 5th-8th playoffs in the 14th Asian Women’s U18 Volleyball Championship at the Nakhon Pathom Sports Center Gymnasium ion Saturday. 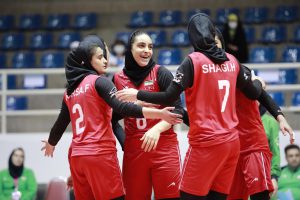 The dynamic duo scored respective 19 and 12 points as Iran captured two matches in straight sets in Pool A. The last victory took place on the opening day when the Iranian squad pulled off a straight-set win over Australia in the pool plays. 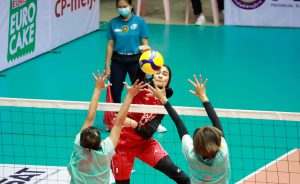 It was a complete team effort for Iran, which also received tireless contributions from setter Dorsa Fallah, regarded by the coach as the pick of the bunch for the bright future of Iran Volleyball. No Uzbek player reached double digits, as Dilnoza Boymorzaeva led the team with 8 points. 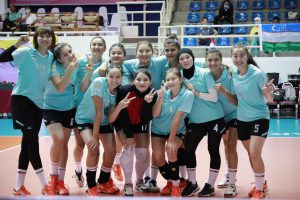 Ahead of the match, both Iran and Uzbekistan had the similar record of 3 points from one win against Australia and two losses, resulting in this crucial match to determine the third and fourth places in Pool A. However, Iran fared better to win this match, but both sides had similar chances of  next competiing in classification round for 5th-8th places. 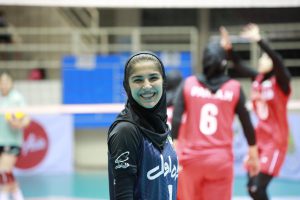 Iran showed their dominance in the opening set to win 25-9 with ease. The match got a bit tougher for Iran in the second set as Uzbekistan changed tactics in an effort to stay on course. However, Iran clawed their way back to unleash powerful attacks and leave the lower-ranked rivals behind with four-point clear at 18-14. The Iranians stretched the lead to 22-15 and never looked back from then on to finally close out the set 25-15, thanks to brilliant serves of Setayesh Hadi. The Iranians still played confidently and consistently in the third set for a comfortable 25-12 win. 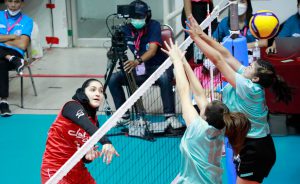 “We tried to be serious from the very beginning. Australian and Uzbek volleyballs were close to our volleyball style, so we could brush them off to complete the preliminary round with two wins against two losses to Korea and hosts Thailand. I think this event is at the top level as I have been in the previous editions and I can see that teams are very determined and well-prepared here,” head coach of Iran, Mitra Shabanian, said after the match. 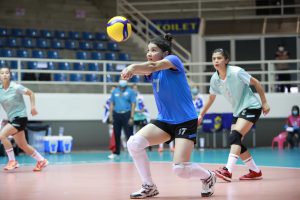