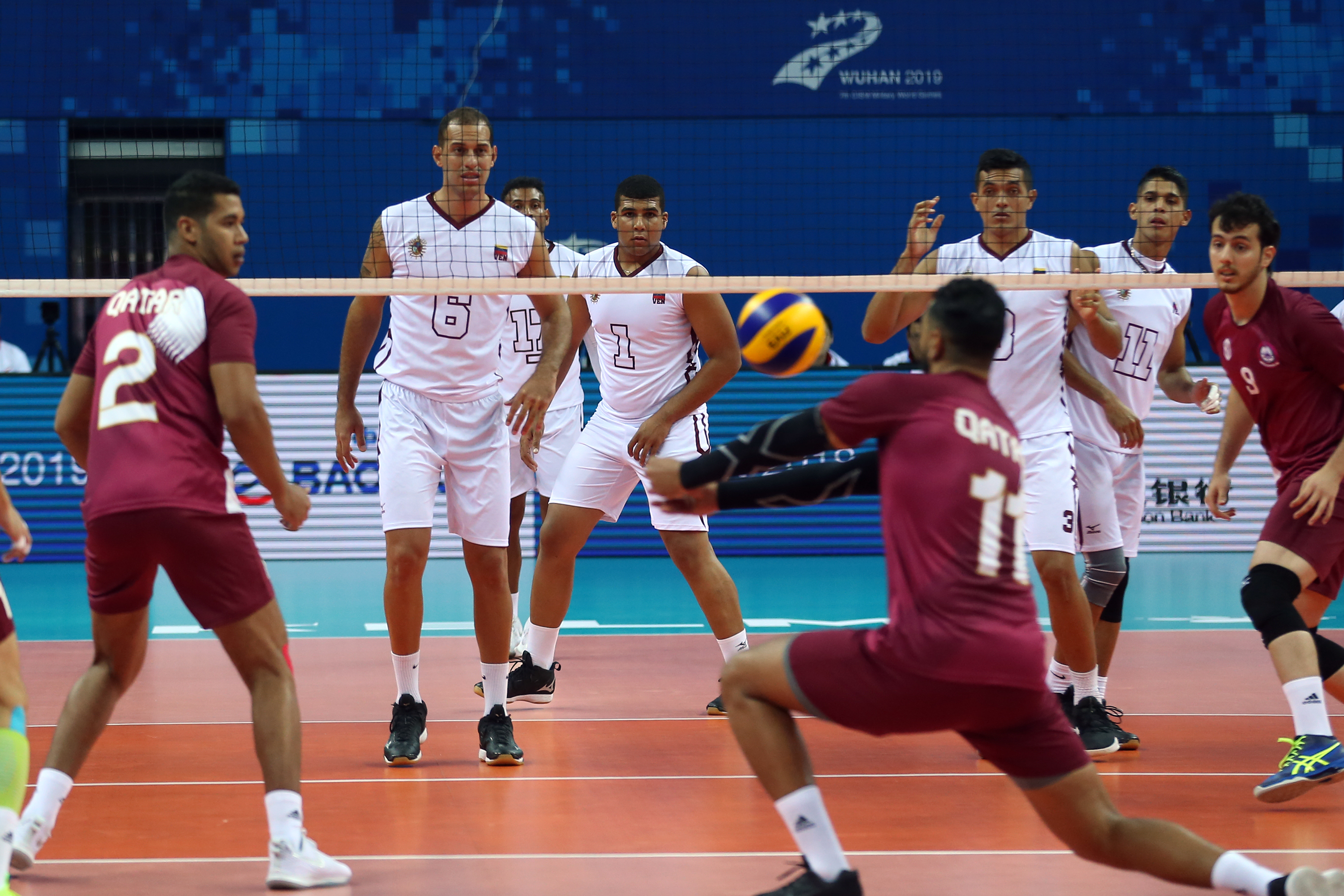 In Pool A, Venezuela produced quite a few problems to Qatar but the latter fixed them in time for a hard-fought straight-set 3-0 (27-25, 25-22, 25-21) win. Armed with devastating spiking skill, Qatar’s team captain Oughla Youssef scored a match-high 22 points including 19 attacks from 35 attempts and a team-leading 3 blocks. 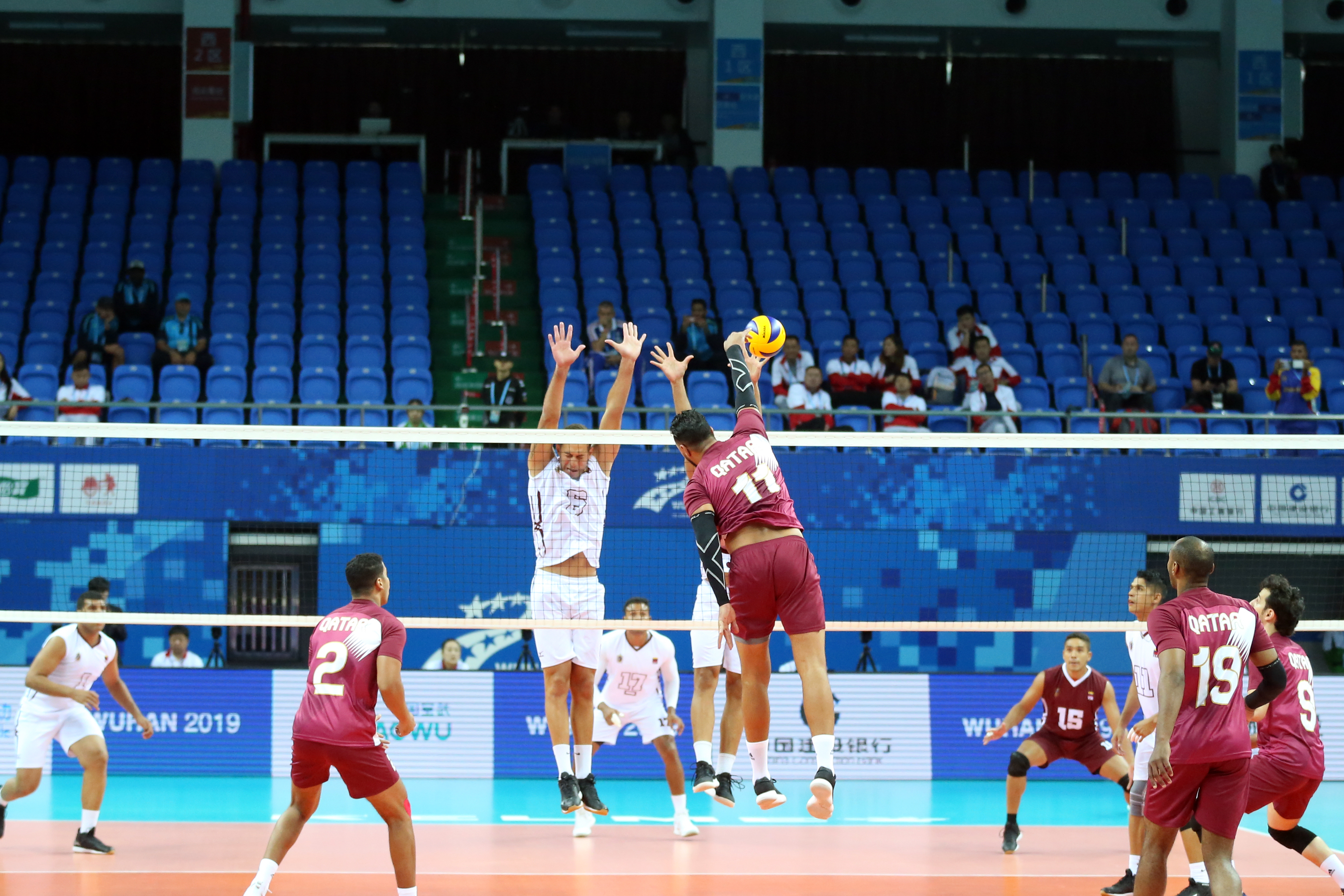 In the first set, thanks to the opponents’ service errors, Venezuela opened up with a 8-4 lead at the first technical timeout, but Qatar gradually pulled their game to catch up with the rivals and pulled away to win the thrilling first set 27-25.

The second set remained in the same pattern as both teams struggled to take a slim advantage , but Qatar fared better to edge past Venezuela 25-22. 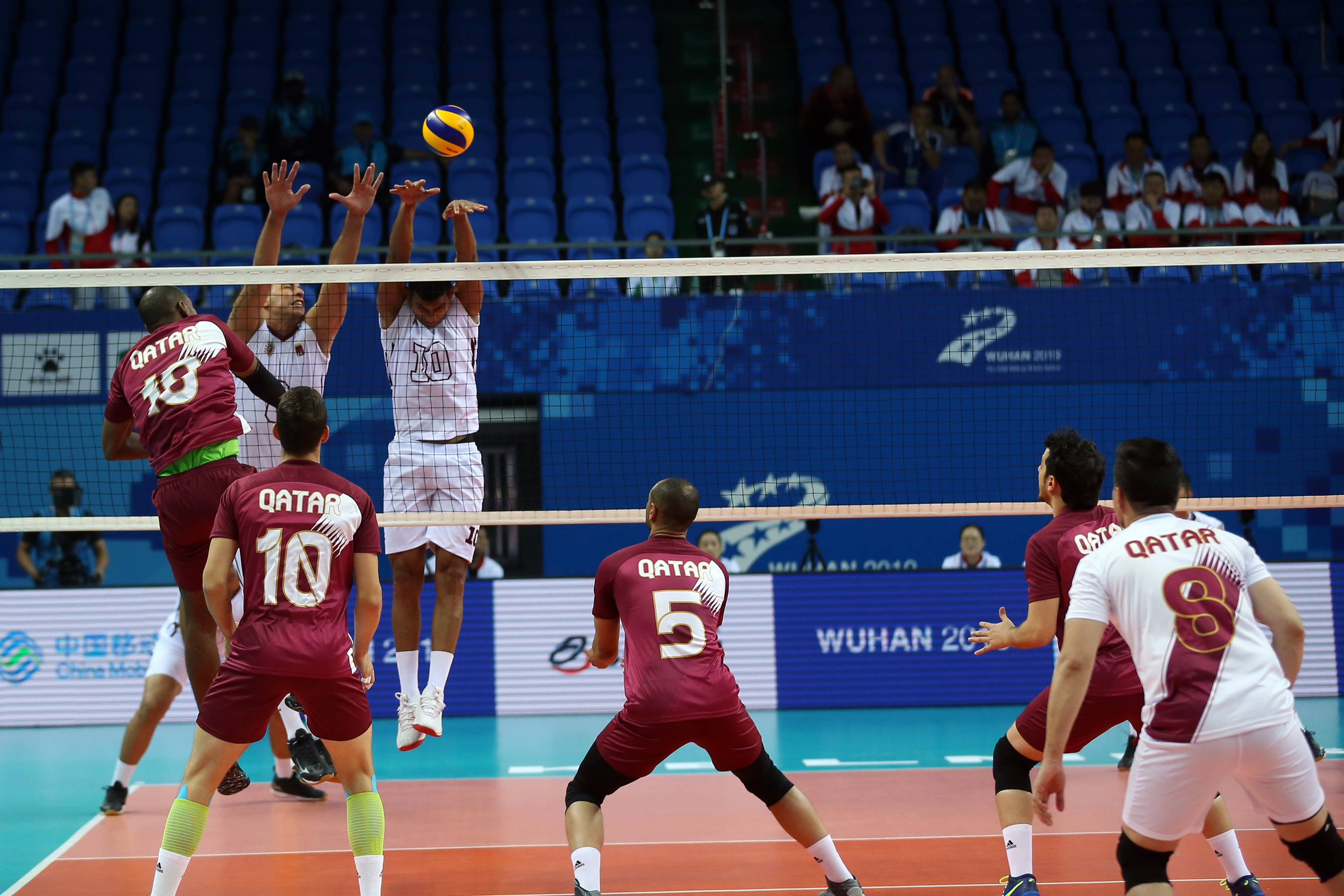 Venezuela matched up with Qatar on the attacking side in the third set but too many errors ruined themselves. Qatar benefited up to 24 points from the opponents’ errors and they finally won the set 25-21 and match 3-0 In the first set, Korea settled into the match and came out strong on attacking. Iran acted calmly on opposing their opponents with relatively powerful blocks. However, due to some unforced errors, Iran went down in the first set 18-25.

Attempting on reducing their mistakes, Iran kept up with Korea in the second set and following a crunching spike by Heidari Mohammad Omin, the Iranians pulled the Koreans to the same start line with a 26-24 set win. 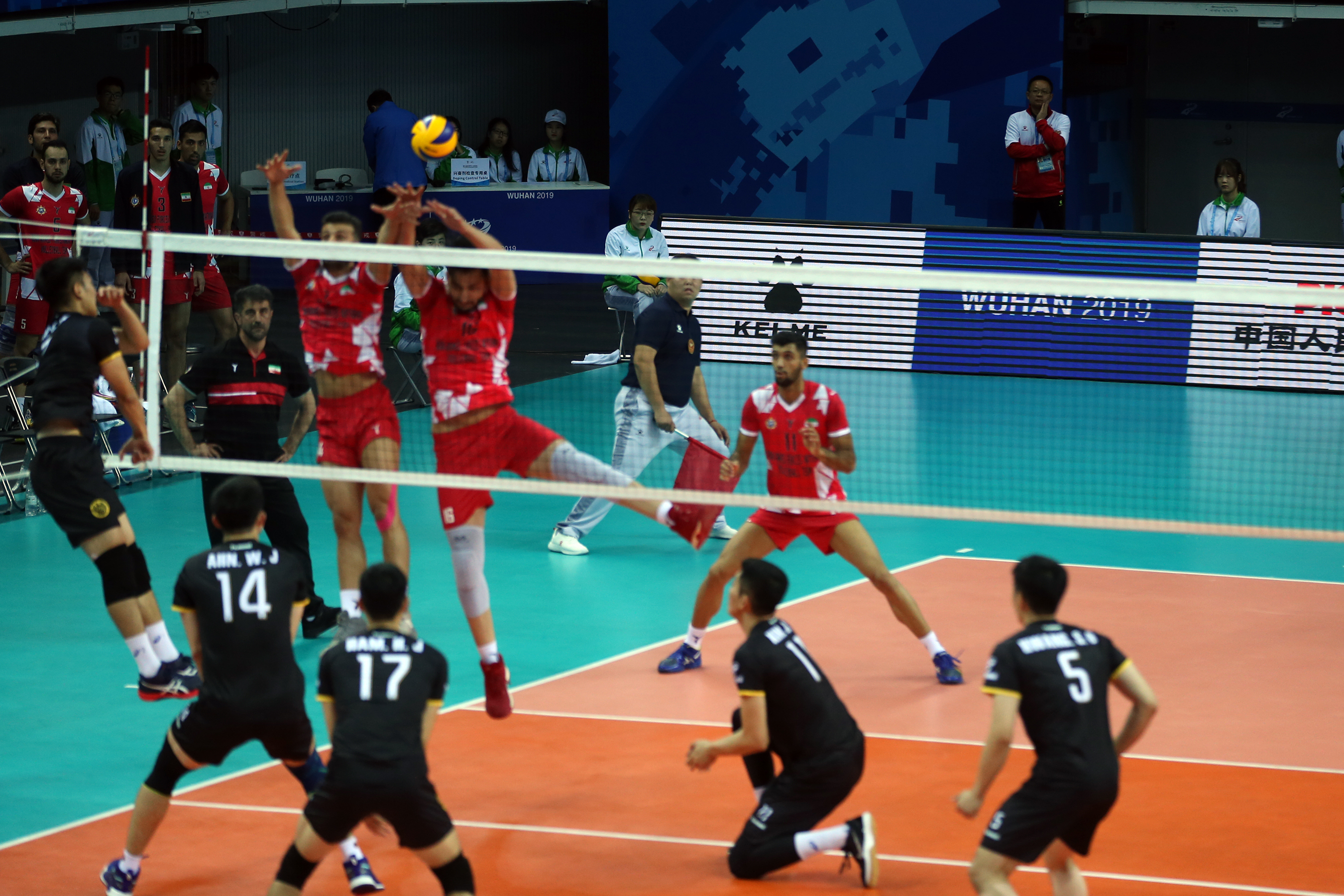 Sharpening their service and spiking, Korea blew back and responded Iran with another 25-18 win in the third set and they did not make more mistakes in the fourth set as they seized the upper hand on some incredible rallies with Iran and closed out the close set 26-24 and match 3-1.

Heo Subong, the high-skilled wing spiker, came out forcefully on attacking, bagged a remarkable match-high 30 points for Korea, followed by Ham Hyeongjin with 15, while the best scorer of Iran Heidari Mohammad Omin only pocketed 14 points. 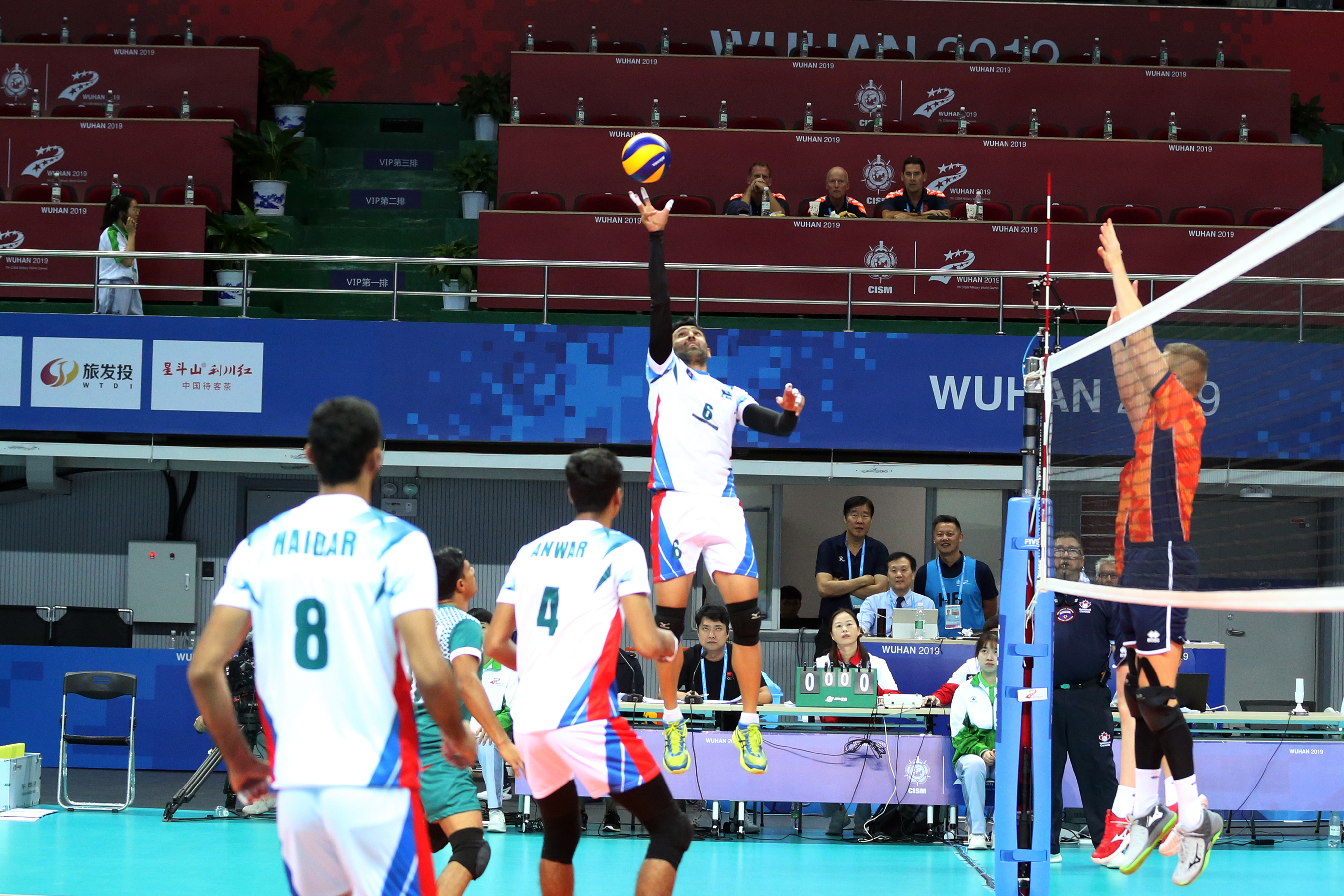 In the third encounter, with only 8 player in the roster, Pakistan breezed past the Netherlands 3-0 (25-17, 25-11, 25-15) within 68 minutes. The Netherlands played like an amateur team as they could not organize efficient attacks. They only sneaked 16 points from the spikes. Farooq Haider chipped in with a match-high 16 points for Pakistan followed by the captain Mubashar Raza with 14. 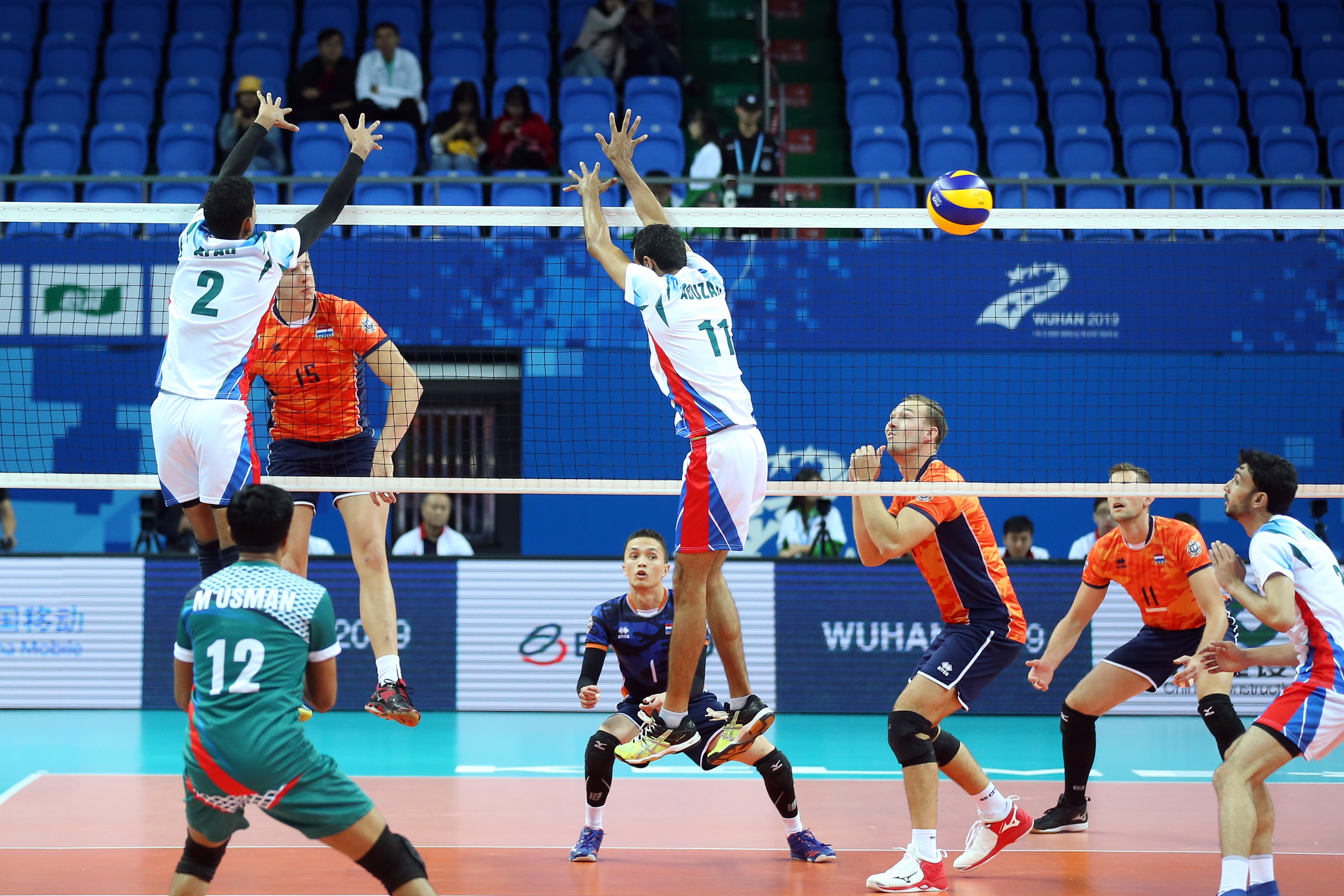 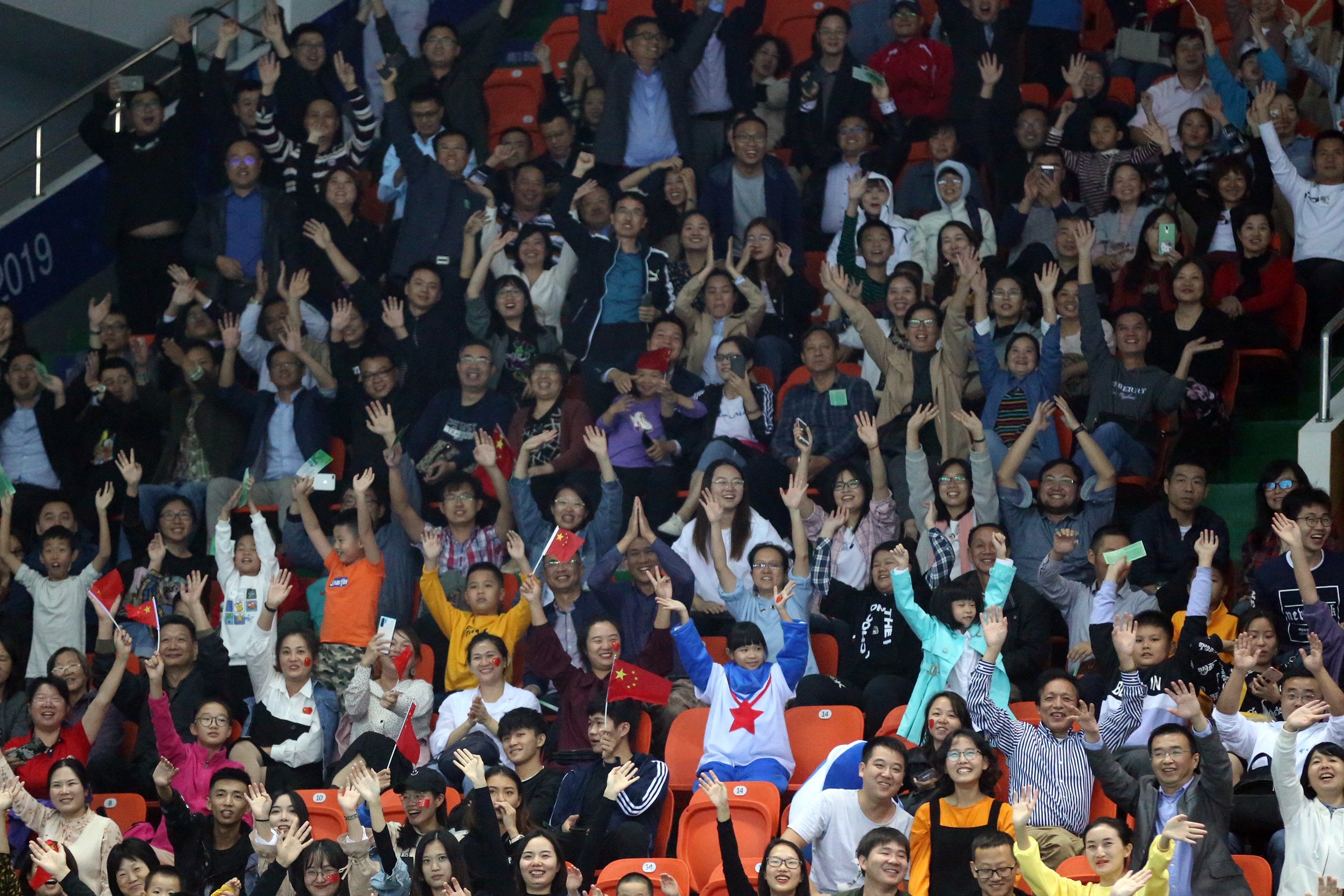 China led 2-0 thanks to an excellent ace and a powerful spike from wing spiker Liu Libin. France showed no inferiority as they raced to a 4-4 tie, coloring an intense mood. After the first technical timeout at 8-7, China’s good teamwork paid its dividends as they widened the gap before closing out the set 25-17. 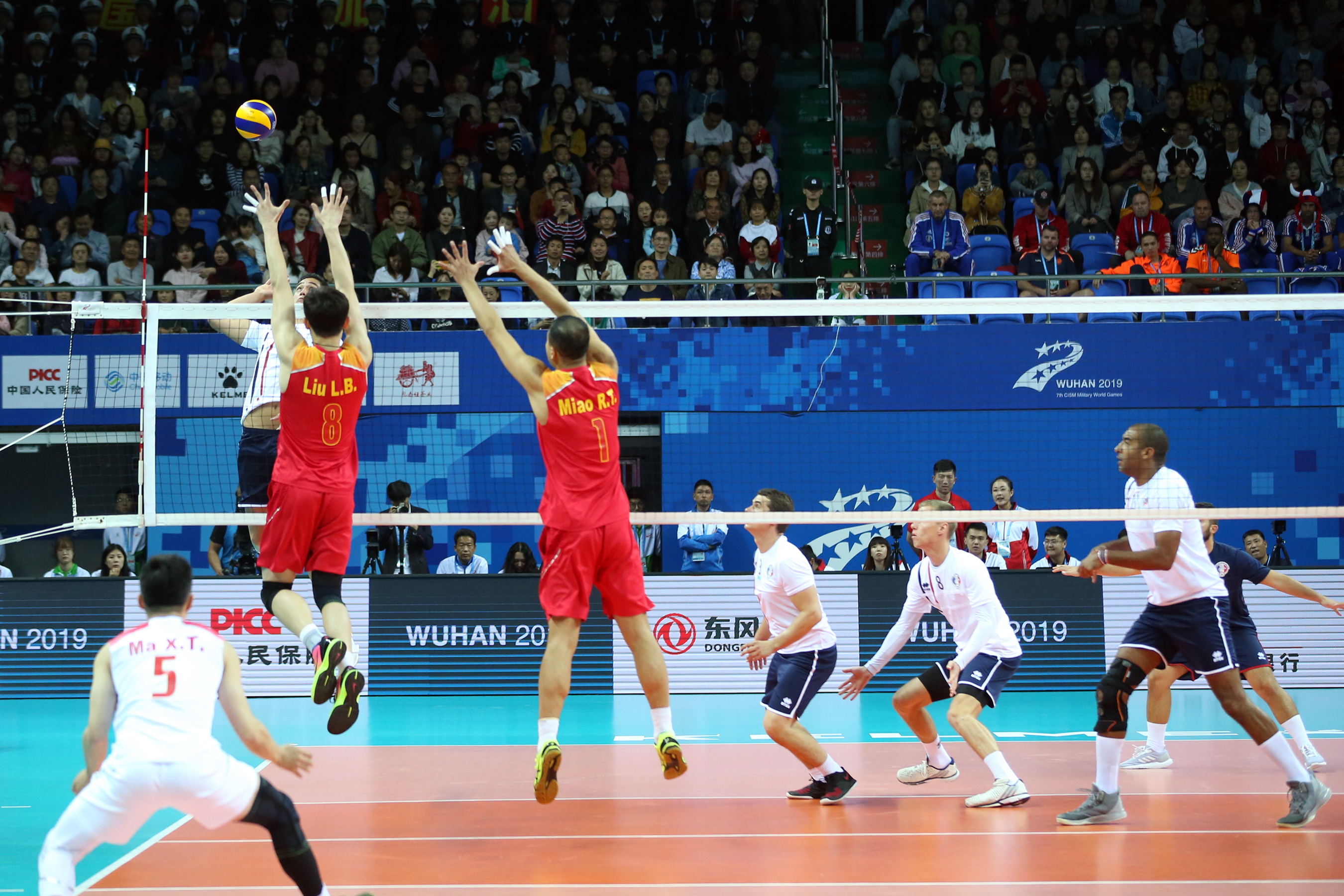 In the second set, French made a smooth momentum at the beginning and kept a neck and neck chasing before China established an 8-5 lead at the first technical timeout. With cast-iron defense and blocking as well as well-planned strategy, China organized consecutive attacks and smashed thundering spikes, breaking down the rivals’ system and closing out the second set 25-16. In the third set, the Chinese followed the same pattern which achieved a satisfactory result 25-16, beating France to delight their fans inside the competition venue. 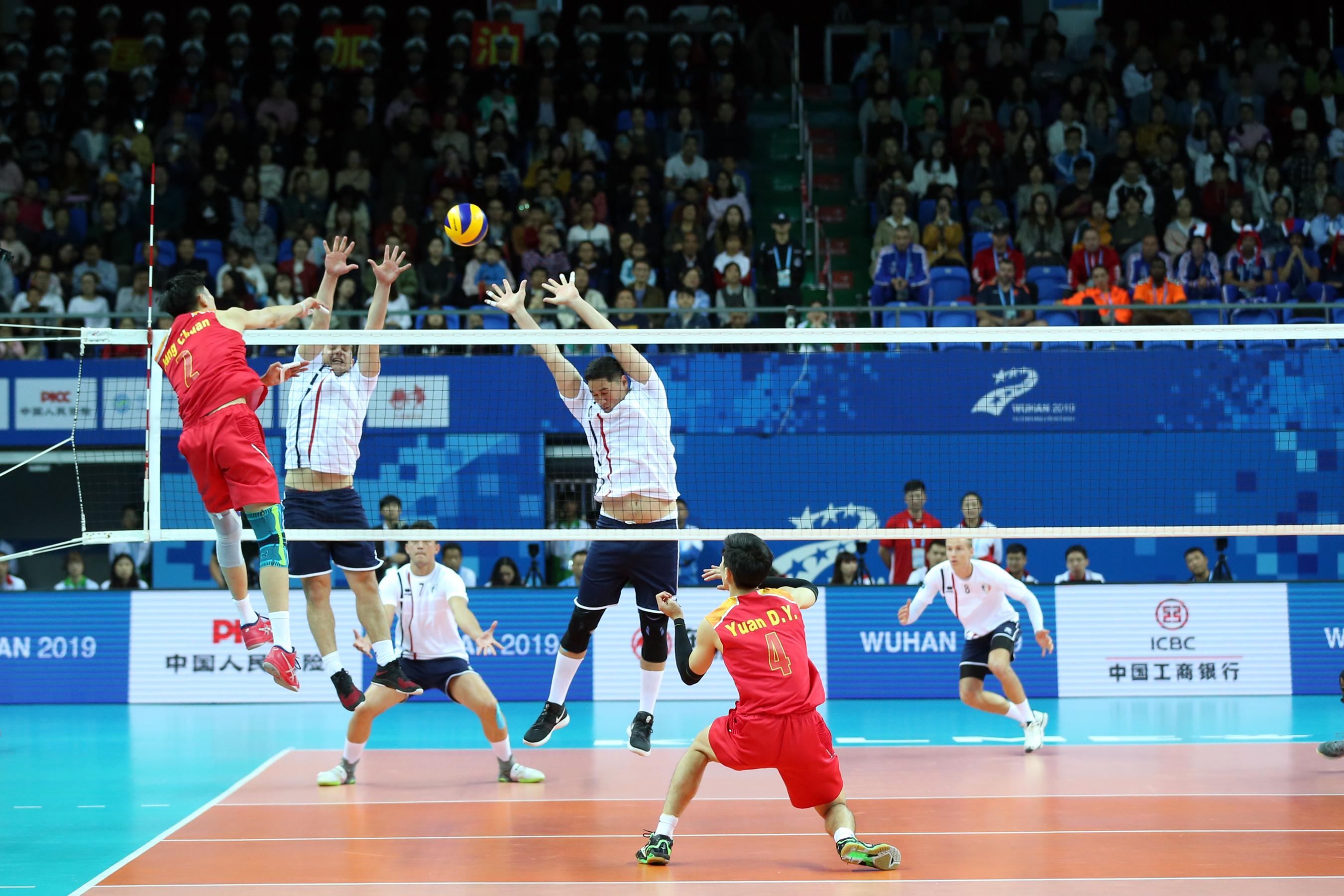 The men’s volleyball competition of the 7th CISM Military World Games 2019 will continue its preliminary round till October 24 before entering the semi-finals. The final showdown will be held on October 26 to decide the gold medal in the men’s event. In the previous 6th CISM Military World Games 2015 in Korea, Brazil conquered Egypt 3-1 (25-22, 25-22, 22-25, 29-27) in the final to claim gold medal.

Wuhan, the capital of Hunan Province and the largest city of China central area, was granted the right in May 2015 to host the 7th CISM Military World Games 2019. This is for the first time that China hosted the CISM World Games. The Games were open on October 18 and will be closed on October 27.