DAY 5 (SEMI-FINALS) WRAPUP
Jiangmen, China, January 11, 2020 – In-form China and formidable Iran set up a final showdown of the AVC Men’s Tokyo Qualification 2020 at the Jiangmen Sports Centre Gymnasium after beating their tough opponents in highly-anticipated semi-finals on Saturday, with the former demolishing Qatar in dramatic four-setter and the latter surviving a Korea’s scare in hard-fought five-set thriller. 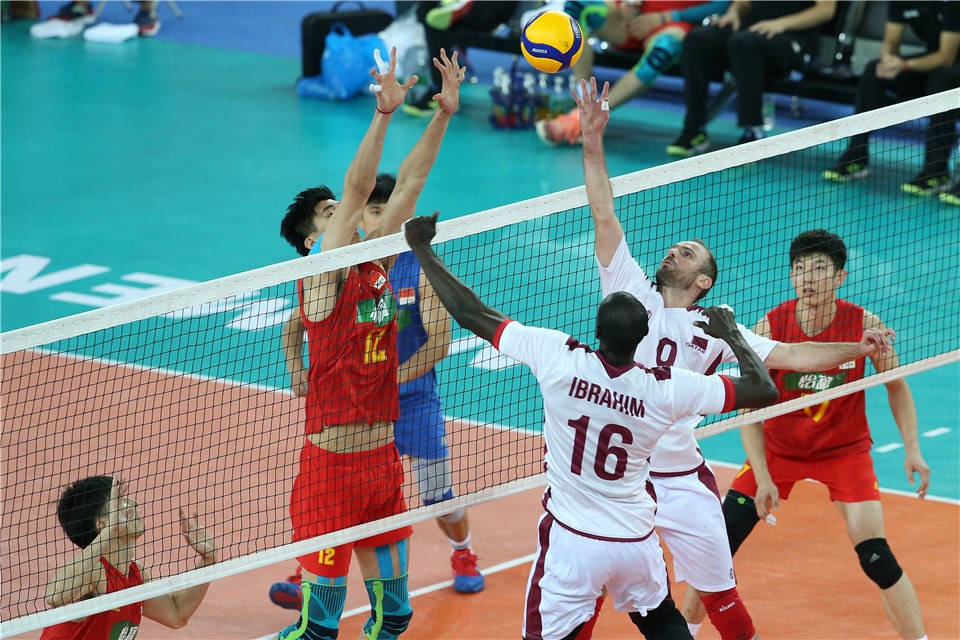 Terrific Jiang Chuan scored a match-high 23 points as hosts China advanced to the showdown after a 3-1 (25-22 25-18 23-25 25-20) demolition of Qatar, the team which have never qualified for any other FIVB competitions, but captured the 2018 AVC Cup for Men title in Taipei and 4th place at the 2015 Asian Senior Men’s Championship. 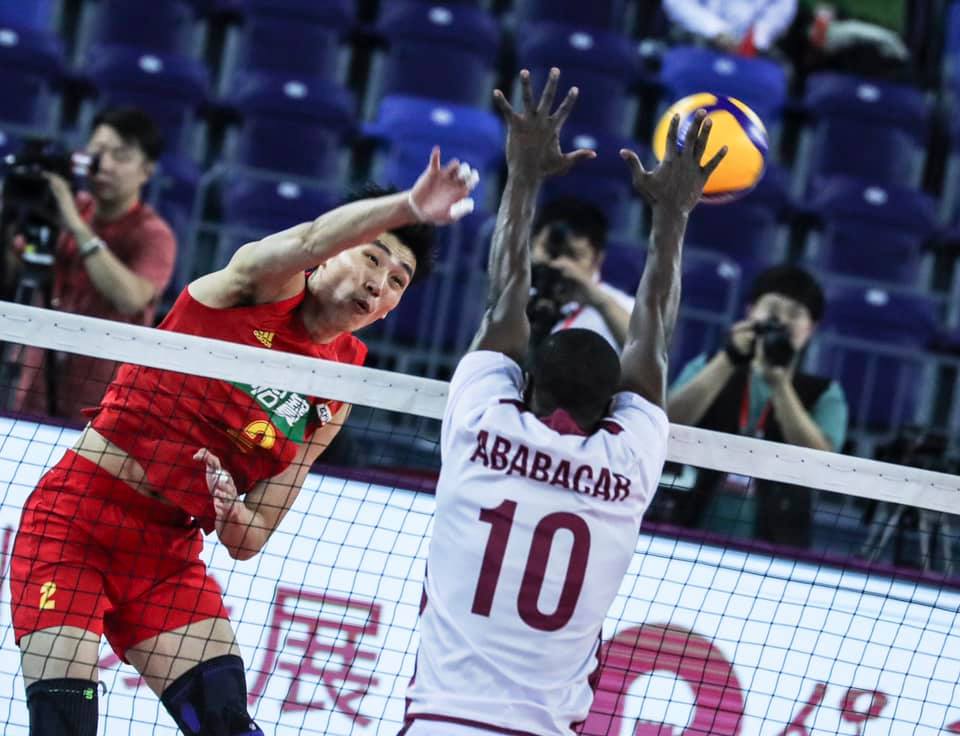 The dramatic win gave China a step closer to securing their place in the Tokyo 2020, which, if they fulfil their dreams, will be their third appearance in the Olympic Games history since they last tested their mettle in the 2008 Beijing Games as the Olympic hosts. In the Sunday’s clash of the Titans, China are due to take a “revenge match” against unbeaten Iran, the team they went down in straight sets in the preliminary Pool A match on January 9. 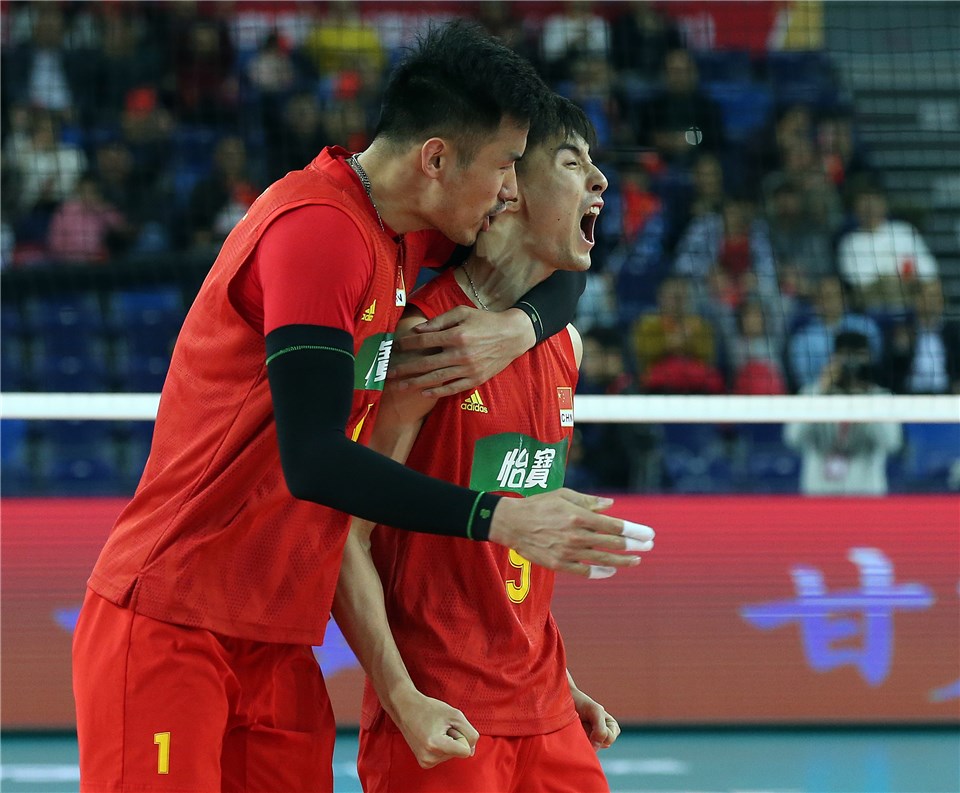 China, current world No.20 and 6th place at the last year’s Asian Senior Men’s Championship in Iran, fielded a strong squad in this top-flight competition, eight of them competed in the last year’s Asian meet including a superb duo of Jiang Chuan and Liu Libin, the first Chinese men’s player who played professionally with a foreign club (currently playing for Japan’s JT Thunders), and the hard-attacking Dao Qingyao, who did not join the fray at the last year’s’ Asian meet. 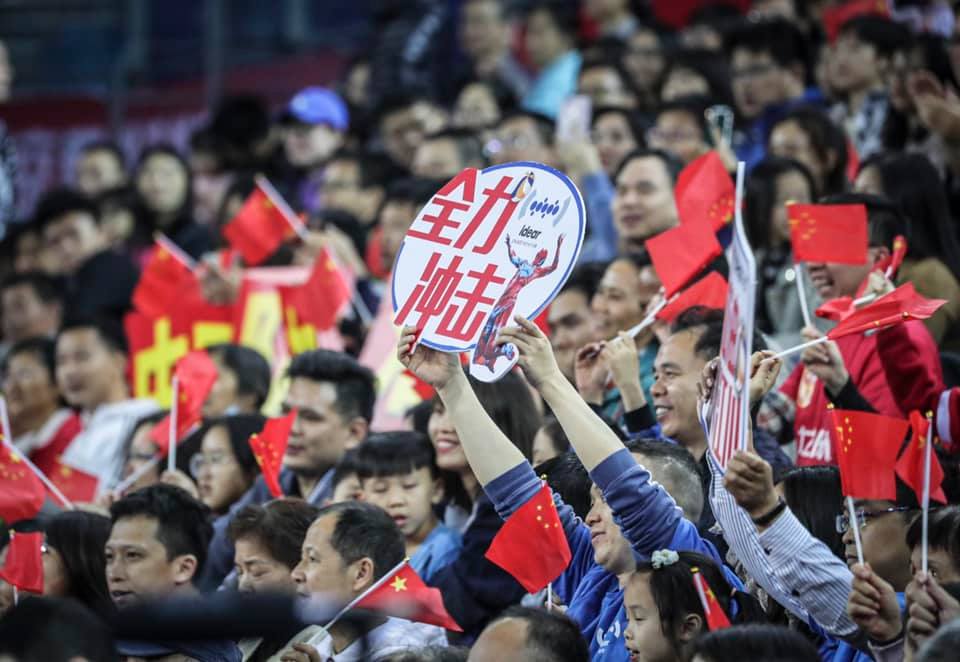 “Iran are one of the world’s top teams and the Asia’s powerhouses. To beat them is not that easy. China have never beaten Iran in major competitions for several years. However, anything can happen in sports competitions,” Mr Cai Yi, Director of Competition Department of China Volleyball Association, was quoted as saying.

Nonetheless, China proved the critics wrong after overpowering Iran in straight sets in the Pool F classification round in the 2017 Asian Senior Men’s Championship in Indonesia before going down 1-3 to the second-string Iranian side in the 5th-6th playoff match in the same competition. 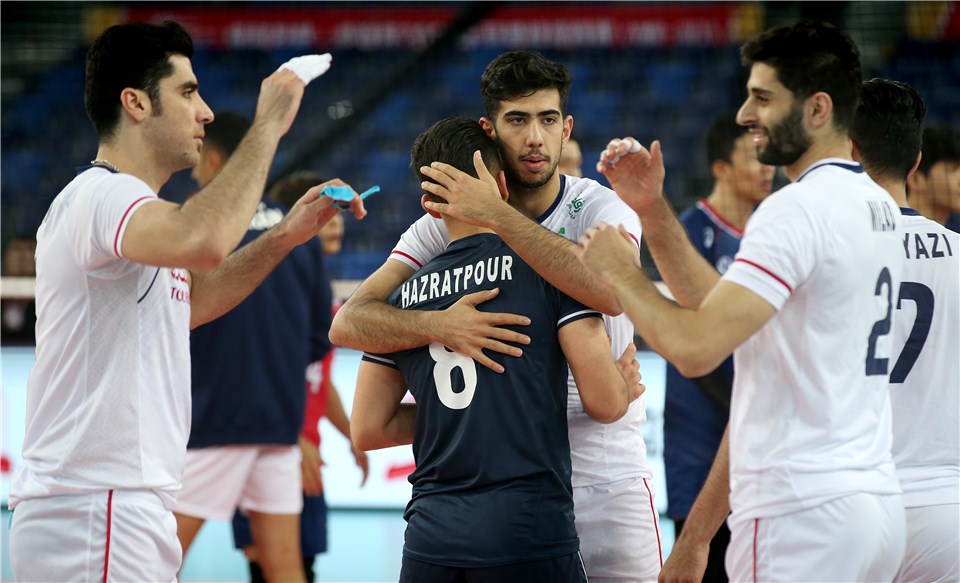 Earlier, embattled Iran carved out an epic 3-2 (22-25 25-21 25-18 22-25 15-13) win against gallant Korea in the 124-minute semi-final clash, the final rematch of the 2018 Asian Games in Indonesia. The Iran’s triumph smashed Korea’s long-awaited Olympics dreams as Korea had competed in the Olympic Games for eight times, but had not featured since the Sydney 2000 Games. 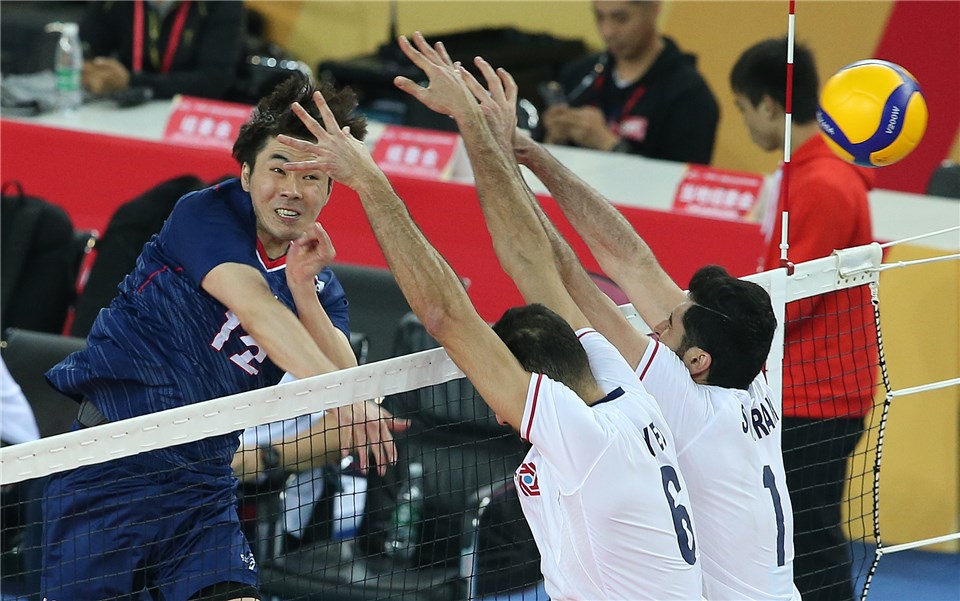 In their daunting clash against the Asian winners and world No.8, Korea fielded a strong lineup, four of them competed in the team which finished fourth place at the last year’s Asian Senior Men’s Championship in Iran including Shin Yung-Suk, who won the Best Middle Blocker Award there. 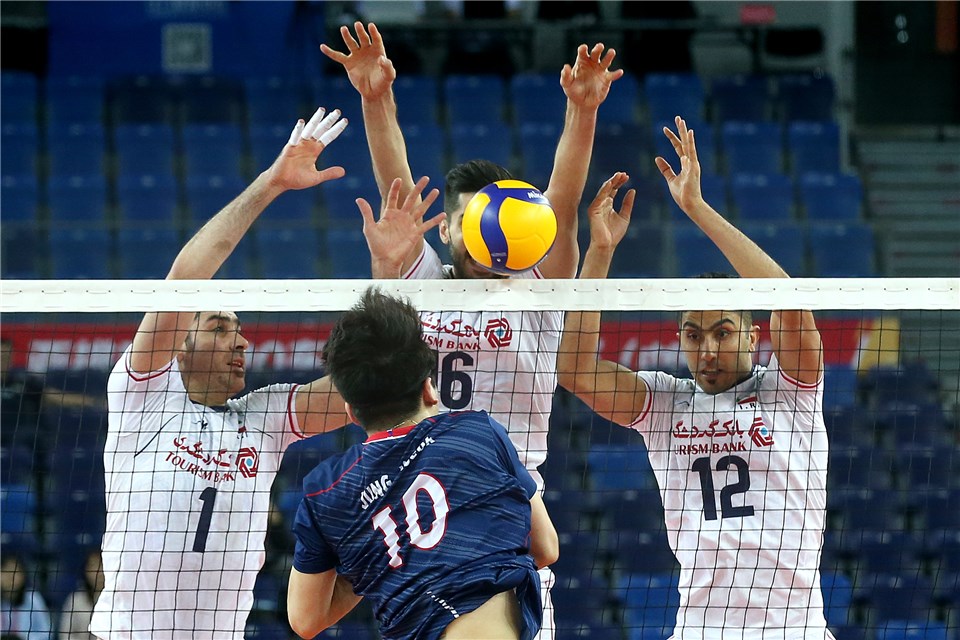 Iran also sent in a solid squad which captured the Asian title on home soil last year and finished a surprise second place in the preliminary round of the 2019 Men’s VNL after winning 12 out of 15 matches contested among the world’s top 16 teams. Key players in the Iranian squad included Milad Ebadipour, Mir Saeid Marouflakrani, who won the Best Setter Award at the 2019 Asian meet, Seyed Mohammad Mousavi Eraghi, the Best Blocker at the Asian meet, Purya Fayazi and Mohammadreza Hazratpourtalatappeh. 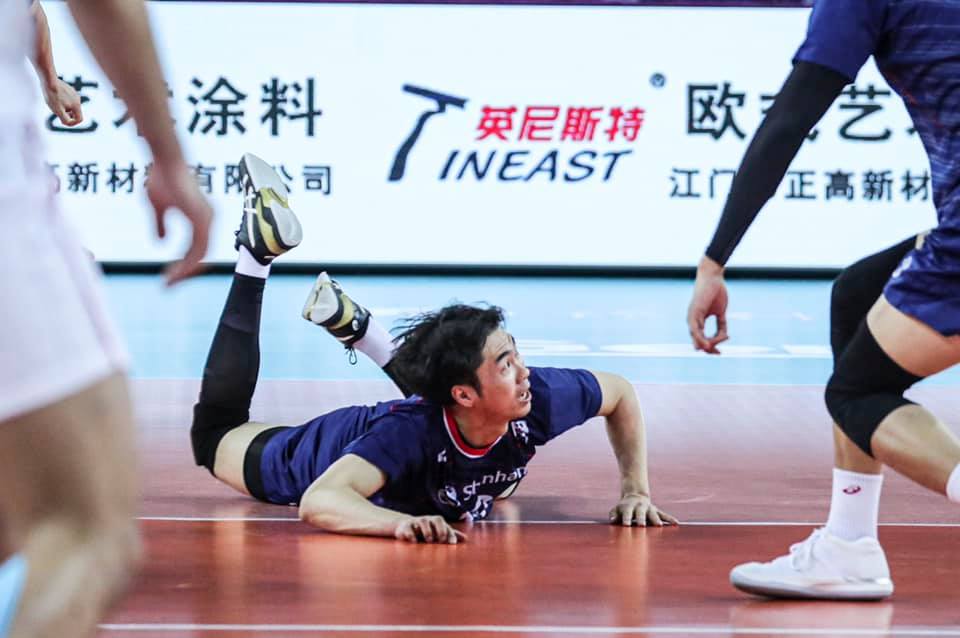 Iran played with confidence and consistency, foiling the Korean efforts with their devastating attacks and efficient blocks. Despite putting up a brave fight against the highly-experienced rivals, Korea found Iran a tough nut to crack to go down in hotly-contested five-setter. 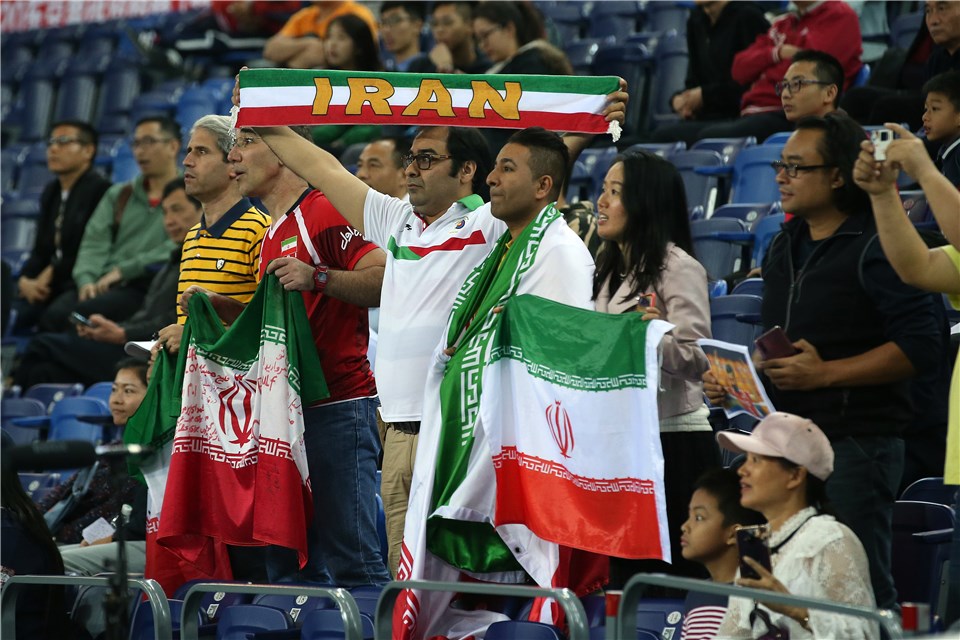 In the Sunday’s final, hosts China will strut their stuff against Iran at 8pm local time, followed by the awards presentation. 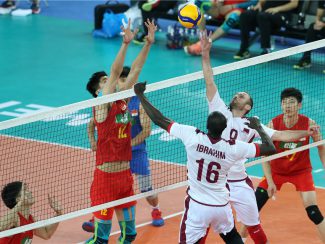 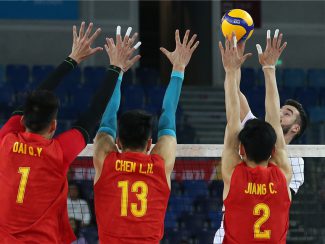 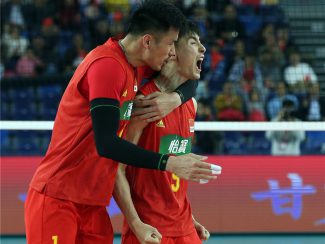 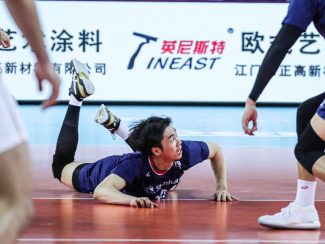 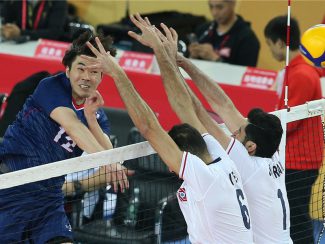 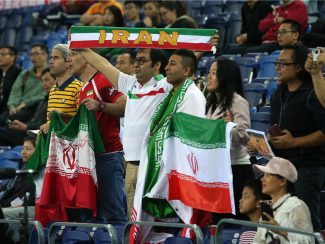 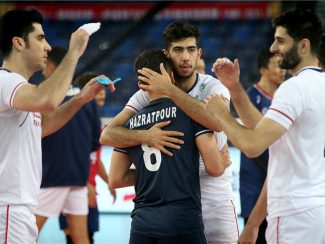 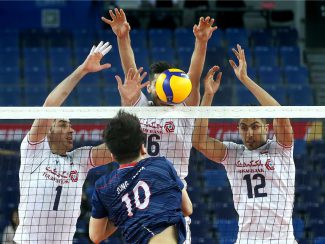 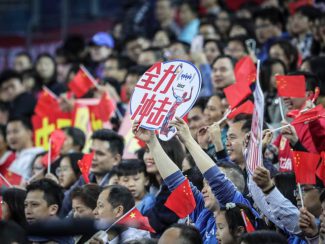 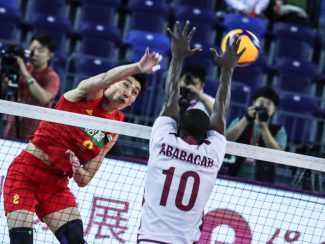 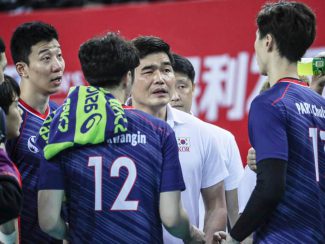 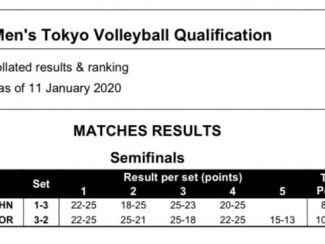 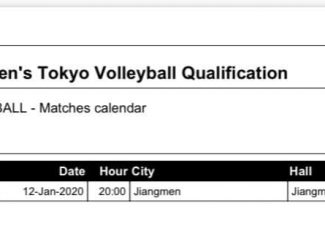