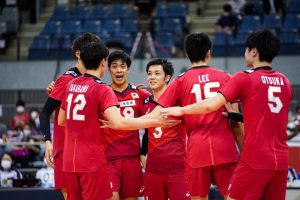 Sunday’s main event was well attended as volleyball fans booked the limited seats made available at the Chiba Port Arena.

As the winningest team (nine titles) in the competition’s history, Japan dictated the tempo of the match early on. Setter Naonobu Fujii provided masterful orchestration of Japan’s offense, distributing the ball well amongst each ready and able spiker.

The Qatar side was able to respond accordingly in several exchanges, delivering well in key transitions.

However, Japan showed a more versatile, more holistic quality of play, performing equally well on offense and defense, to take the first set, 25-20. 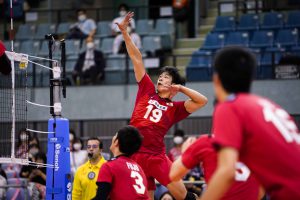 In the second set, Japan’s Tatsunori Otsuka and Kento Miyaura worked well from the wing, while Ran Takahashi delivered with a couple of pipe attacks. 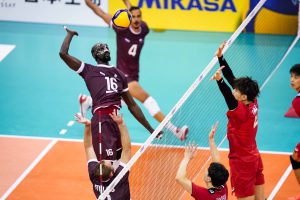 Qatar was able retaliate, mostly when they could control the middle with captain Ibrahim Ibrahim and Belal Nabel Abunabot . They also gained quick points from Renan Ribeiro’s attacks. 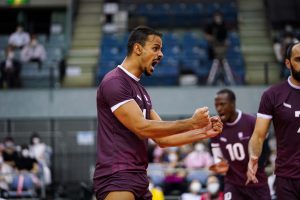 While Qatar generally played more aggressively in block, it was Japan’s second line of defense that helped propel better accuracy in counter-attack. A tight exchange ensued in the closing plays, with Japan punctuating the second set with a stuff block at 25-23. 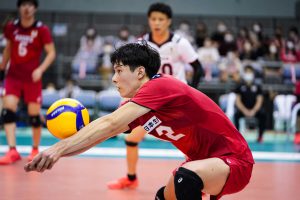 Japan continued to play within their known system of strengths. Opposite Issei Otake performed consistently on attack, while Takahashi was helped out commendably with important digs in the backcourt. Qatar escaped two match points until Otake sealed the match with 25-21 in the third set. 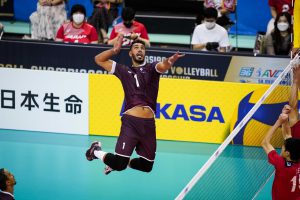 On Monday, Japan will look to snatch their second win as they meet Bahrain at 18:00 local time, while Qatar will play against India in the 12:00 (local time) match at the main competition hall, Chiba Port Arena.