Jordan, joined by HRH Princess Ayah Bint Faisal, President of the Jordan Volleyball Federation, celebrate their second win against the UAE on Wednesday

Bangkok, Thailand, November 17, 2022 – Fresh from 3-0 demolition of Oman in their opening Pool B clash, hosts Jordan made it two in succession in the 1st West Asia Women’s Volleyball Championship in Amman following a remarkable comeback 3-1 win against the United Arab Emirates on Wednesday. 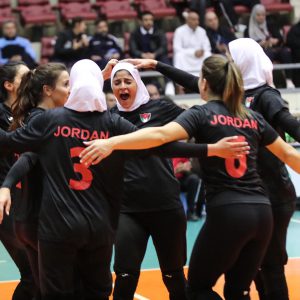 All participating 10 teams arrived in the Jordan’s capital city on November 13, with the General Technical Meeting taking place the following day.

Teams vying for the unprecedented title in the inaugural competition have been divided into two pools of five teams apiece. Palestine, Iraq, Lebanon, Saudi Arabia and Syria are in Pool A, with Pool B featuring the UAE, Qatar, Oman, Kuwait and Jordan.

The championship kicked off on Tuesday, November 15, with Iraq and Lebanon claiming their first victories in Pool A and the UAE and the host side winning their Pool B encounters. 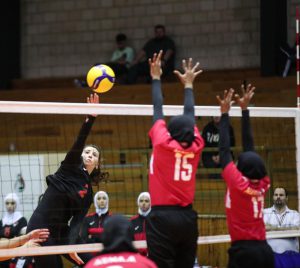 On Wednesday, Jordan had a daunting start in their second match against the United Arab Emirates to go down in closely-contested first set, but once nerves were settled, the Jordanians regained their impressive form to take control of the match to secure a 3-1 (22-25, 25-22, 25-21, 25-14).

The host side are due to next take on Qatar on Thursday. The Qataris already had two disappointing outings, losing 0-3 to the UAE in their first match earlier. They succumbed to second defeat on Wednesday following their 17-25, 11-25, 16-25 loss to Kuwait. 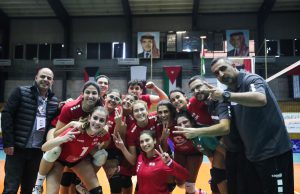 Lebanon, which registered their first win in the championship after 0-3 rout of Palestine on Tuesday, continued their unbeaten streak with 25-23, 25-9, 25-21 triumph against Iraq. 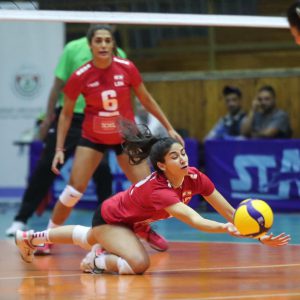 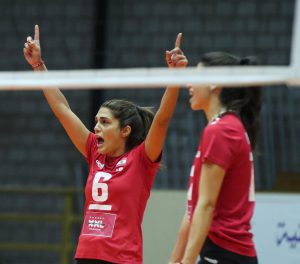 The Lebanese girls have a rest day on Thursday, while Iraqis will next strut their stuff with Palestine. 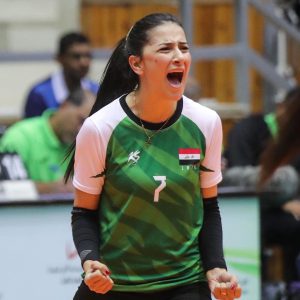 Palestine, attempting to come up with good form to break the deadlock after losing 0-3 to Lebanon on Tuesday and another 0-3 letdown to Syria the following day for two losses on the trot in Pool A, are set for another tough challenge against Iraq on Thursday. 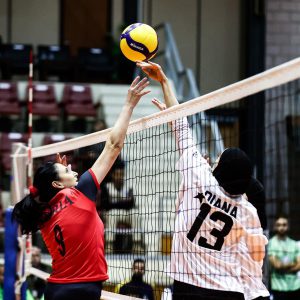 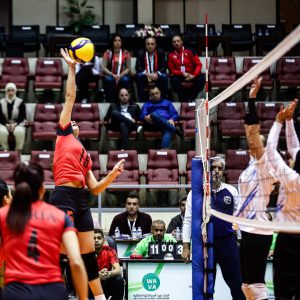 The pool round-robin preliminaries continue through Saturday, November 19, with all participating teams taking a next day on November 20. 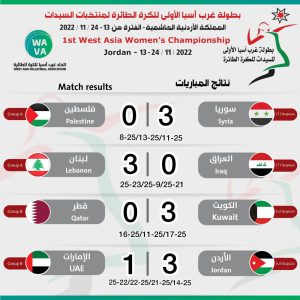 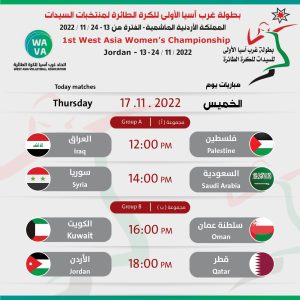