Mr Chaudhary Muhammed Yaqoob, Chairman of Pakistan Volleyball Federation and Control Committee Chairman, presided over the opening ceremony at the gymnasium on Thursday. 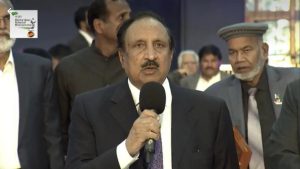 “This event marks the end of a 17-year gap since the last time an international volleyball championship was held in Pakistan. I strongly believe that spectators will enjoy high quality of this volleyball competition in Pakistan. Iran, which had the same level as Pakistan and India around 15 years ago, had gone up in the world and at present they are No.10 in the world ranking. Iran became the Asian champions, taking the position from Japan, China and Korea, these three teams used to lead Asia volleyball in the Asian Championship,” Mr Chaudhary was quoted as saying in his welcome speech.

“Pakistan also did well to finish 7th in the Asian Championship. With the collaboration of Engro, the Pakistan Volleyball Federation is expected to develop Pakistan teams in all levels and age groups. To make our country proud, we will work very hard to qualify our team to the 2028 Olympic Games in Los Angeles as well as the future World Championship. We will try our best to make the people of Pakistan proud by making Pakistan one of the top teams in the world,” he said. 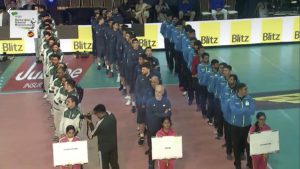 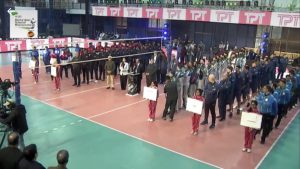 Five teams are testing their mettle in the Championship between November 24 and 29 to vie for top honour in this Central Asian Zone. All participating teams contest the single round-robin competition, with the top two teams after the preliminaries fighting it out for the eventual title.The teams finishing 3rd and 4th places will compete in the third-place playoff match for bronze medal. 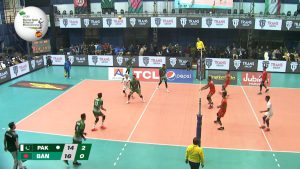 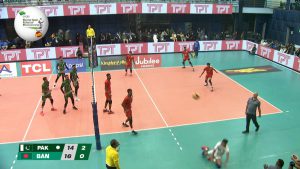 In the curtain-raisers on Thursday, Pakistan, world No.41 and 7th at the last year’s Chiba-hosted Asian Championship in Japan, survived a sturdy challenge from Bangladesh to beat the strong visitors in hard-fought three-set thriller 28-26, 26-24, 25-23.

Usman Faryad Ali chipped in with 17 points for Pakistan including 16 attacks from 29 attempts, while Fahad Raza and Ahmad Nazir added 12 points apiece. No Bangladeshi player scored double digits in this tough match, with talented Sadi Mohammod Shafin handing the team 9 points from his attacks. 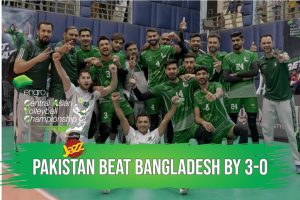 Pakistan, coached by Brazilian Rodrigues Campos Cristiano, will next take on Afghanistan on Friday, while Bangladesh will challenge Sri Lanka.

Afghanistan had already lost their opening match on Thursday when they succumbed to a straight-set letdown to Iran, defending and four-time Asian champions and reigning and consecutive two-time Asian Games gold medallists. 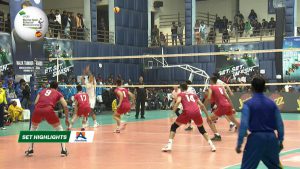 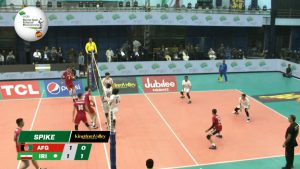 Spearheading Iran in this championship is Amir Mohammad Golzadeh, who joined the Iranian team in this year’s AVC Cup for Men in Thailand and steered Iran to 3-1 win against India in the final showdown for the 21st Asian Men’s U20 Championship title in Riffa, Bahrain with two individual awards, Best Opposite Hitter and MVP. 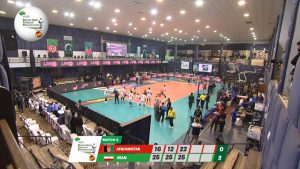 On Thursday, Iran, 7th at this year’s Volleyball Nations League and 13th place at the FIVB Volleyball Men’s World Championship in Poland and Slovenia, faced no issues in the first two sets to brush off Afghanistan 25-16, 25-12.

The third set became more thrilling when Afghanistan, which had competed in the Asian Championship only twice in 2011 and 2013 when they finished 15th and 20th places respectively, mounted a strong challenge. However, with the greater experience and form, Iran went on their good show to win the hard-fought third set 25-22 and match. 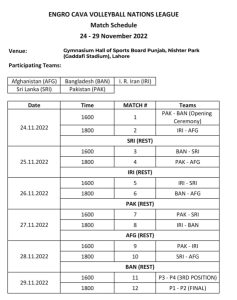