Tehran, Iran, May 14, 2022 – Hosts Peykan got their campaign in the 2022 Asian Men’s Club Volleyball Championship off to a flying start following a convincing 25-14, 25-17, 25-14 win against South Gas Sports Club of Iraq in their opening Pool A match at Azadi Hall on Saturday. 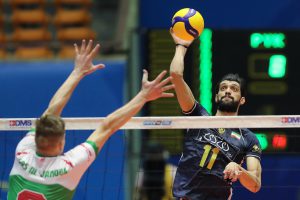 Peykan, former seven-time winners of Asian Men’s Club Championship in 2002, 2006, 2007, 2008, 2009, 2010 and 2011, put their acts together and attacked well to win the comfortable first set 25-14 against South Gas, which aimed to better their fifth-place effort at the previous  edition in Nakhon Ratchasima, Thailand last year. 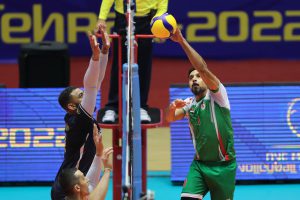 The second set remained a similar script as Peykan took command from the very beginning, with foreign stars Earvin Ngapeth and Nimir Abdelaziz attacking devastatingly. As South Gas struggled to find their form, Peykan shone through their splendid offensive tactics and cruised to a 25-17 win. 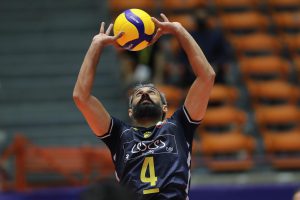 Paykan frustrated South Gas’ defense with various strategies in the third set for an initial 8-3 lead. Peyman Akbari, head coach of Peykan, was confident in his players as they took a commanding 16-9 lead and take his main players out to give chance to bench players. South Gas found Peykan, strengthened by hard-attacking Hamzeh Zarini, an impossible nut to crack and went down 14-25 in the set. 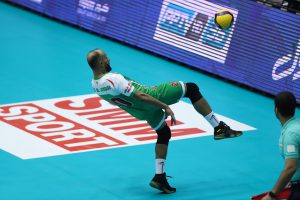 “The first match is naturally tough for any team. Our new players just need some time to find coordination to get to the ideal level to get to the final. For the first match, our performance was not bad,” Saeid Marouf, captain of Peykan stated.