Al-Rayyan fielded a strong line-up led by powerful Ilija Ivoic to beat the Kazakhstan’s League champions Taraz VC 25-23 in the action-packed first set, thanks to their excellent teamwork and solid defense.

Taraz VC took an early lead 5-1 in the second set, forcing Al-Rayyan head coach Zarko Ritoski to call a timeout to improve their fortunes which did not help as Taraz VC enlarged the gap to 16-7 in the second technical timeout and came up with their exceptional tactics and form to win the set 25-15 for a 1-1 tie. 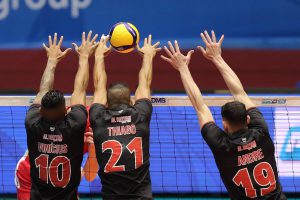 In the third set, both teams were levelled 10-10, but triple blocks of Michal Finger, Andre Luiz Q Franca, and Iliya Ivoic helped Al-Rayyan advance to 19-17. However, Nodirkhan Kadirkhanov saved the day for Taraz VC when he produced huge blocks to narrow the margin 18-19. Soon after that, Taraz VC effectively blocked the Qatari attacks and tore their defense apart with their powerful attacks to close the close set 25-23. 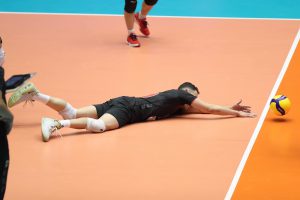 Al-Rayyan came into the court in the fourth set with the winning attitude as they took the lead 6-0 and left the Kazakhs behind to make coach Boris Gerbennikov call Vladislav Kunchenko who helped Taraz VC break the deadlock. The substitution fielded by the Kazakh head coach lifted his team up to make it tie 7-7 which continued up to 15-15. Nonetheless, Al-Rayyan did not want to surrender easily, hitting back gallantly to catch the tough opponents at some crucial moments and moved on to take the hotly-contested set 25-23, forcing the decider. In the do-or-die tiebreaker, Taraz VC gained the upper hand to take an initial 8-2 lead and continued to seal the deal on exciting fashion 15-10. 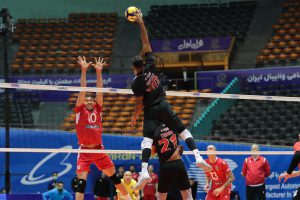 “We won the match against strong Al-Rayyan but we had problem finding connection between players as we did not train very well,” Taraz VC’s head coach Russian Boris Gerbennikov commented after the match.