Cambodians celebrate their victory over Philippines

Quang Ninh, Vietnam, May 14, 2022 – Philippines on Saturday left Quang Ninh Gymnasium with their heads bowed in disappointment after succumbing to bitter defeats in both men’s and women’s events in the 31st SEA Games Volleyball Tournament, as Vietnam brought home fans to their feet with scintillating win against Malaysia. 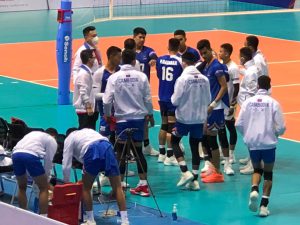 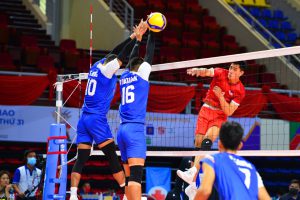 The dramatic 25-21, 24-26, 30-28, 29-27 win gave the Cambodians not only a sweet revenge for their straight-set loss to the same rivals in the pool preliminary match at the previous SEA Games, but also a step closer to reaching the semifinals in the region’s biennial sports extravaganza. 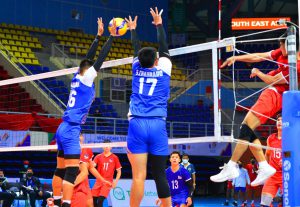 With three teams, Thailand, Philippines and Cambodia, competing in Pool B, only top two teams after the pool round-robin preliminaries will make the cut for the cross semifinals.

Philippines, chasing dreams of winning their unprecedented title in the SEA Games, will next take on Thailand in a must-win match on Monday. A possible loss to the Thai squad means they will miss the cut for the semifinals and instead will be relegated to classification round for 5th-7th places. 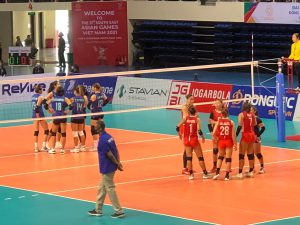 In the day’s second encounter, defending and 14-time SEA Games champions Thailand, fielded a young, strong and talented squad in their first match against old foes Philippines, which underwent a two-week intensive training and competition in Brazil. 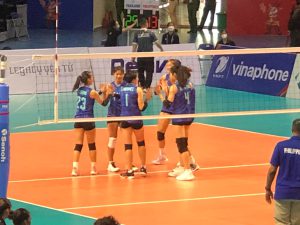 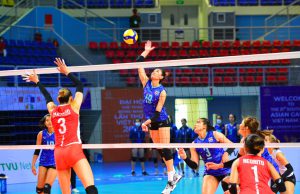 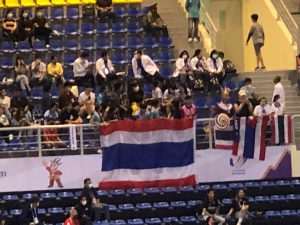 The expected highly-anticipated clash between them turned out to be a one-sided affair as the new generation of the Thai team were working as a well-oiled machine, penetrating the Philippine defence with their exceptional attacks, lightning-fast spikes, disguised drop shots, solid blocks and well-placed serves and eventually cruised to a comfortable 3-0 (25-15, 25-13, 25-14) win against the mistakes-prone Filipinas, fresh from beating Malaysia 3-0 in the previous match. 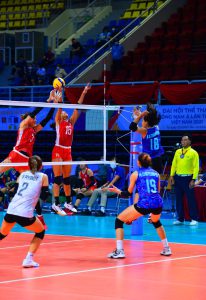 Chatchu-on Moksri’s match-leading 16 points helped the reigning champions get their tournament campaign under way with a gritty straight-set victory over Philippines. 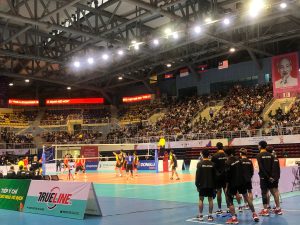 The third match saw in-form Vietnam open up their campaign on a positive note as they delighted cheering home fans with their superb performance to brush off the spirited Malaysia in straight sets 25-16, 25-14, 25-21. 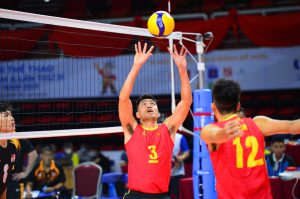 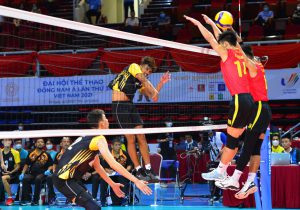