Bangkok, Thailand, July 23, 2022 – The first edition of the West Asia Men’s U20 Volleyball Championship actively got off the ground on Friday at Amir Nayef Bin Abdelaziz Sports Hall in Dammam, Saudi Arabia, with 10 teams striving for their unprecedented title in the July 22-31 competition. 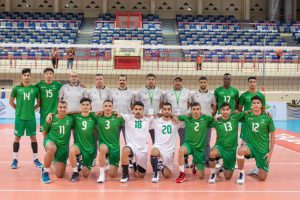 Lebanon, the United Arab Emirates, Jordan, Bahrain and Iraq are in Pool A, with Pool B featuring Qatar, Syria, Kuwait, Palestine and hosts Saudi Arabia.

The topflight 10-day championship proved to be a stepping stone for teams to their final tuneup ahead of their active participation in the 21st Asian Men’s U20 Volleyball Championship in Riffa, Bahrain between August 22 and 29, which will serve as the Asia’s qualification tournament for the 2023 FIVB Volleyball Men’s U21 World Championship.

Four great matches were held on Friday, the very first day of the competition, which saw Bahrain and UAE respectively dispose of Iraq and Jordan with the similar 3-1 margin in Pool A and Palestine struggle to beat Qatar in epic tie-breaker and hosts Saudi Arabia brush off Syria in comfortable straight sets in Pool B. 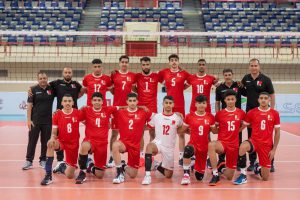 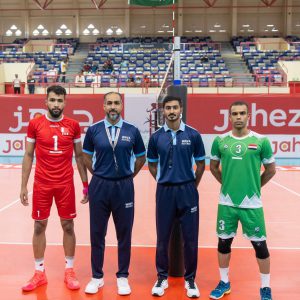 In Pool A encounters, the Bahraini team managed to turn their delay in front of the Iraqi team into a hard-fought 3-1 (23-25, 25-20, 25-22, 25-21) victory after a distinguished confrontation on the technical side, which revealed that the two teams possess distinguished talents capable of leading them to compete for the championship title. 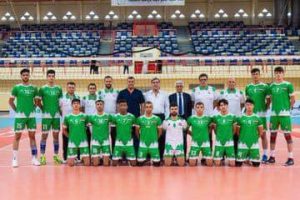 The highlight of the day went to the big match between Palestine and Qatar. The Palestinian team turned the table in the face of Qatar, stunning the tough opponents with a magnificent come-from-behind win offering a lot of excitement and fun to audience at the competition venue. 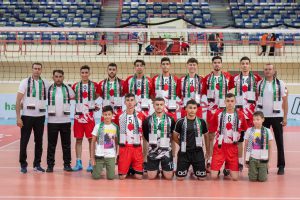 The Qatari team succeeded in advancing by two clean runs, as everyone believed that it was on Qatar’s way to a one-way traffic victory, but the Palestinian team struck back with good teamwork and gutsy display to score three consecutive sets for the fantastic comeback 3-2 (19-25, 23-25, 25-21, 25-22, 18-16) win. 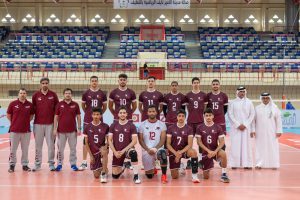 It is expected that the excitement of the championship is set to continue as four matches are due to be held on Saturday. In Pool A, Iraq will take on the UAE, with Bahrain playing Lebanon. Pool B encounters see hosts Saudi Arabia challenge Kuwait and Qatar and Syria will battle it out for the first win in the championship.