IRAN, JAPAN, CHINA AND QATAR TO STRUT THEIR STUFF AT FIVB 2022 MEN’S WORLD CHAMPIONSHIP IN RUSSIA

Bangkok, Thailand, October 20, 2021 – Iran, which captured their fourth Asian title last month after stunning hosts Japan in straight sets in final showdown, will challenge the Netherlands in their first match of the 2022 FIVB Men’s Volleyball World Championship in Krasnoyarsk, Russia according to the recently-announced match schedule. 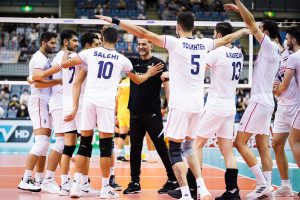 The 2022 FIVB Men’s World Championship between August 26 and September 11, 2022 featured 24 teams to chase their world title dreams. Two places were allocated to hosts Russia and current title-holders Poland. Ten spots were given to top two teams from each of the concluded 2021 Continental Championships that had yet qualified as hosts or title-holders, while the remaining places were allocated to the top 12 teams in the FIVB World Ranking that had not yet qualified through the first three criteria.

Four Asian countries are eligible for the next year’s World Championship. As current world No.10 Iran and world No.11 Japan qualified through their top two finish at the 21st Asian Senior Men’s Volleyball Championship in Chiba, Japan from September 12 to 19, 2021, World No.20 Qatar and world No.22 China made the cut to the world meet via their respective 10th and 12th world-ranked non-qualified teams. 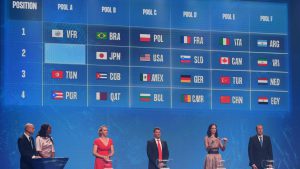 According to the recent drawing of lots ceremony, hosts Russia, Puerto Rico, Serbia and Tunisia are in Pool A, while Pool B features Brazil, Cuba, Japan and Qatar. Bulgaria, Mexico, Poland and the USA are in Pool C, with Pool D comprising Cameroon, France, Germany and Slovenia. Pool E consists of Canada, China, Italy and Turkey, while Argentina, Egypt, Iran and Netherlands are in Pool F.

According to the competition system, the qualified 24 teams were split into six pools of four teams apiece, playing pool round-robin preliminaries. Only top two teams from each pool and the four best third-ranked teams will advance to Phase 2. Eight teams ranked from 17th to 24th in the final standing as per the teams ranking system will leave the competition.

In Phase 2, 16 teams will be divided to 4 Pools of 4 teams each and play round robin. Only top team from each pool and two best second-ranked teams among four pools will advance to Phase 3, while 10 teams ranked from 7th to 16th in the final standing as per the teams ranking system will leave the competition.

The remaining six teams will be split to 2 Pools of three teams each to play round robin and only top two teams will advance to semifinals, while 2 teams ranked from 5th to 6th in the final standing as per the teams ranking system will leave the competition.

Regarding the match schedule, which can be thoroughly checked on the below link, hosts and Tokyo 2020 silver medalist Russia, playing under the Volleyball Federation of Russia banner, will play the curtain-raising match against Tunisia on August 26, 2022 in Saint Petersburg. 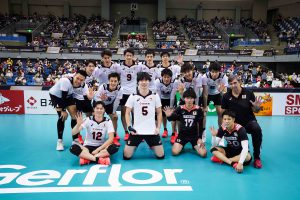 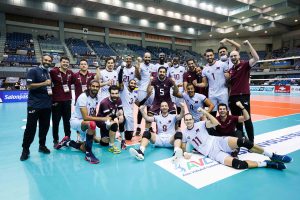 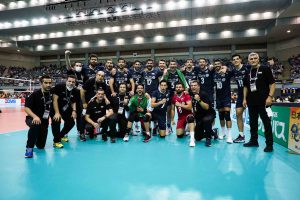 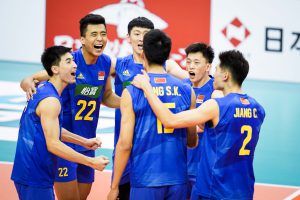 Since the FIVB Men’s World Championship was first held in 1949 in Czechoslovakia (In January 1993, Czechoslovakia split into two sovereign states of the Czech Republic and Slovakia), Japan became the only Asian team to win medals in the world meet, picking up bronze in 1970 and 1974 editions in Bulgaria and Mexico respectively. Japan came near to winning their third bronze in 1982, only to go down to hosts Argentina in the third-place playoff. Korea also finished fourth place in 1978 after losing to Cuba in the third-place playoff in Italy.

At the previous edition in Italy and Bulgaria in 2018, Iran emerged as the Asian team with the best performance in this topflight competition after returning with 13th overall. Australia finished 14th, Japan 17th and China 22nd.