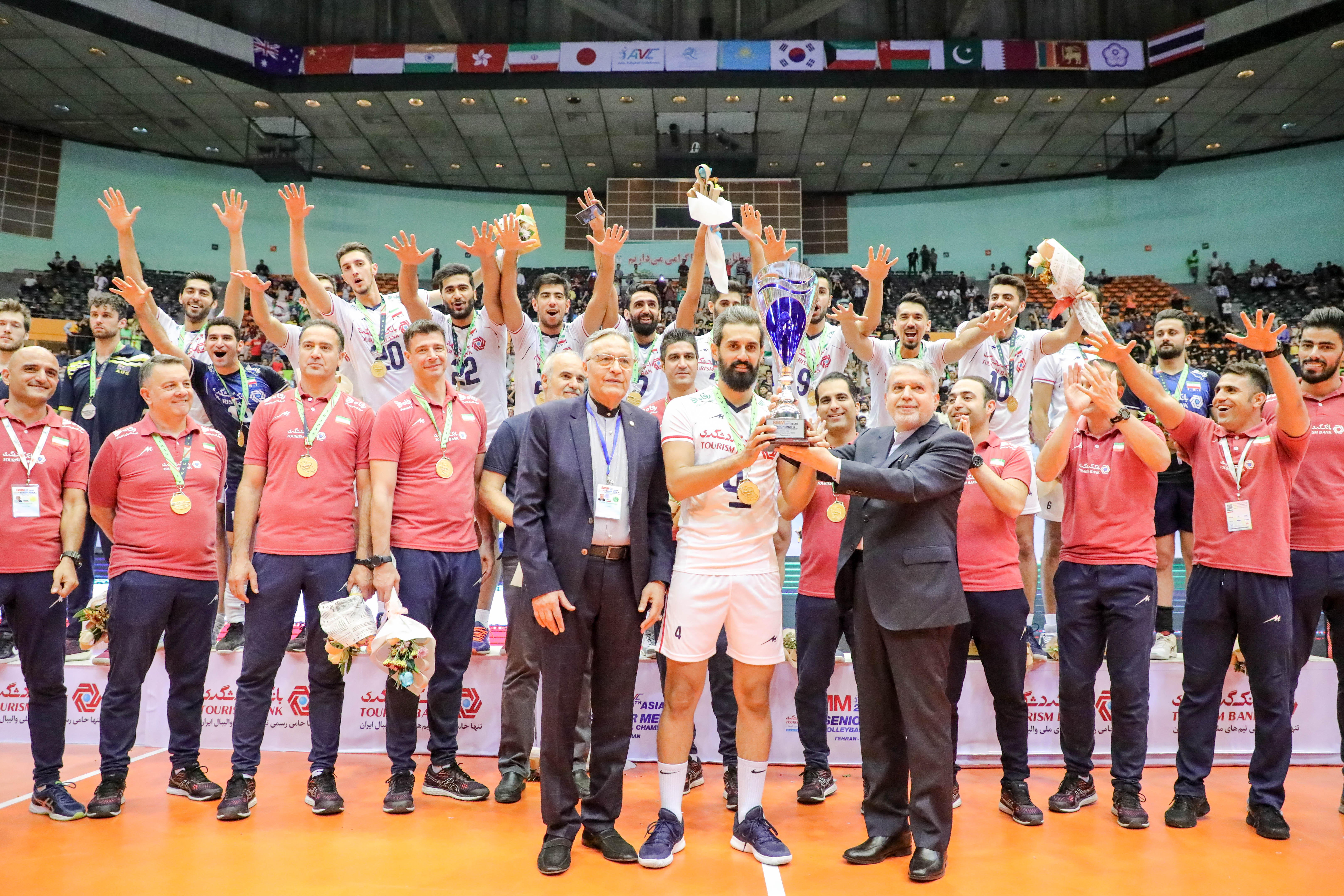 It was the lost pride which Iran had regained and the Asian title which the world No.8 had reclaimed. Iran had won their first two Asian crowns in 2011 and 2013, but bitterly lost their title to Japan in 2015 on home soil. 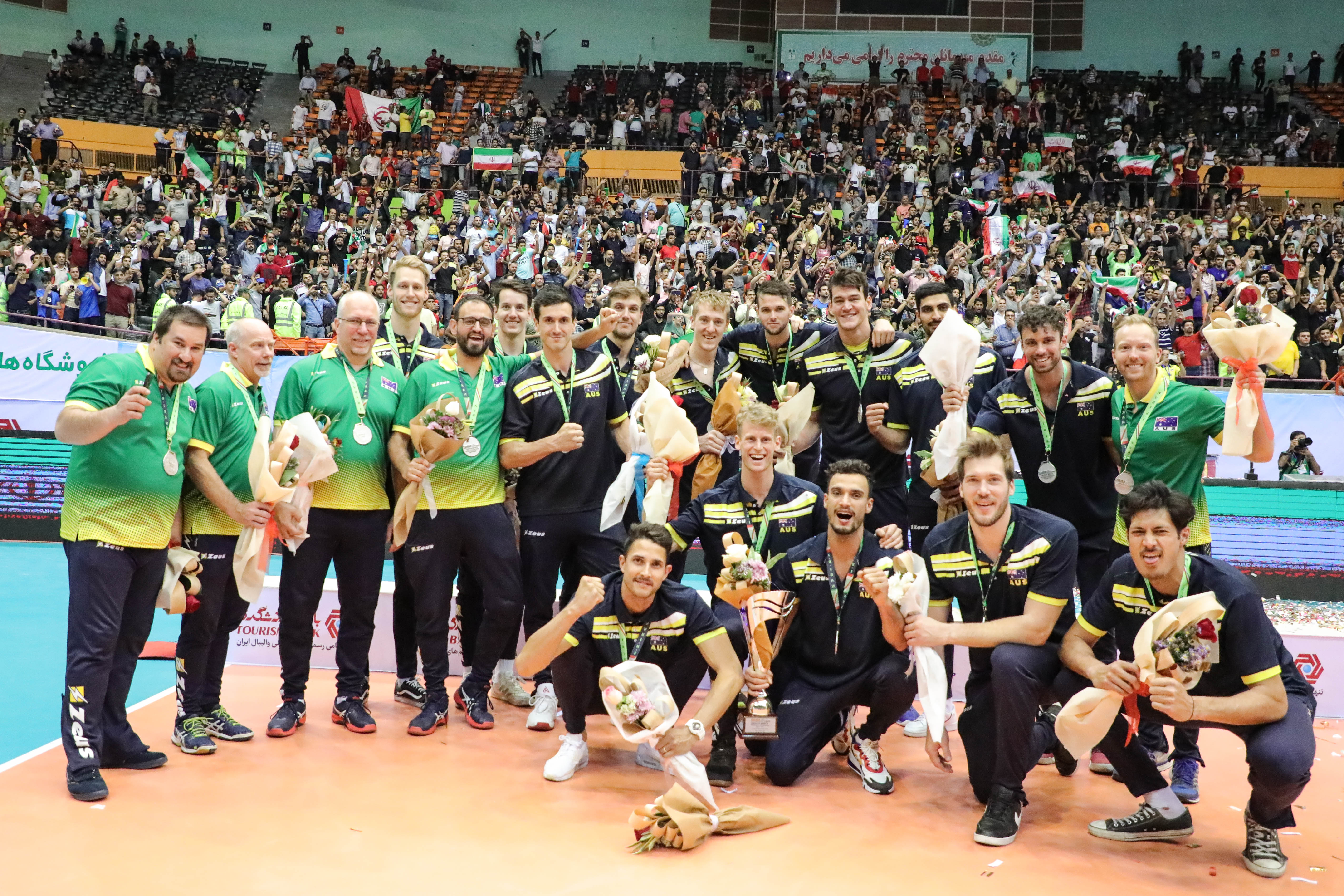 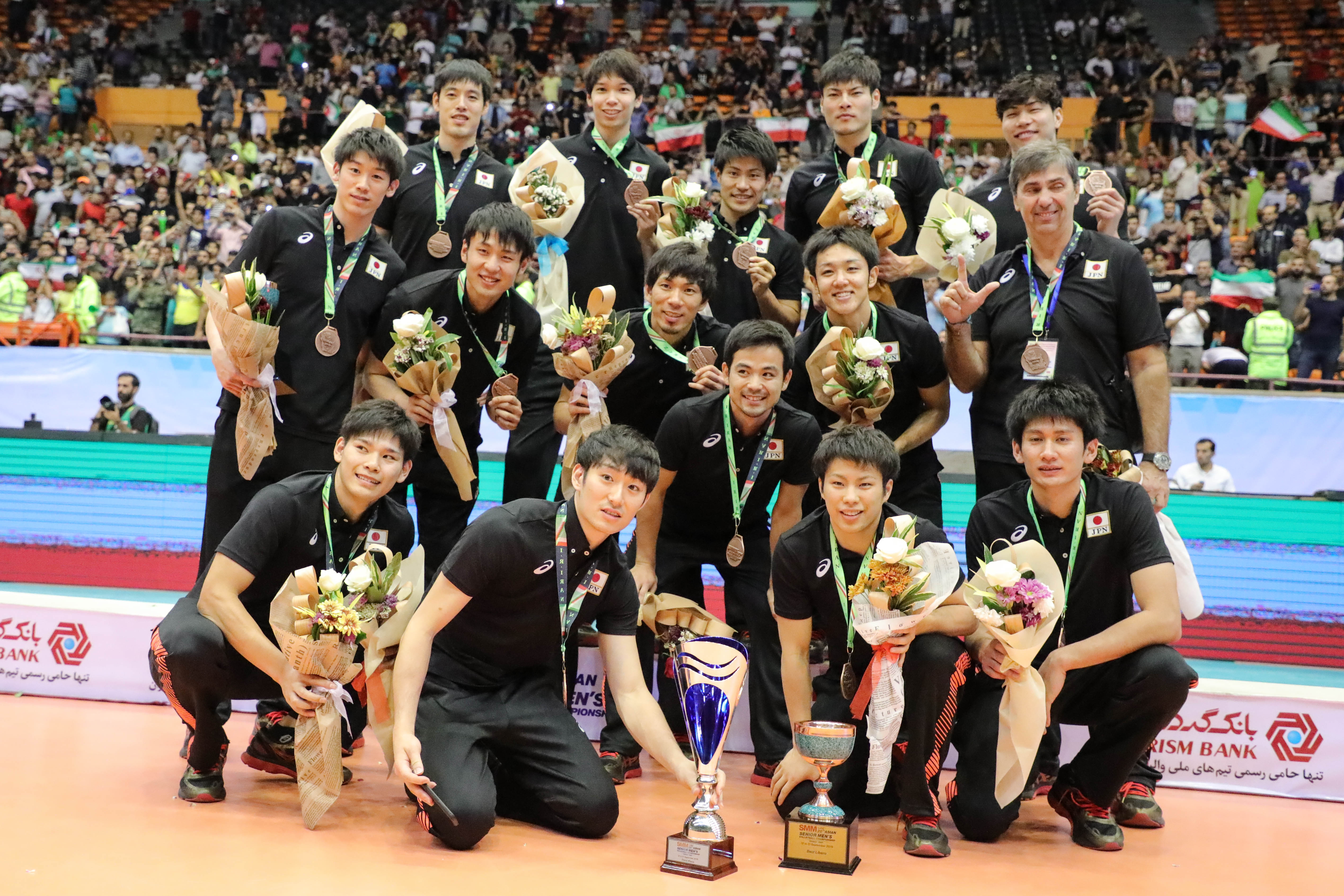 The formidable Iran became the only qualified Asian team to contest the 2016 Rio Olympic Games and finished a joint 5th place out there. Iran sent a second-string squad to the 2017 Asian meet in Indonesia and returned sadly with a disappointing 5th position. This time and before a large number of their home fans, Iran were on cloud nine to reclaim the title, their third in history.

Iran were happy not only because they reigned supreme over the 16-team championship, but because they proved it they were the best team in this competitive competition, avenging the first-round loss to Australia to stun the unbeaten Volleyroos in the final showdown.

Shortly after winning the prestigious Asian title, Iranian players and staff coaches jumped for joy, hugged one another and were all-smiles. 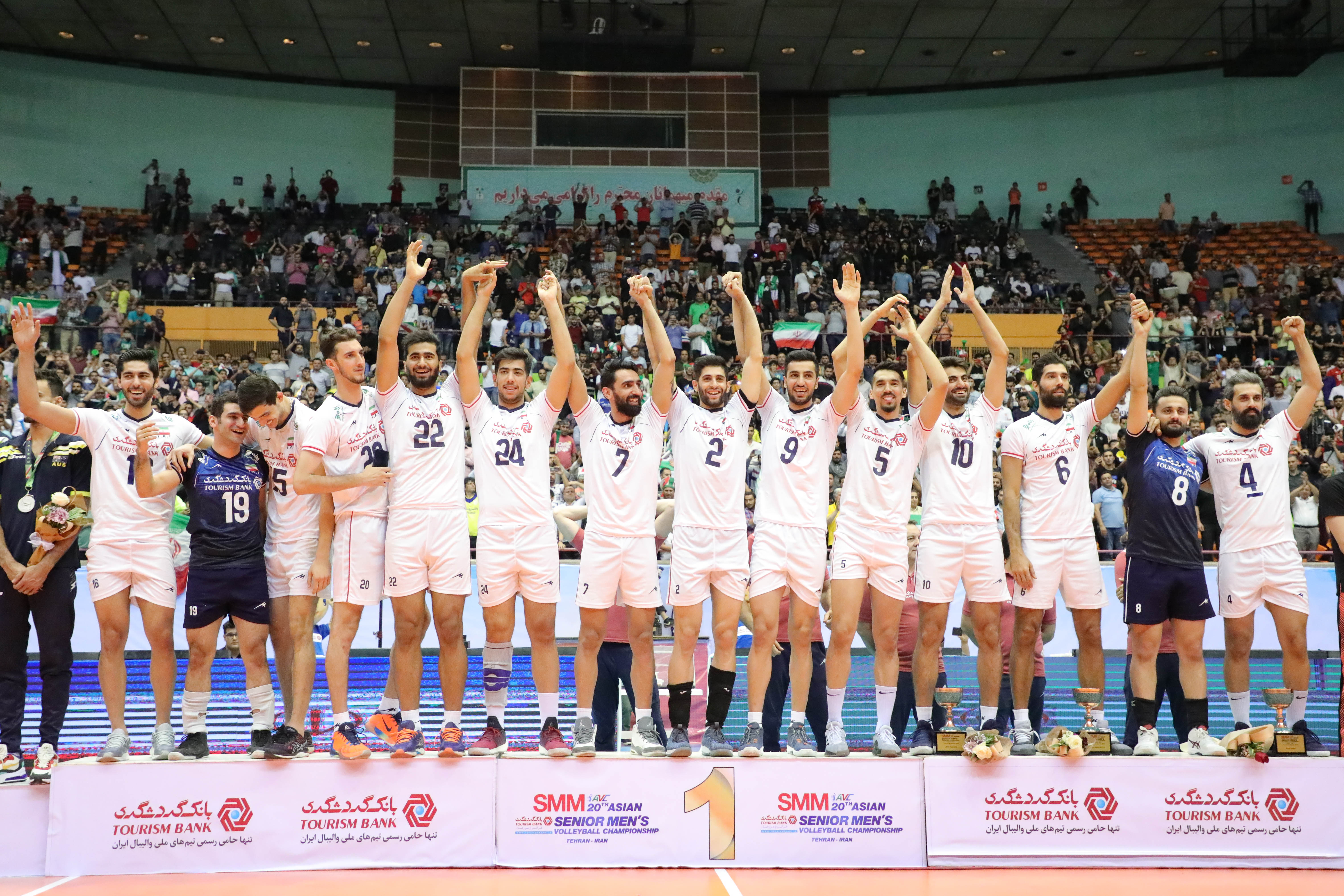 Australia picked up silver medal this time. Their best performance in the Asian Senior Men’s Championship took place in 2007 in Jakarta when they captured the Asian title in a round-robin competition. They returned with the 8th place in the previous edition in Indonesia in 2017. 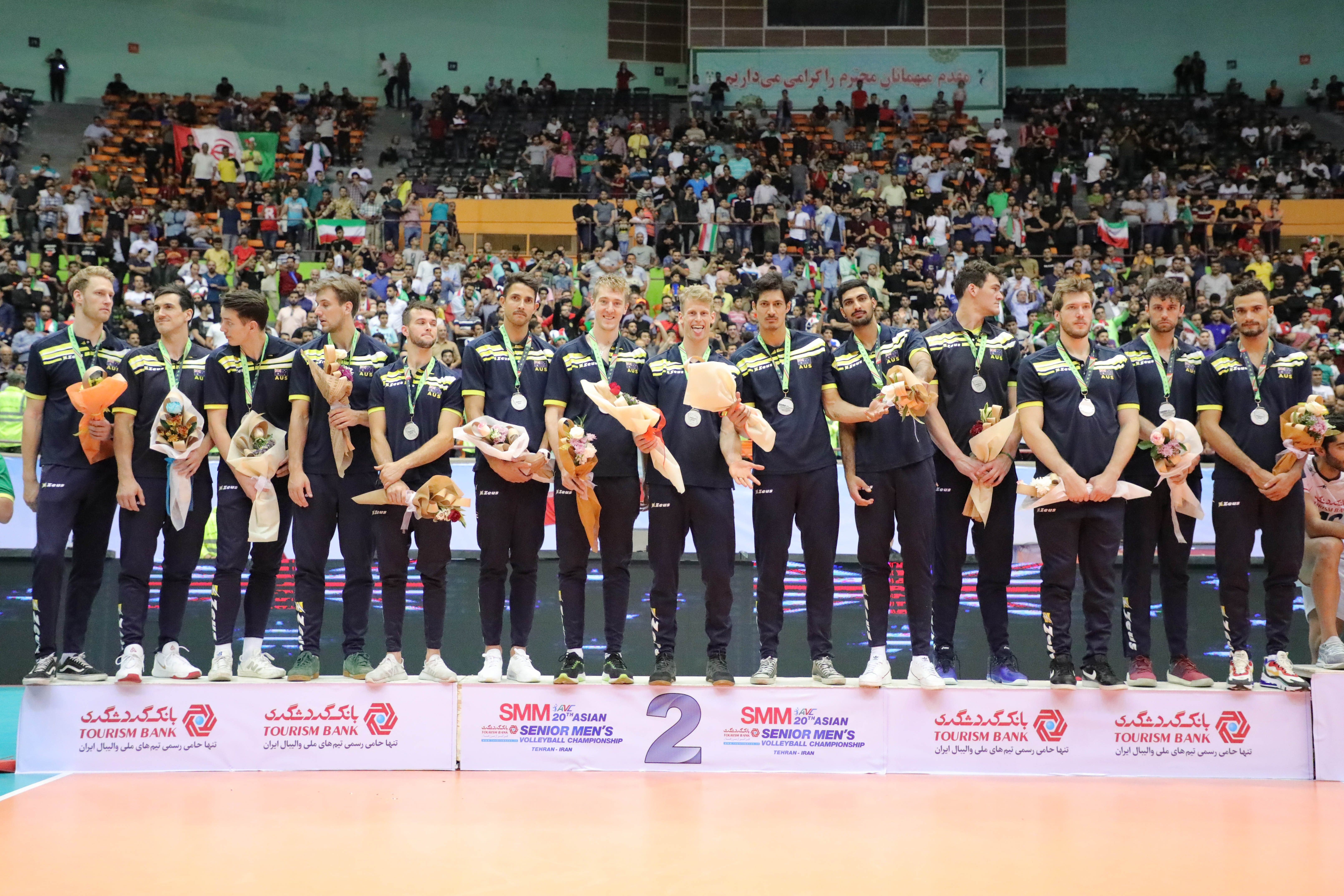 Earlier, indomitable Japan had to be content with the bronze medal after outplaying Korea in thrilling four sets 25-23, 25-17, 23-25, 25-22 in the third-place playoff. It was a sweet revenge for Japan, which suffered their loss to Korea in the Top 8 playoff match earlier. Japan claimed bronze medal with Korea falling short of the bronze medal achieved in Indonesia two years ago to finish 4th position this time. 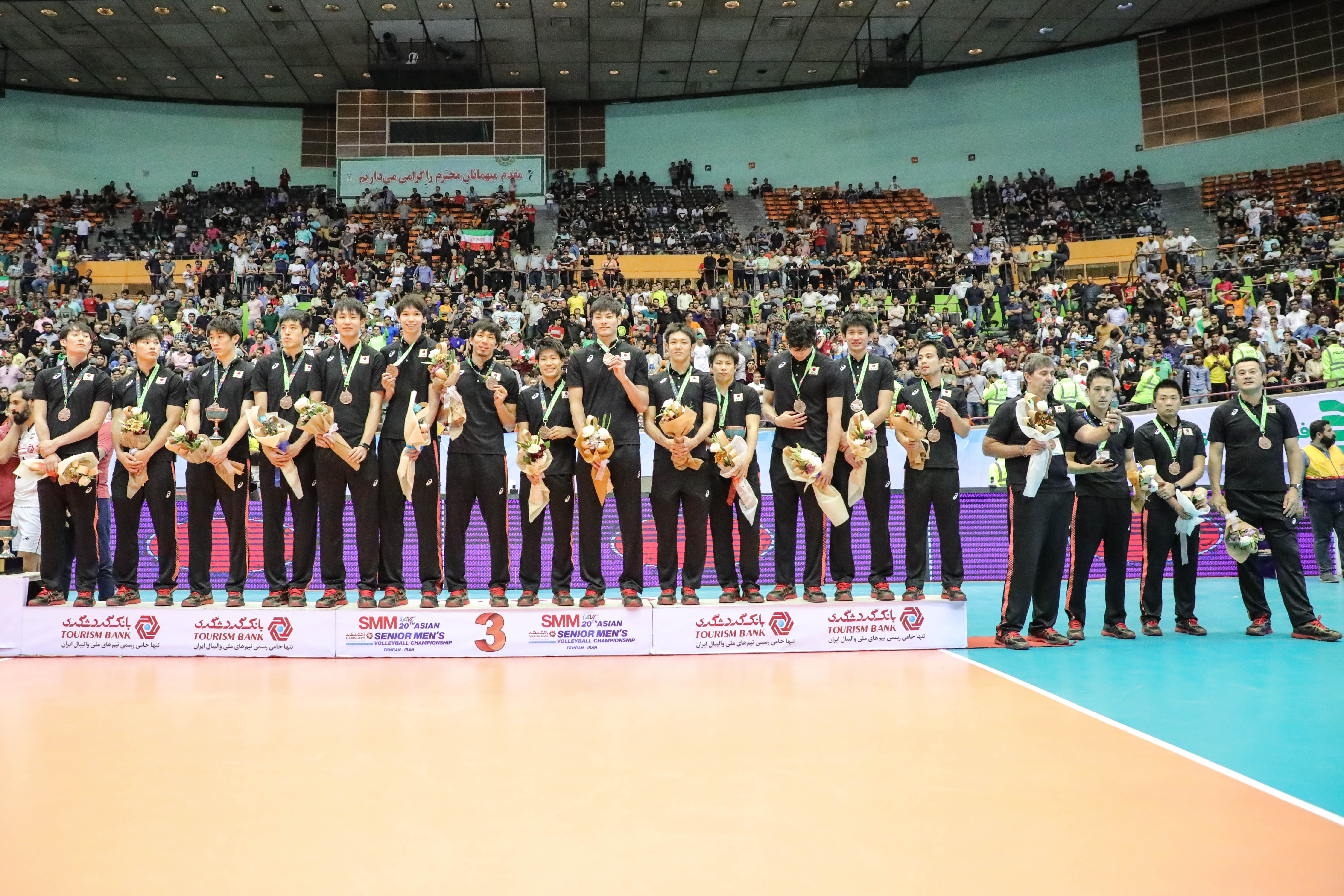 In the 5th-6th playoff match, Chinese Taipei, which finished 7th place in Indonesia, returned with a better performance as they finished 5th place after cruising past China in four sets 25-16, 23-25, 25-20, 25-16. China maintained their 6th place they had won in Indonesia two years ago.

Pakistan took the 7th position as the they put it past the fighting India in hotly-contested five sets 25-23, 25-21, 20-25, 19-25, 15-6 in the 7th-8th playoff. Pakistan’s best performance occurred in 1989 in Seoul, Korea where they finished fourth. India finished 8th this time, with their best performance taking place in 2005 as the 4th place in Thailand. 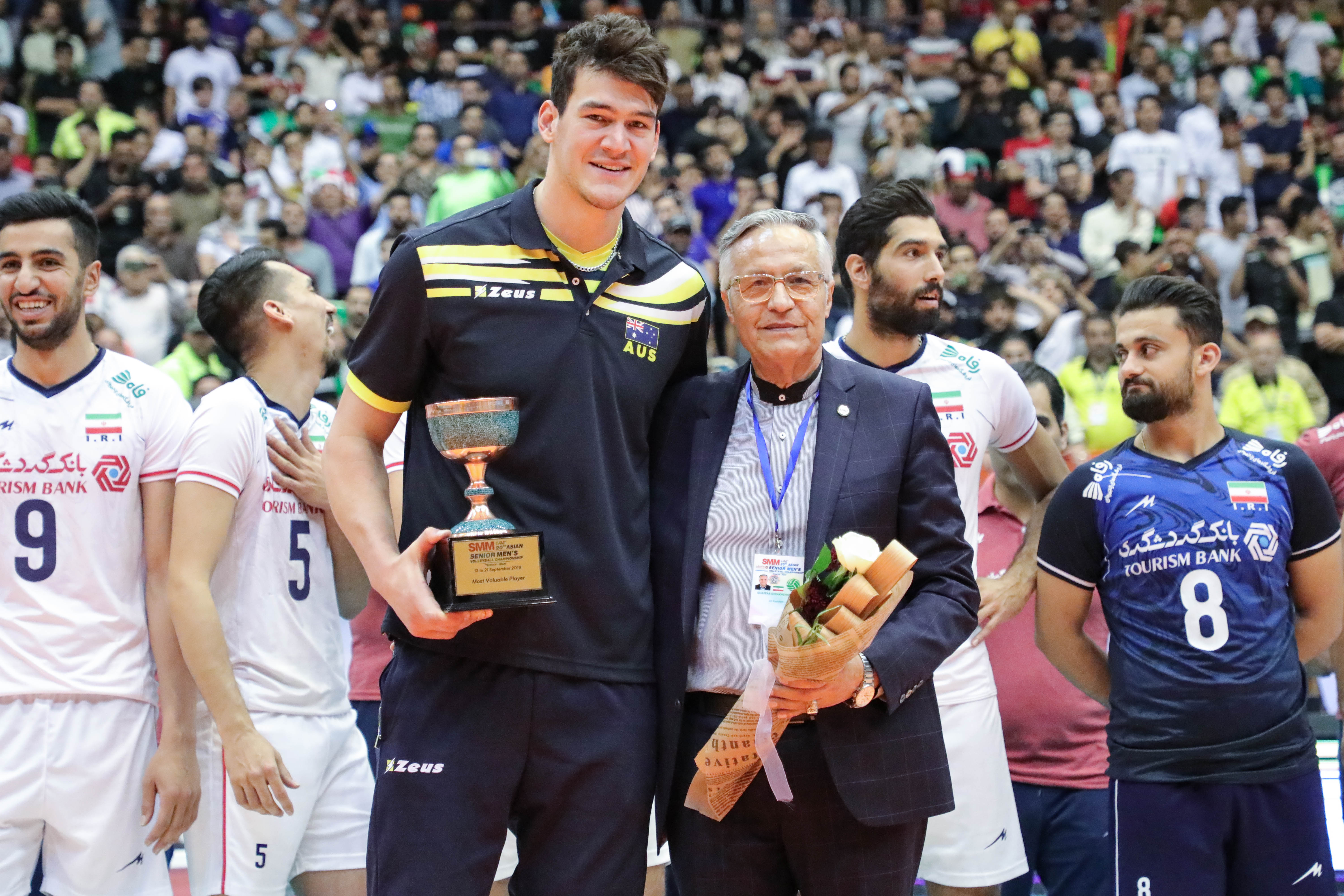 In the awards presentation and the closing ceremony, Iran stood proudly on the top of the podium to capture the Champions’ Trophy and gold medal. The silver medal went to Australia, while Japan claimed bronze medal. 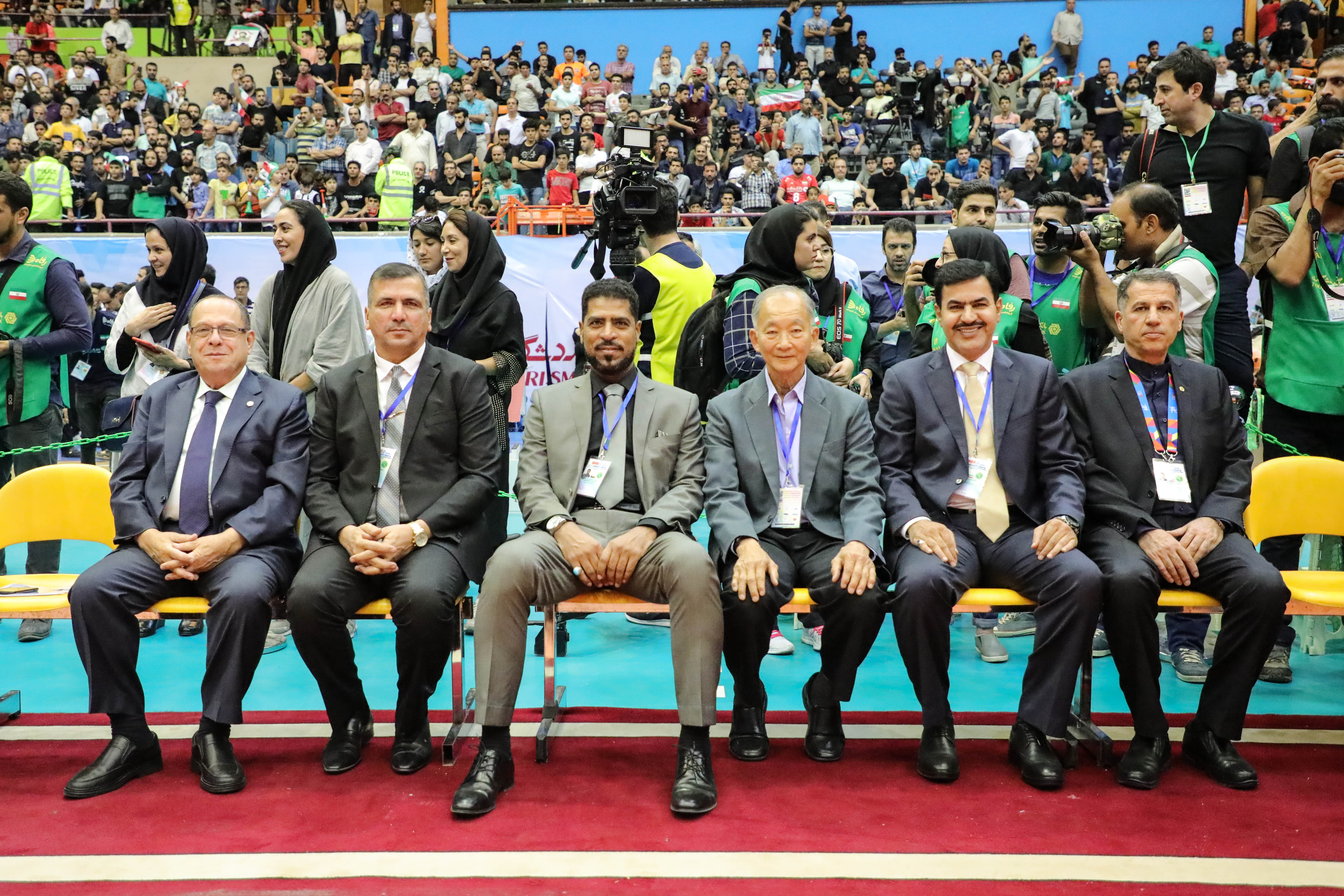 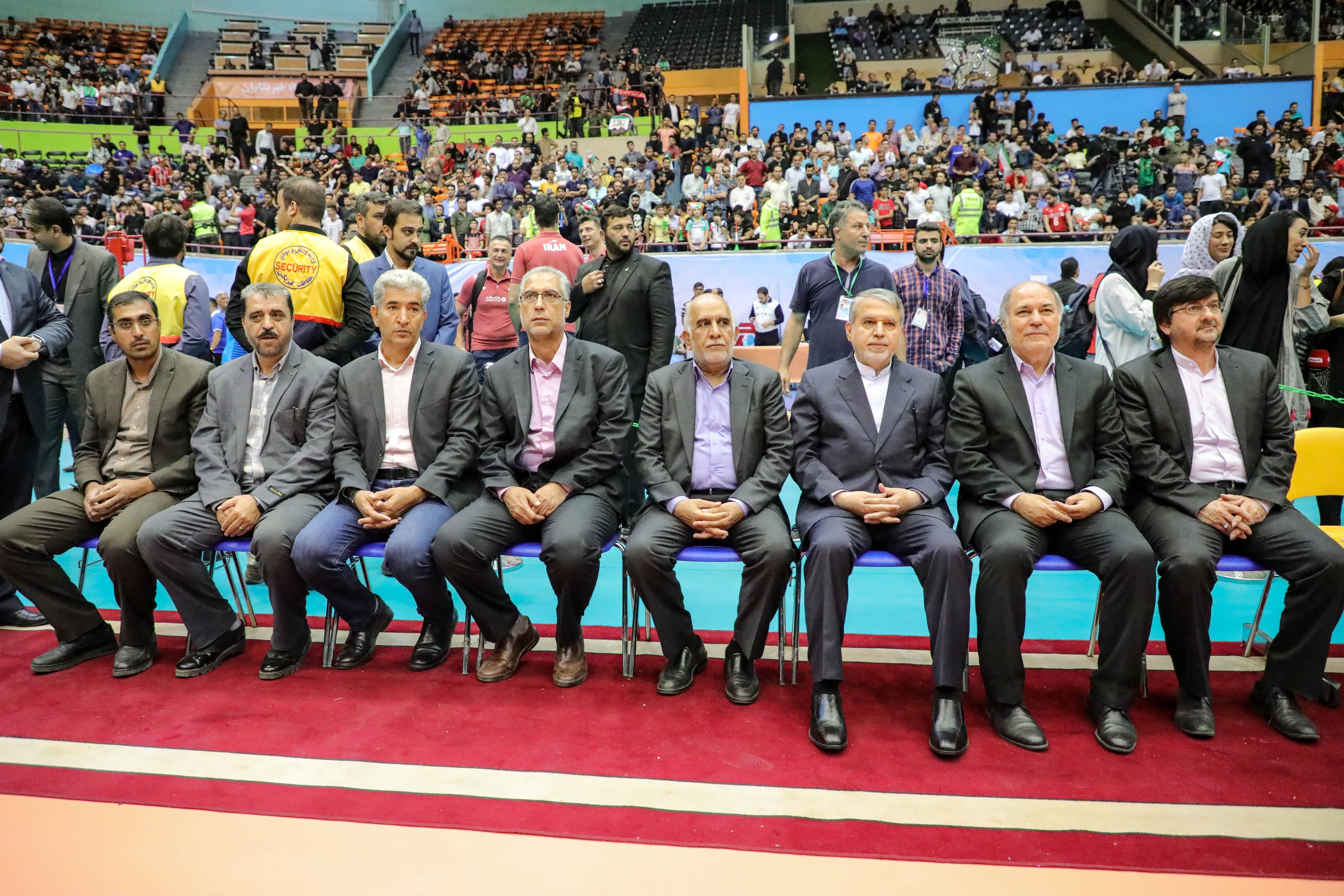 Meanwhile, the Top 8 teams in this 20th Asian Senior Men’s Volleyball Championship have been confirmed to make the cut for the AVC Continental Olympic Qualification Tournament in Jiangmen, China from January 7 to 12, 2020. They are Iran, Australia, Japan, Korea, Chinese Taipei, China, Pakistan and India. However, Japan have already qualified as the Tokyo 2020 hosts, Qatar, the team finishing 9th place in this 20th Asian Senior Men’s Championship in Iran, will replace Japan in the Olympic Qualification Tournament in January. 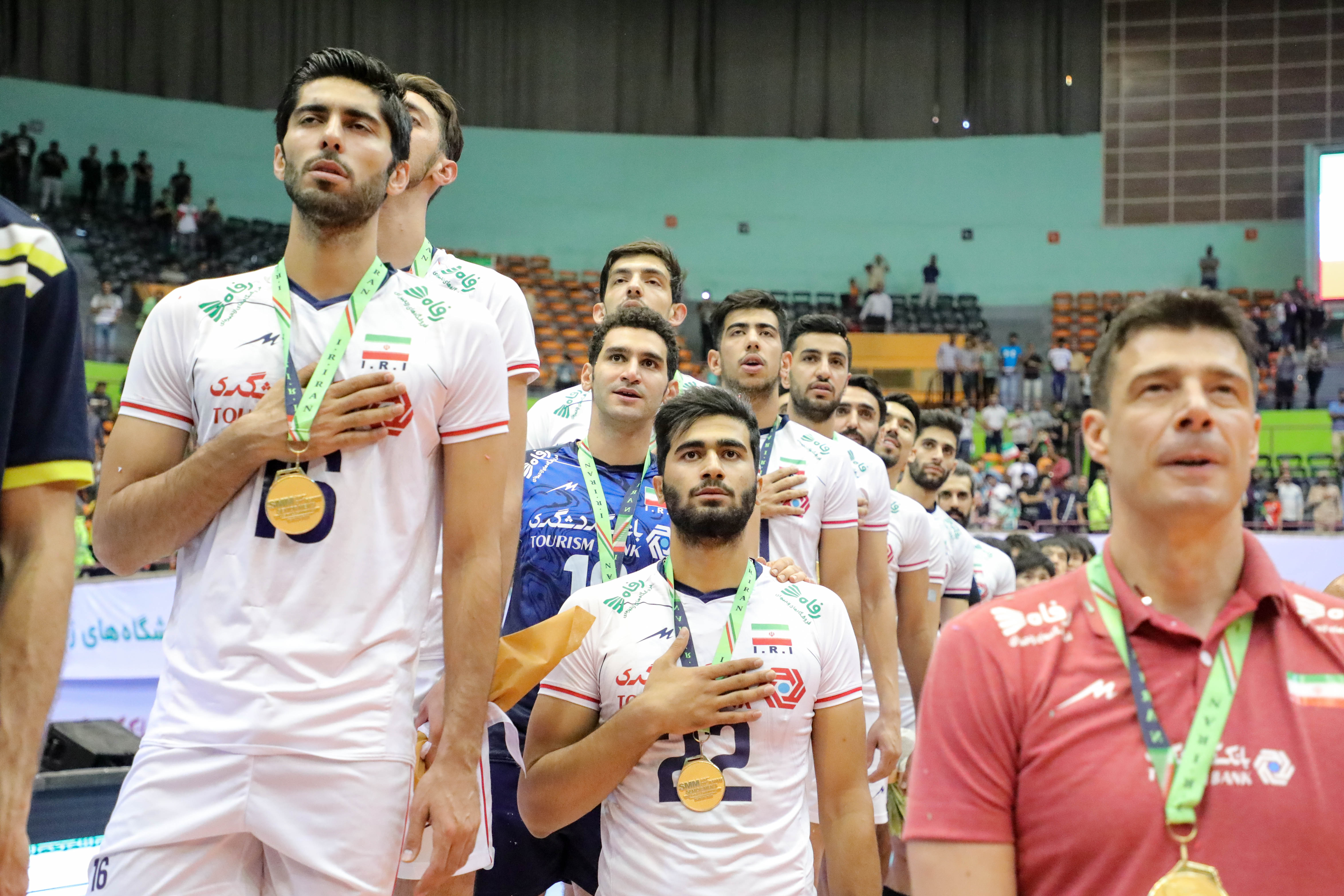 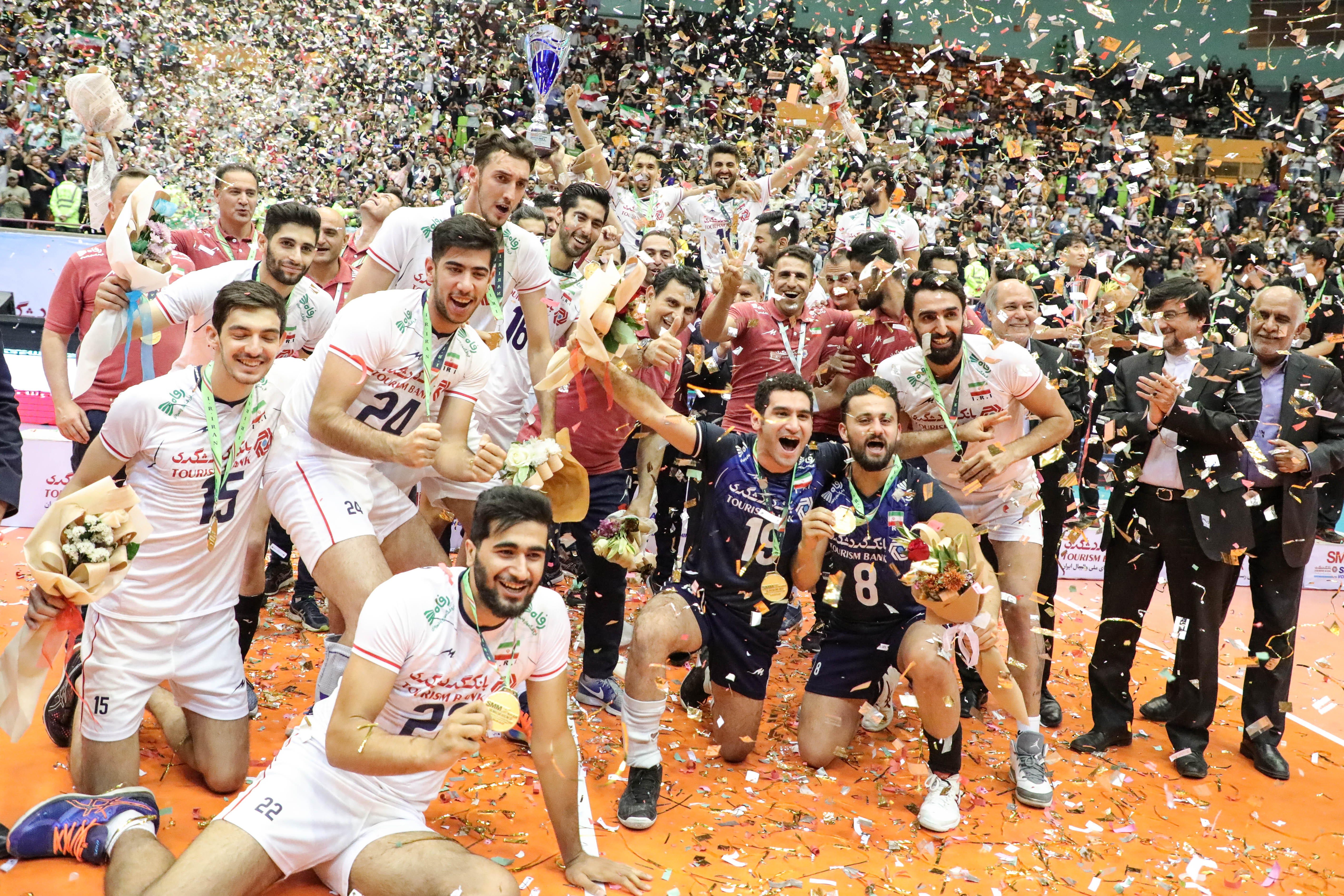 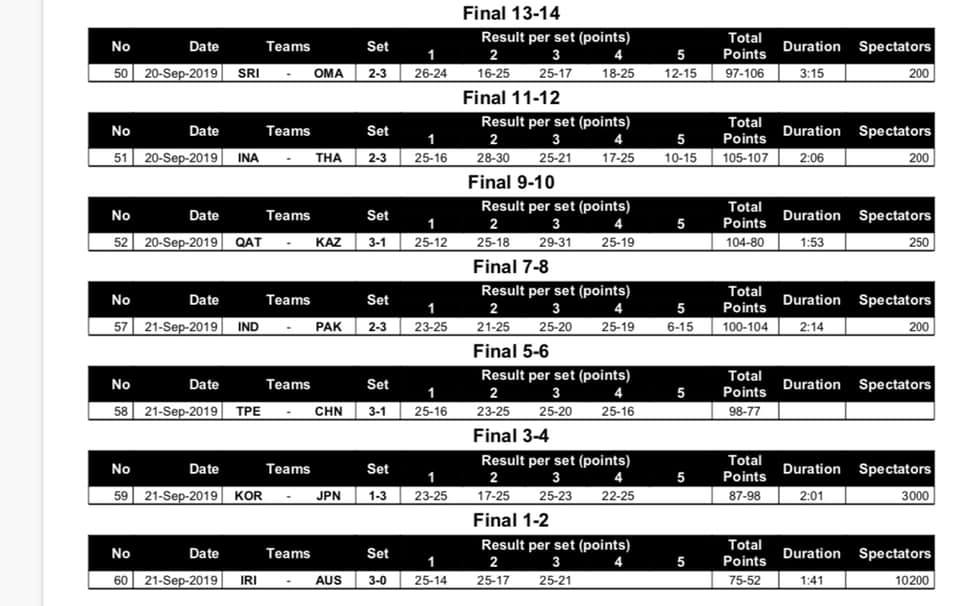