Chiba, Japan, September 14, 2021 – Defending champions Iran took their third straight victory at the 21st Asian Senior Men’s Volleyball Championship. Tuesday’s straight-sets win (25-20, 25-19, 25-20) at the Chiba Port Arena now places the three-time titlists at the top of Pool B, inking their way into to top eight teams after following the Preliminary Round of the competition. 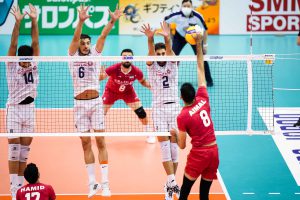 In the first set, Iran established a strong middle, with Amir Hossein Toukteh on scoring on attack while Aliasghar Mojarad delivered the blocks.

Pakistan played well in their counter-attack, as they made good decisions on the fly. They knew how to and when to utilize swipes and off-speeds in order to outsmart the opponents. The teams played along with each side-out until Kazemi exploded from the right side, to give Iran the first set at 25-20. 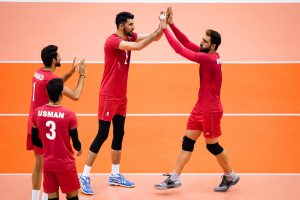 In the second set, Captain Khan Aimal, Usman Faryad Ali, and Mubashir RazaI continued to be Pakistan’s primary weapons, as they connected on attacks from the flank. They helped keep the score within manageable reach against their opponents.

Meanwhile, Ebadipour poured in with points from the left side as he went for off-the-block attacks. Pakistan later committed a sequence of errors which allowed the opponents to slowly pull away. 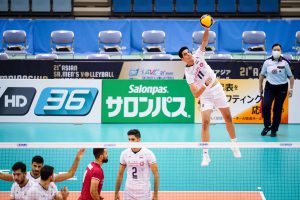 Kazemi completed the second set for Iran at 25-19 with a no-look strike from the right side. 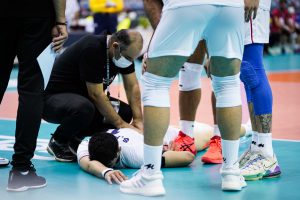 By the third set, Pakistan imposed a tight seal on both flanks, and successfully deflected several attacks.

Iran needed to vary their attacks in order to work around the blocks that confronted them. They also needed to remember to bring the ball to the middle, and activate Mojarad on attack. 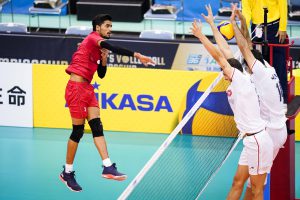 The Pakistan side tried to match their opponents’ level lost grip of the closing plays with their errors. Iran completed the third set at 25-15, to sweep all their matches after day three of the 2021 competition.