Chiba, Japan, September 14, 2021 – Qatar claimed their second victory to complete their run in Preliminary Round – Pool A of the 21st Asian Senior Men’s Volleyball Championship. 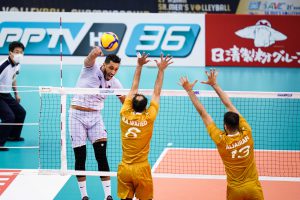 Qatar imposed a strong presence at the start of the match. Oughlaf exploded on the right side while Renan Ribeiro ran the left side. Belal Nabel Abunabot stood firm on block-defense to make Bahrain difficult in attacking opportunities. 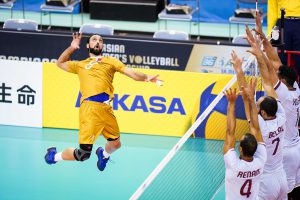 Ali Ebrahim scored on several plays but Bahrain could not seem to establish a god tempo on offense. Coach Marco Queiroga brought in his players from the bench to gain a fresh approach.

The substitutes succeeded in several sequences but the Bahrain team later fell out, giving the first set, 25-19, in favor of Qatar. 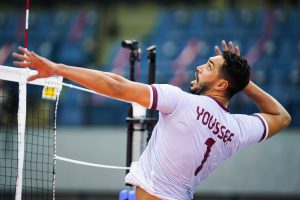 By the next set, Naser Anan brought in his flair from the flanks, to help Bahrain regain their momentum. Abbas AlKhabbaz also kept a close watch on block-defense. 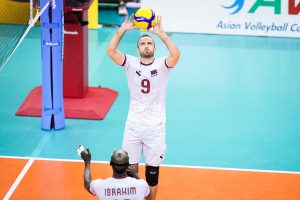 Meanwhile, Qatar kept playing to their strengths, with setter Milos Stevanovic activating the attacks with much variety, to take the second set, 25-20.

Bahrain established better quality of plays in the third set, as coach Camilo Andres Soto retained his substitutes on the court. Moahmed Anan sparked the offense from the flanks.

They also played well in transition and they showed a seamless coordination of first and second line of defense. 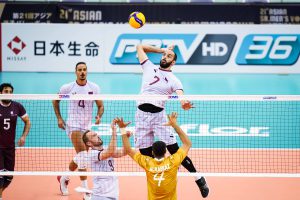 Qatar tried to run their system against their opponents’ tough challenge. They played patiently with each sequence, passing one ball after the other and posting good defense to set up their counter-attack. They stood their ground and delivered during the definitive moments of the match.

With Bahrain reaching set point, but later falling to their errors, Qatar took the third set with 26-24. 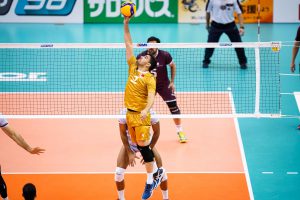 Qatar’s best performance In the competition’s history came via their fourth place finish in the 2015 edition held in Tehran, Iran. They will look to improve their previous record as the championship enters the next round on Thursday.

CHAIPIPAT BLAZES WITH 25 POINTS TO POWER THAILAND 3-1 WIN ON HONG KONG, CHINAIRAN ON TOP OF POOL B WITH THIRD STRAIGHT WIN IN ASIAN SENIOR MEN’S CHAMPIONSHIP