Riffa, Bahrain, August 28, 2022 – Reigning champions Iran on Sunday put it past Korea in dramatic four sets to set up the final showdown with India in the 21st Asian Men’s U20 Volleyball Championship at Isa Sports City Hall. In the Sunday’s semifinals, unbeaten Iran, defending and six-time champions, faced a daunting task against Korea, former six-time champions and the team they had already beaten in straight sets in the 2018 edition also held here in Riffa to reign supreme. The Iranians, who also tested their mettle against many senior national teams in the recent AVC Cup for Men in Nakhon Pathom, Thailand to finish a well-earned 5th place, made a solid start to take the hard-fought first set 25-22 before going down in hotly-contested second set 24-26. The remaining sets turned out to be comfortable affair as the much stronger Iranians cruised on, keeping pace to stay in control to capture the third and fourth sets 25-17, 25-19 for the match and a final berth. 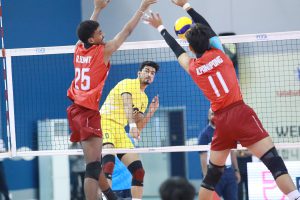 The other semifinal clash between India and Thailand, bronze medallists at the previous edition here four years ago, saw the former see off the determined latter, led by a brilliant all-round performance from devastating left-hander Kittipong Sangsak, in thrilling four-setter 25-21, 23-25, 25-18, 25-17. It seemed that the Kittipong’s heroics had no answer to the excellent teamwork and effective blocks of India. Kittipong weighed in a huge 29 points including 26 attacks for Thailand, but his splendid form alone was not enough to carry the team to the final showdown. Aman Kuwar chipped in with 18 points for India, while Tanish Chaudhary and Harshir Giri kept good company to add 15 and 12 points respectively. The Indians took the height advantage to score 15 block points against Thailand’s 7 in this tough-looking match. 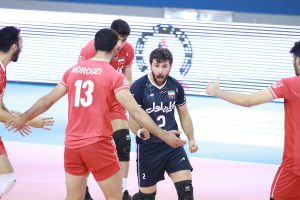 Iran advanced to the final showdown for the 10th time, while India made it to the showdown for the third time in history and the first time in 20 years since they had entered their previous 2002 final in Tehran, where they went down to hosts and eventual winners Iran 1-3. In 1994 in Doha, Qatar, India made their debut final in this topflight age group event, but only picked up silver with the title going to Korea.

India are looking forward to the Monday’s showdown, aiming to avenge the loss to the mighty Iranians in the 2002 final clash, while Iran also have their sights firmly set to continue their supremacy in this top-tier championship.

With their exceptional wins in the Sunday’s semifinals, both Iran and India have already secured their berths in the 2023 FIVB Volleyball Men’s U21 World Championship. Without doubts, the mighty final clash among them on Monday promises a hard-fought thriller. 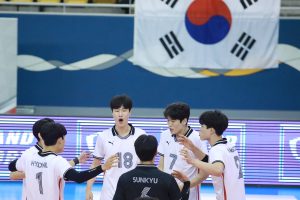 Thailand and Korea will fight it out in the third-place playoff to vie for the bronze medal. As Thailand had already claimed it at the previous edition four years ago, the Koreans, silver medallists, also badly need this consolation medal. 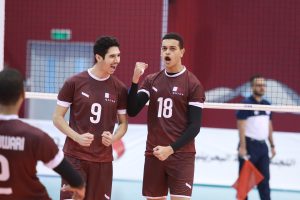 Qatar ended their campaign in the 21st Asian Men’s U20 Championship in the 11th position on Sunday following their sensational 25-16, 25-21, 25-19 triumph over the United Arab Emirates. Only four matches will be contested on Monday, August 29, the final day of the eight-day championship. The respective playoffs see Iraq take on Saudi Arabia in 9th-10th and Bahrain play Pakistan in 7th-8th, while Thailand will be pitted against Korea in the bronze-medal match, followed by the final showdown between Iran and India. The awards presentation and closing ceremony will be conducted shortly after the end of the final match. CHINA, JAPAN TO CLASH FOR AVC CUP TROPHYJAPAN BACK IN AVC CUP FINALE WITH 3-1 VICTORY ON VIETNAM