Bangkok, Thailand, September 10, 2020 – The 2020-21 Iran Volleyball Super League kicked off on Wednesday, with a total of 15 teams across the country participating in the new edition of the competition, Islamic Republic of Iran Volleyball Federation (IRIVF) said in a news release on iranvolleyball.com.

Matches will be held in two rounds of preliminary and playoffs. In the preliminary round, the competition will be played in a two-legged system, with the top eight teams qualifying for the playoffs round.

The Iranian Super League (ISL) is a professional volleyball league in Iran, founded in 1975 as the Pasargard Cup, but after the Iranian Revolution, it was renamed to the First Division.

In 1997, the league system was revamped and the Iranian Super League was established.

Shahrdari Varamin emerged as the 2018-2019 champions following their 2-1 victory against Saipa Tehran in the best-of-three Finals. Shahrdari Varamin represented Iran in the 2019 Asian Men’s Club Volleyball Championship in Taipei to reign supreme there after an epic comeback 3-2 win against Japan’s Panasonic Panthers in the final showdown. The 2019-2020 Iran Super League was cancelled due to COVID-19 pandemic. 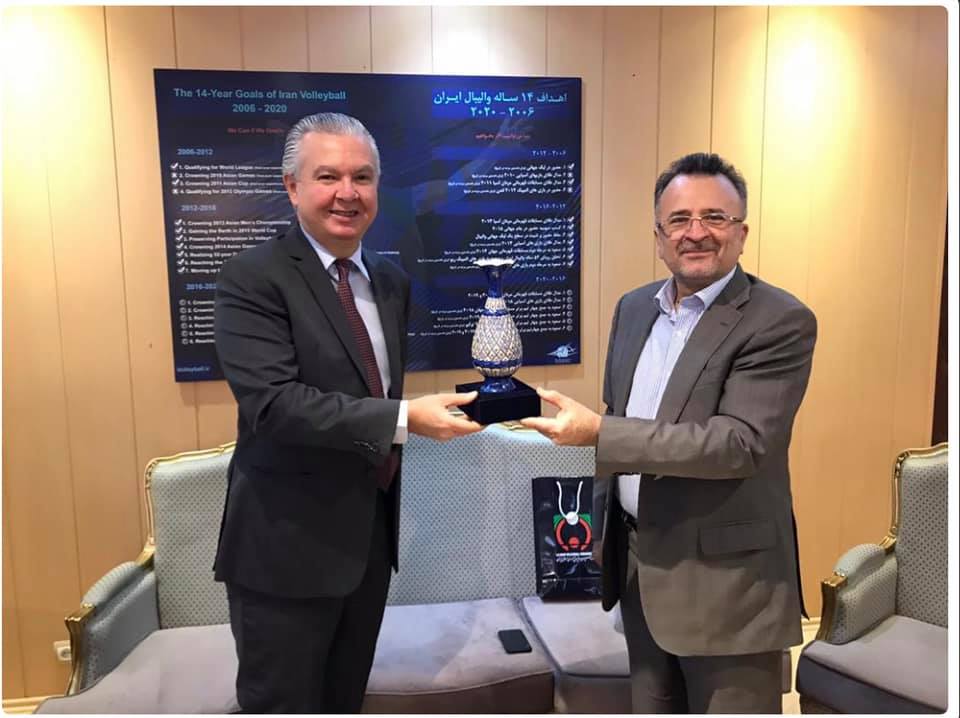 Davarzani and Santos discussed ties between the two countries and developments in the volleyball area. They also agreed to boost cooperation in the field of sports.
In the current Volleyball Super League, three Brazilian players are playing in the Iranian clubs.

Brazil are one of the world’s greatest teams, winning Olympic Games in three occasions.