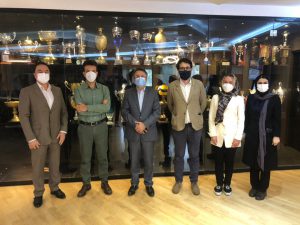 Iran is preparing its men’s national team for the 2021 VNL in a secure bubble in Rimini, Italy and the men’s junior squad for the U21 World Championship, while the qualified Italy will also be taking part in the Boys’ U19 World Championship in Iran. 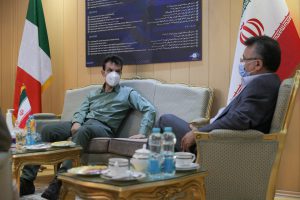 In the meeting, Dr Davarzani reported on the preparation process of the national volleyball team, long-term goals and world honors of Iranian Volleyball to the senior officials from the Italian Embassy. 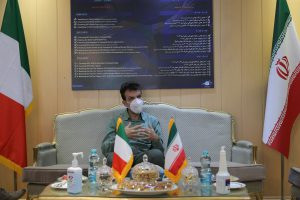 Mr Giuseppe Perrone, in his determined effort of using sport as an effective tool to bring nations together, pointed to the cultural commonalities between Iran and Italy and said, “Many Italians who have once traveled to Iran are willing to visit Iran again.” 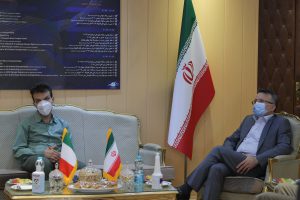 He also congratulated Iran Volleyball on achieving its long-term goals and said, “I am happy for having one Italian staff in your national team (assistant coach Tomaso Totolo).”

At the end of the meeting, they all watched the training stint of the Iran senior men’s national team onsite.