Source: IRANVOLLEYBALL.COM
Tehran, Iran, August 1, 2020 – Head of the Islamic Republic of Iran Volleyball Federation (IRIVF) Mohammad Reza Davarzani is satisfied with the federation’s performance in the past year.

The federation’s General Assembly was held on Saturday in the Olympic Academy in Tehran.

It was due to be held on July 29 but postponed due to the outbreak of the second wave of coronavirus.

“Last year, we earned a big achievement in the FIVB U21 World Championship and won the title for the first time ever,” Davarzani said.

“The 2019 Volleyball Nations League (VNL) was successfully hosted by Iran in Ardabil and Urmia in Week 3 and 4 and we also hosted the 2019 Asian Senior Men’s Volleyball Championship in Tehran. The FIVB Beach Volleyball 3-star event was also held in Bandar Abbas,” he added.

Iran has already shown interest in hosting FIVB Volleyball Boys’ U19 World Championship but Davarzani said they have changed their mind.

“We wanted to host the competition but withdrew from the race. However, we will host the Asian Men U20 and U18 Championships in Tehran and Shiraz, respectively,” he said.

Davarzani emphasized once again the Olympic Games are very important for Iran and the federation will announce the name of National Team head coach at the proper time.

Iran Volleyball Super League will begin in early September and Davarzani believes that the league will strengthen the National Team.

“We are going to begin the league competition on Sept 5 with stringent health protocols due to a coronavirus outbreak. In my opinion, a strong league will result in a strong national team,” Davarzani concluded. 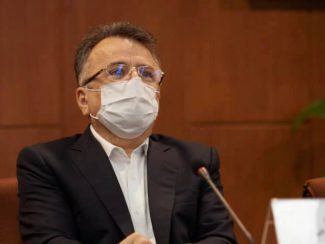