According to the iranvolleyball.com, the age limit for an international referee is 55 years, but Shahmiri، who has turned 55, was supposed to officiate at the 2020 Olympic Games for the last time، but the Games were postponed due to coronavirus outbreak.

The FIVB Refereeing Commission has already announced that the Iranian referee is eligible for the Games which will be held next year, the news release said.

Shahmiri, who has been officiating at several Asian Championships and world-class competitions including the 2018 FIVB Women’s World Championship, FIVB World League and VNL, has already whistled in two previous Olympics in London and Rio de Janeiro.

The volleyball tournaments at the 2020 Summer Olympics in Tokyo, Japan will be played between July 23 to August 8, 2021. 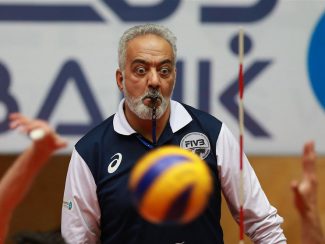