Japan men’s national team head coach Yuichi Nakagaichi announced he was stepping down from his role after the final of the 2021 Asian Men’s Volleyball Championship in Chiba, where his team finished as runners-up to Iran. 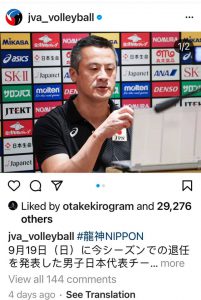 “I have made the decision to retire at this point,” Nakagaichi said at a virtual press conference.

“Since I took the job in 2017, I have had a lot of expectations and support, and I have received warm words from many people. Although it was a difficult task, I had a lot of encouragement.” 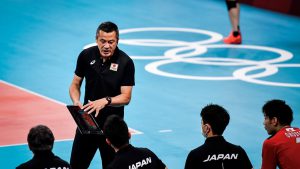 The 53-year-old mentor summarised the milestones of his five-year tenure that focused on establishing pillars of development for the team, including inviting a foreign coach and supporting his athletes to gain exposure overseas.

“I wanted to ask the coaches to unite and give guidance to the players based on their solid experience and refined teaching theories. Coach Philippe Blain, who was involved with the team since the first year, has teaching techniques that were suitable for the Japanese men’s team,” Nakagaichi said about his French assistant coach.

“Athletes should constantly face the world’s top players overseas to hone their skills and receive guidance from various coaches. It is important that this continues as a matter of course. (Yuki) Ishikawa, (Masahiro) Sekita and (Yuji) Nishida will all play abroad.” 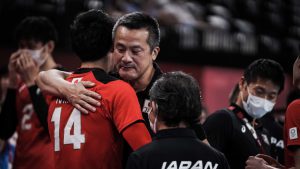 Nakagaichi also mentioned a change in perspective on defence and the importance of establishing an integrated guidance system or pipeline for the transition of age-group players to the senior team.

With the announcements of Kumi Nakada and Nakagaichi on their retirement from the national team, the Japan men’s and women’s teams will have new coaches for the next Olympic cycle.

Japan Volleyball Association Kenji Shimaoka commented on the schedule for appointment of the new head coaches.

“We are currently preparing the selection committee, which must be resolved by the board of directors by this month,” Shimaoka said.