Thailand captured their second win in the FIVB Volleyball Girls’ U18 World Championship after 3-0 (25-20, 25-23, 25-20) demolition of Puerto Rico in their last Pool C preliminary round in Durango, Mexico on Friday. 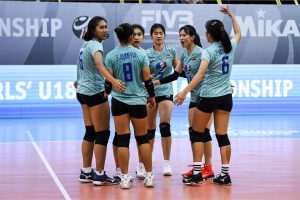 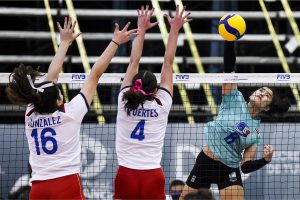 However, despite the victory, Thailand’s head coach Kritideach Arjwichai admitted that he is not satisfied with his team’s performance, “We made some changes in our lineup; our strategy was to concentrate on our reception and serving just to improve. We had some good moments but I’m still not satisfied with my teams’ performance. Puerto Rico had a good defense and didn’t make it easy for us. Against Brazil we will focus on serves to destroy their reception because they have taller players with big blocks that are difficult to control”. 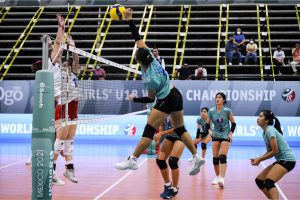 Ana Beatriz Fuertes, opposite hitter and top scorer of Puerto Rico: “Puerto Rico has improved in serve-pass and helped us to attack more efficient on positions one and two and by the middle. Our offensive needs to be better, some of our players did an excellent job and I can say that our serves weren’t that bad. It was a good match for us, yes we could have done it better”. 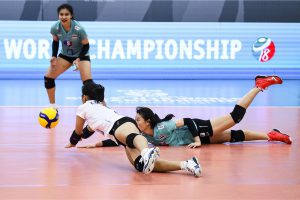 World No18 Thailand earlier received a bye in their first match against Nigeria before going down 0-3 to reigning world champions USA and 2-3 to world No.6 Romania. The convincing 3-0 win against Puerto Rico on Friday helped Thailand finish third in Pool C with 7 points from 2 wins against 2 losses, with the Puerto Ricans in fourth position with 3 points from one win against 3 losses. 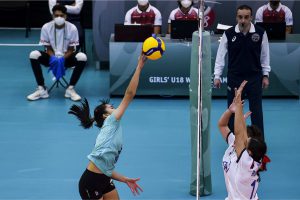 With only two first-round matches remaining, the pool plays will come to a close on Saturday. Top 4 teams from each pool advanced to the eighth finals which consist of a playoff (first of Pool A against fourth of Pool B etc). The winners of the playoff matches will advance to the quarterfinals, semifinals and finals to be classified from first to eighth, while the losers of the playoff match will play classification matches, with a similar quarterfinals, semifinals and finals system, to be classified from ninth to 16th. 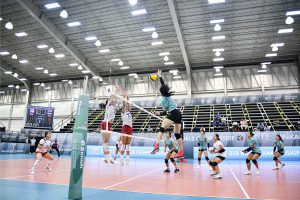 Thailand finished third in Pool C and will next go up against Brazil, current world No.3 and bronze medallists at the previous edition in Egypt, in the playoffs encounter on Sunday. Brazil, bagging 10 points from three wins against one loss, ended their first-round campaign in second place in Pool D to undefeated Russia.