Chiba, Japan, September 14, 2021 – Japan punched their ticket into the top eight teams, to remain in title contention for the 21st Asian Senior Men’s Volleyball Championship. With a 3-0 win (25-15, 21-15, 25-18) over India, the hosts swept their matches in the Preliminary Round to lead Pool A. 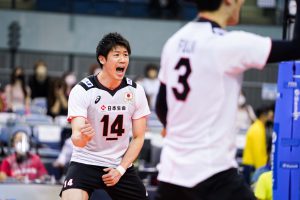 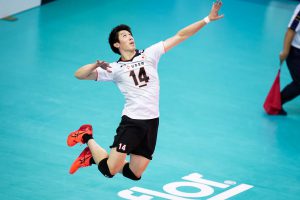 “I had to take some rest to recover from the injury. Finally, I’m happy to play in front of the spectators. I think I can play well now that my physical condition is better,” said Ishikawa. 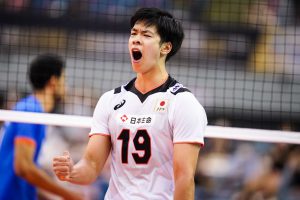 Ishikawa quickly went to work up front and from the backcourt. Miyaura made his trademark heavy hits from the right side. India tried to play along the host team’s tempo, but they needed more composure to be able to run their offense consistently. They confronted challenges in their passing, which allowed for their opponents’ dominance in the match.

Meanwhile, Japan kept mounting their momentum all the way to finish the first set at 25-15.

In the second set, India tried to regroup, running good attacks with Prince in the middle. But they needed to work harder in order to gain the points 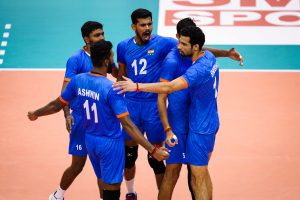 With their setter Naonobu Fujii, Japan consistently engaged the outside attack, which worked well to their advantage. Tatsunori Otsuka posted his share of points including the swing that spelled the 25-15 result in the second set. 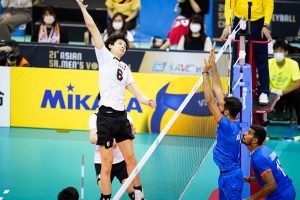 By the third set, the Japanese side continued to dictate the tempo, running the pipe attack on Ishikawa. They likewise succeeded with stuff blocks that simply branded their dominance, even against a tall India line-up. 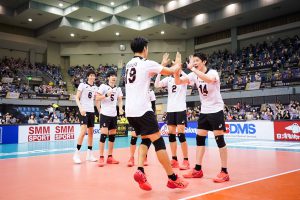 Japan sailed toward a 25-18 in the third set, giving the hosts the third straight victory in the competition.