JAPAN OUTPLAYED BY NETHERLANDS FOR THEIR SECOND LOSS AT 2021 VNL

The Netherlands shut out reigning two-time Asian champions Japan for their fifth victory in seven games at the 2021 FIVB Women’s Volleyball Nations League in Rimini, Italy on Sunday. 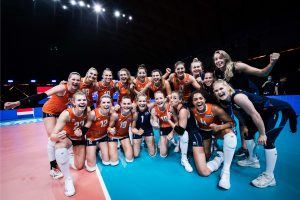 Japan fielded a strong lineup including Sarina Koga, Miyu Ishikawa, Ai Kurogo and veteran Erika Shinomiya, but were unable to shake off the Netherlands, spearheaded by Elline Timmerman and Nika Daalderop. The Netherlands survived a scare from Japan to see off the formidable rivals in hard-fought three-setter 25-22, 25-20, 25-23. 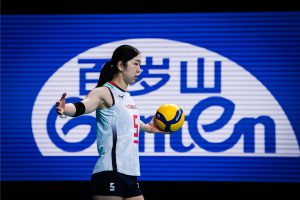 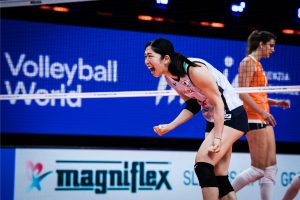 It was Japan’s second loss in this year’s VNL following their disappointment from the straight-set loss to Brazil earlier. Japan bagged five wins including a perfect 3-0 sweep against Thailand, China and Korea in their Week 1 encounters. 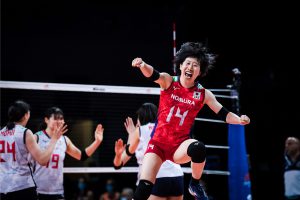 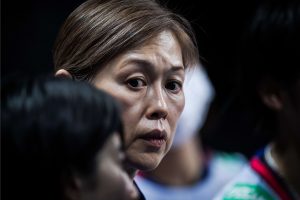 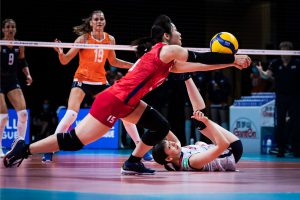 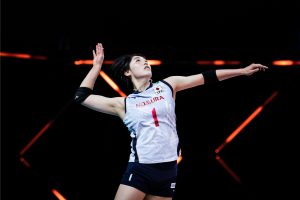 Japan’s Ai Kurogo said: “We missed that they were tipping and we couldn’t pick it up, thus we were not able to connect the offense. We have to focus on our mistakes and defence and ahead of tomorrow’s game we have to check again our block-defence system and we have to improve our spike.” 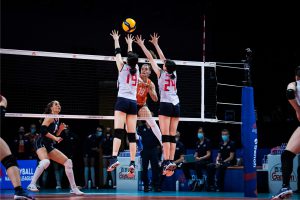 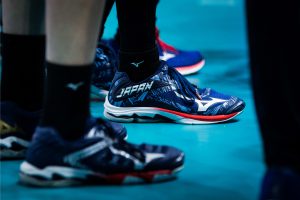 Eline Timmerman of the Netherlands said: “We are really happy, because Japan are really good at playing quick. They have good reception and service, but today we had everything under control. In the last part of the game we were a little bit too excited, but it was a good game. It’s a good start to the new week. We expected a tough long match, because they played very good, so to win 3-0 is like ‘wow’.” 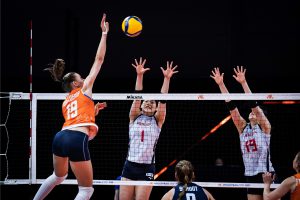