Powerful Zhang Changning tallied a match-high 37 points and China led Belgium in attacks, but it was not enough to secure a victory on Sunday as the European side outlasted the reigning Olympic champions in epic five sets in the 2021 FIVB Women’s Volleyball Nations League in Rimini, Italy. 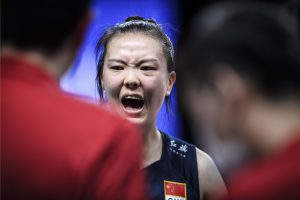 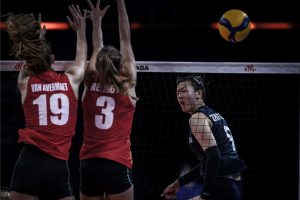 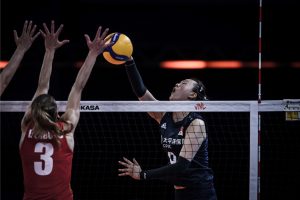 Belgium had 4 wins against 3 losses to bag 9 points, while China claimed 3 wins and dropped 4 matches for an aggregate 10 points. China’s Zhang Changning said at the virtual mixed zone: “I have to thank all my teammates, because they gave me a lot of power and they encouraged me. It was a hard game, but we never give up, we fought until the end. We struggled a bit in reception and our block could be better, too. We have to practice to improve our game ahead of the next game.” 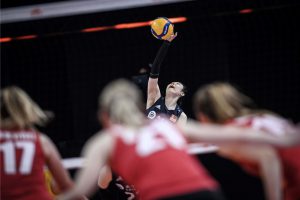 Ilka Van De Vyver of Belgium said: “It was amazing, it feels really good to earn such a victory. We knew that we have to push a lot with our service not to let them play all these combinations and we did it. We improved our block-defence a lot today, we dared to play more than before I think. We kept on fighting and that’s a thing we always have to do. Today it worked with five sets, so it looks like we love five-setters – it’s just a way to be as long as possible away from the hotel [laughing].” 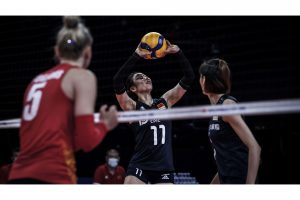